According to Gruenden, an advisory agency for new businesses in Germany, a startup is founded every 20 minutes in the German capital, prompting the tech scene to be referred to by locals as ‘Silicon Allee’. A city with a strong manufacturing past and thriving creative industry in the present day, Berlin’s economic success looks to the future in its prolific startup scene.

So, why is Berlin starting to overtake London as the go-to place for aspiring entrepreneurs? What conditions does Berlin have that create the perfect climate for a prosperous startup culture? 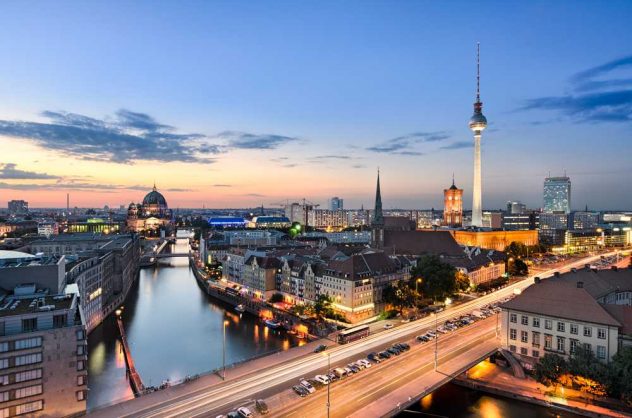 According to Real Business: lower rent, an upsurge of job opportunities and a lot of space for growth potential. “While London offers a good foundation in terms of capital and tech support for startups to grow, it mainly lacks quality of life. Berlin, on the hand, offers both,” says Paul Hermann, co-founder of online real estate marketplace Lamundi. “It has a lively startup scene, a cosmopolitan character with people from all over the world, but at the same time is an affordable place to live and start a business.”

It has support from all the right players

Recognising the economic importance for Berlin, the German government have adopted a “You scratch my back, I’ll scratch yours” attitude. The government only introduced a minimum wage in January this year for the first time, off the back of political pressure from the rest of Europe. While internship laws have tightened, there’s a feeling amongst the unions and left parties that they are only pandering to the masses, albeit with some red herrings afoot. Based on the study by Consumer Epic, the 8.50 euros minimum wage excludes those under 18 years of age, apprentices, interns undertaking a placement of less than three months as part of their studies, and the long-term unemployed.

Back in the private sector, giants like Google are also lending a helping hand to startups. Their German headquarters might be in Hamburg, but much of Google’s efforts are being focused on Berlin all the same. Recently, the ‘Google for Entrepreneurs’ program assisted in the opening of ‘The Factory’, a co-working space for new startups housed inside a renovated brewery.

You’re bound to find a young and motivated workforce. If you enter the offices of successful Berlin tech companies like EyeEm – a firm which offers an online community and marketplace for photographers. These are just some Berlin companies with an upward trajectory that have made waves in their respective markets in recent years.

Berlin is full of educated young people itching for a chance to get their foot in the door. One of the biggest reasons is the city’s cultural reputation; Berlin is an exciting and enticing place for young people to be, thanks to its bustling nightlife. Additionally, compared to some other countries, visas are renowned as somewhat easier to come by for non-EU citizens after the initial three-month travel visa expires.

Another factor which keeps young people rolling into the city is the cost of living. Let’s take London for example, where the average rent is more than three times the price of an apartment in the centre of Berlin. A city centre flat will cost you on average £1,627.97 per month in London, whereas in Berlin it will set you back just £454.05 per month. In fact, rent prices overall are 71% lower in Berlin than London.

The German startup scene appears to be showing no signs of slowing down as new companies continue to crop up in their droves, meaning that Berlin really is the place to be for young professionals and entrepreneurs right now.