SMEs are an important part of a country’s economy and wealth as they represent a significant core, as well as acting as a stimulus for competition and change, through the inherent entrepreneurship found amongst the sector.

There are many shining examples of family managed firms that have grown beyond the SME status such as JCB, Clarks Shoes, Bernard Matthews and also beyond many generations such as John Smedley, and Shepherd Neame to name but a few, however, a common problem afflicting the smaller family business as well as SMEs at large is …succession planning. 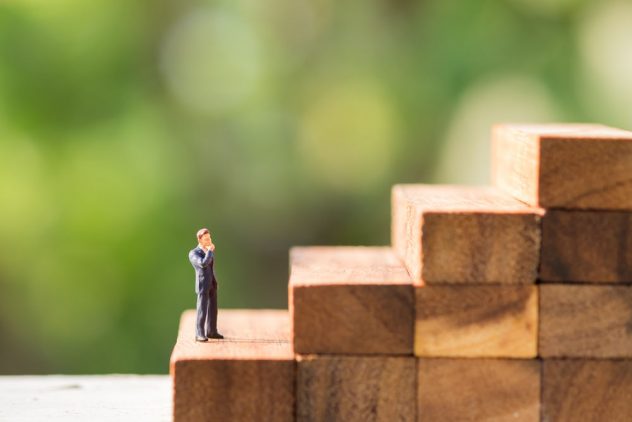 In the UK, the numbers are broadly as follows:-

This problem like many of the companies that face it is centuries old and as in so many cases there is no silver bullet. However, some good old fashioned planning would go a long way in many cases to providing some lasting solutions.

Neglecting to plan for succession – not just a UK weakness

This problem is not one that the UK is alone in facing as a quick scout around the world seems to indicate similar issues.

Succession planning – why not?

Most firms will have a history and their own culture, even SMEs. The existing culture is often the first barrier to consideration of the future.

Just because it is an SME does not mean that it may not be a hot-bed of Machiavellian pursuits. Boardroom politics can be played in the minor leagues as well as the majors. Given that many are family owned and / or managed then the complex arena, or battleground that constitutes family relationships, comes bounding into play.

For many, the desire to avoid unwanted family conflict is the driver to delay the succession planning issue, especially when future decisions may mean selecting one family member over another.

As SMEs typically suffer less red-tape, there may be a sense that the firm does not want to get bogged down in planning for the more distant future. The incumbent CEO is a ‘doer’ and does not have time for such activities, or is perhaps afraid to.

The element of fear can also be found internally with other directors or key persons not wishing to rock the boat – they have built up a relationship with the leader over time and who is to say what would happen if there was a change at the top. A new broom making more sweeping changes perhaps?

Whereas, externally, what might the clients/customers and other business partners think? Would they still favour the organisation or would they start to take their business elsewhere?

So, good old-fashioned procrastination can often be seen as the solution.

Creating a succession plan is essential – don’t put it off!

There is no one-size fits all solution as the reasons for the SME coming into being can vary as can the longer term motives of the founder. Some may be forced to set up on their own as their previous firm is making structural changes, others want to personally see more of the benefit of what they contribute to the business (rather than it go to other shareholders), some are driven by ideas and seeing them come to fruition.

In some cases if the venture does not work out then it is often thought that the owners would fold the business and return to being hired guns.

However, as the SME grows and becomes more established then this seems less of an option and the key personnel have a lot wrapped up in the business. The business not only represents a potential windfall but a significant risk if fortunes turn downwards. The income they derive to support their lifestyle, their post retirement pot including any assets held, pension contributions made etc can be dependent on the continuation of the business.

Whilst the end-game is the major planning concern, SME owners should not lose sight of the risks along the way. They should identify their key personnel and ensure that they have plans in place to cope with any unexpected absences for a period of time. Failure to have some business assurance plans could result in a sharp and destructive downturn which could have disastrous consequences. This would be akin to a decimation of an individual’s pension fund or lifetime savings.

Succession planning is not about one route or option – it may be a business sale, a turnover to corporate or partial ownership, or even gifting to children.

Whilst there is often an expectation to grow assets and businesses in the future, there is also a place for mature, sustainable SMEs which can manage through successions successfully with the new heads stepping in and taking over running the ship, perhaps adapting to the new conditions along the way. A sound example appears to be the funeral directors, Lodge Bros Funerals which is in its 7th generation of family running the business.

For many SME owners however the business does represent a sale opportunity which they hope will provide the funds for their retirement.

Failing to plan is planning to fail.

There is no one right way and SMEs will take different directions, however, some key planning can make the world of difference.

By being ready for succession can bring various benefits to the business, let alone on a personal level.

The benefits of planning for succession

The exit plan is a very good place to begin: plan your retirement as part of your SME strategy

SMEs are like individuals. They have their own identity, birth, journey and exit. They are often very closely associated to the characteristics and fortunes of their creators and managers. It is perhaps no surprise then that they can lack a cohesive succession plan since most individuals do not have their own lifetime plan. Busy and successful directors, who live and breathe business plans to drive the company forward, often fail to devote anything like enough time to planning their own financial affairs. Their own personal financial decisions are made on the hoof without a long-term strategy and context.

History repeats itself so they say and so yet another generation of individuals of all attitudes to risk persuasions will embark on entrepreneurial journeys without a firm idea of what they hope to achieve from their endeavours.

Obviously, life is full of surprises but a strategic plan at outset which includes a how and when they are going to exit the business would be a good place to begin.

This article was written by Brett Smith FPFS, one of the expert Chartered Financial Planner and Wealth Advisers at Tilney Limited

Efficient conflict management – How can HR convince the sides that they all are right and wrong at the same time?

The right key for the right lock

Shareholder protection: Is your business protected should the worst happen?

How to work with people who are different than you, making it a success

Ten tips on resolving conflict in the workplace

Should you join a family-run business?

Keep your employees happy at work with these essentials

Dominic Lill - November 10, 2017 2
It can often be something of an ongoing challenge trying to ensure that your colleagues are as happy as possible in working for you....
We use cookies. To learn more, read our Privacy Policy.Ok