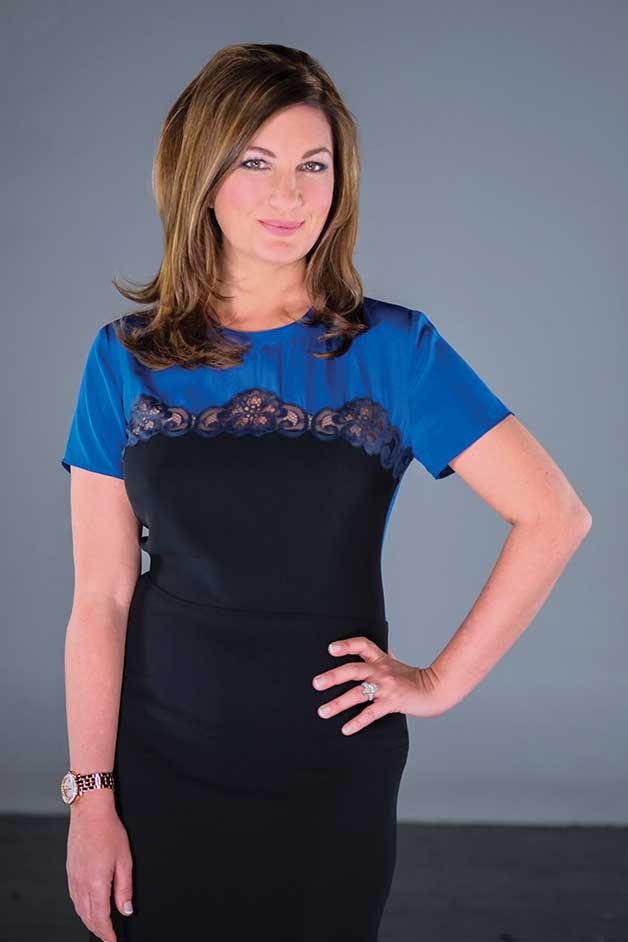 When I decided to focus on female entrepreneurs this issue, one businesswoman sprung to mind immediately for our cover; Karren Brady.

I met Karren at the Nectar Business Small Business Awards and when she walked into the room, she owned it – she has a confident, serious business-like air about her, but she’s also elegantly feminine, friendly and attentive.

However, I couldn’t help feel a little in awe of Karren. She started her career aged 18, at Saatchi & Saatchi on its graduate scheme, despite never attending university, and swiftly moved on to London Broadcasting Company as a sales executive. She was tasked with selling adverts for an unpopular slot, and asked David Sullivan to advertise his Sports Newspapers. At first he declined, but Karren’s champion selling skills soon had him spending £2 million on advertising. Impressed with Karren, Sullivan offered her a job and within a year she became director of Sports Newspapers.

Four years later, Sullivan and Karren were looking for a new venture and purchased Birmingham City FC, which was in administration. Karren took over as managing director from 1993 to 2009 and turned the club’s fortunes around. Aged 23, she became the “first woman in football”, and when she floated the club on the stock market in 1997 she became the youngest MD of a UK public company.

In October 2009, the club, valued at £82 million, was sold. Three months later Karren was appointed vice-chair at West Ham FC after its purchase by David Sullvian and David Gold, the club’s joint chairmen.

Karren is also non-executive director of Mothercare, chairman of Kerrang! magazine, non-exec director of multi-national retail company Arcadia, and non-exec director of Simon Cowell’s marketing and production company Syco. She regularly appears in the media – most notably on TV as Lord Alan Sugar’s right-hand woman on BBC’s The Apprentice. She’s also an ambassador for charities; The Stroke Association, WellChild and the Teenage Cancer Trust.

How does she do it?

‘Finding a work/life balance is important,’ she told me. ‘You have to realise that you can’t do everything.’

Success runs in the family; her Irish father, Terry Brady was a self-made millionaire who owned a printing company and was once chairman of Swindon Town FC. She says her father, and mother Rita, taught her the value of hard work, but what drove her was a need for independence. ‘At boarding school nothing was mine,’ she says. ‘I wanted to be in control of my own destiny.’

To me, her confidence is most alluring and she says this is the quality many women struggle with in business. But when I mention a lack of females on corporate boards she replies: ‘Not on mine. 60% of my manager team are women.’

Karren is passionate about female entrepreneurs and SMEs, and they can all learn a thing or two from her.

“Sweeping up hair in a salon when I was 16… everyone thought I was just a kid, but by the end of the week I was  running the place“

Why did you become involved with the Nectar Business Small Business Awards?

Small business is very important to me. I remember what it was like setting up my own business, taking that giant leap of faith, while everyone around you is trying to put you off the idea.

These awards give SMEs a platform and a seal of approval to help them grow.

What was your very first job?

Sweeping up hair in a salon when I was 16. On my first day I know everyone thought I was just a kid, but by the end of the week I was practically running the place. I’d re-organised their appointments and their pricing system.

Did you always want to be an entrepreneur?

From a young age I had one ambition; to be independent. I went to boarding school where nothing is your own, not even your bed. Everyone else controls your life, they tell you what to eat, when to sleep – I wanted to be in control of my own destiny. I knew I needed money to do that, so I identified what I was good at. I was a good communicator, creative, and good at sales, so I went into advertising.

What are some of the biggest challenges you’ve faced in business?

As a small business owner – getting investment, finding the right employees, being prepared to learn the business along the way because I didn’t know everything. I had to learn every skill I could and constantly update them, and if I couldn’t learn particular skills I had to employ someone who had them. I had to work out my sales and marketing strategy, I had to figure out how to promote, how to tell my story, and my budget strategy.

Now, I employ 800 people – I have to make sure all of those people feel a part of the business, that they are well paid, and they’re able to follow their dream in the company. I have to create a great culture.

What are the biggest issues facing female entrepreneurs?

The ability to manage a business and have a family. It keeps most females awake; I used to think, “How do I get to my child’s sports day and the board meeting at the same time?”

My two girls are in their teens now. My diary is colour-coded so I can manage my life/work balance and devote time to each.

I also think fear and a lack of confidence can stand in the way of women. Men get knocked back after applying for a job and don’t think twice about reapplying. Whereas women will “um and ah” about it.

What would your advice be to fellow female entrepreneurs?

Make sure you’re being taken seriously. Be confident and promote yourself – if you don’t credit yourself, who will?

I’d also suggest seeking a mentor to help guide you. 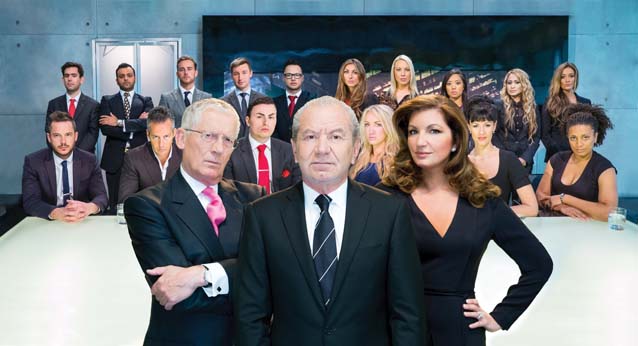 “Men get knocked back after applying for a job and don’t think twice about re-applying. Whereas women will”

How did you first get involved with BBC’s The Apprentice?

The show was already successful and well known before I joined. I met Alan when he was chairman at Tottenham and we became friends. I appeared on Comic Relief Does The Apprentice as a team leader and returned as a guest interviewer in series four. When Margaret Mountford left, I stepped in.

There is a lot of praise for the show but also many critics. What would you say to those critics who complain the show doesn’t represent real life or business?

You have to look at the outcome of the show. From the last series alone three businesses have been set up, with £250,000 invested. It may be a TV show but it has serious objectives. It might not always be truthful to life or business but it’s a positive show.

You are involved in a lot of businesses right across the board, which of your ventures is most connected to your hobbies?

I enjoy everything I do, when you stop enjoying something you stop doing it.

You’re known as the “first woman in football”, how does this title make you feel? 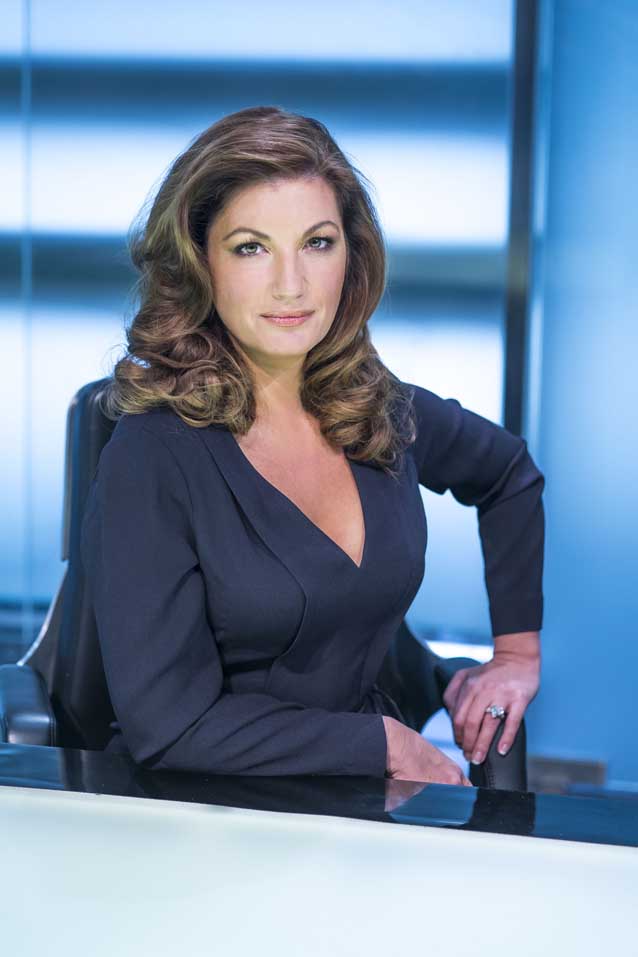 “When I joined West Ham [it] was in £100 million worth of debt. Now we’re looking to move to the Olympic stadium in 2016 and are reporting profit”

Do you enjoy football because I’ve read a few articles that you don’t?

Yes I do like football, and I don’t know why some people say I don’t! I’m in my 20th year in football.

When you became MD of Birmingham City you were just 23, were you nervous?

No – I was excited. When you’re young you’re thick skinned. I had a plan. I was positive, dogged, full of energy, and determination. The first year I became MD the club made profit for the first time.

Building a culture was the hardest thing, renewing the structure and building that togetherness a business needs.

What does the future hold?

When I joined West Ham the club was in £100 million worth of debt. Now we’re moving to the Olympic stadium in 2016 and are reporting profit for the first time since I joined.

A few fooball fans have criticised the move to the Olympic stadium. How will this help West Ham?

There are many great stadiums in the UK, but there’s only one Olympic Stadium. It’s iconic and world class, it will transform the business model and our branding, and it will it expand our spectator base.

In regards to seating, we are currently working on a £200 million plan, the stadium will have four sides of retractable seating, and so spectators won’t be further away from the pitch. 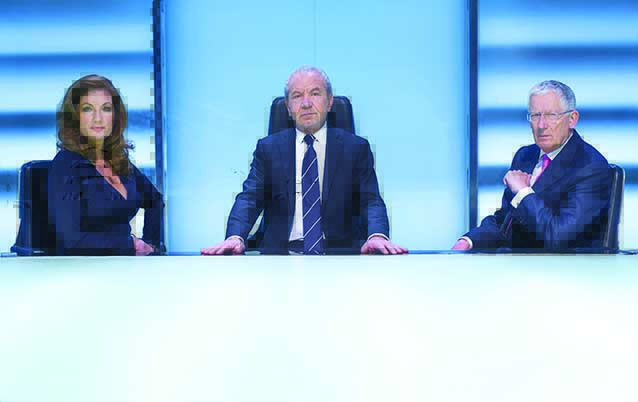 3 key steps banks must take to react to FinTech innovation

How to survive the dangers of rapid growth – and prosper