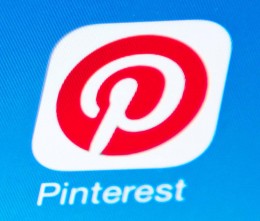 By Christopher Pett, a consultant at Dehns, a firm of trade mark and patent attorneys

The website Pinterest is a social networking and content sharing site launched in the USA in March 2010 by Pinterest, Inc. Most of its activity has been US-based though there has more recently been some activity in the UK and continental Europe.

Someone somewhere overlooked the need for trademark protection, and to date at least, they may have missed the boat in Europe with potentially dire consequences.  In January 2012, AH Innovation Limited applied at the Community Trade Mark Office (OHIM) to register PINTEREST as a Community Mark for services including “education; entertainment; sporting and cultural activities and personal and social services rendered by others to meet the needs of individuals.”

This was apparently made in good faith and was allowed to advertisement without problem.  It was opposed by Pinterest, Inc. based on some use of their website throughout Europe under their unregistered mark.  The PINTEREST application was assigned to Premium Interest Limited, a news collection site at around the same time.

Oppositions based on unregistered rights under Art.8(4) require good evidence relevant to each jurisdiction supplied within the deadlines set.  To date this has proved Pinterest, Inc.’s undoing in that whilst some showing of public recognition, website traffic etc. in relation to the UK was provided in time (a situation not helped by a late change of representative and a non-compelling extension request that was refused), no concrete evidence was submitted regarding any of the situation throughout the rest of Continental Europe.  In relation to the UK itself, where the burden of proof is essentially that of being able to win a passing-off action, the evidence was considered by the OHIM Opposition Division as insufficient, much of it having been provided late.  The opposition failed completely, which means that unless Pinterest, Inc. can prevail on appeal and/or come to some terms with Premium Interest, they will be faced with the prospect of having to change their manner of use in Europe.

This may seem harsh but reinforces once again the importance of seeking trademark protection in appropriate jurisdictions at an early stage.  Pinterest, Inc. weren’t even that quick off the blocks in applying to register their marks in the USA, with applications there filed only after the AH Innovation European application.  The prospects on appeal may depend on the extent to which any of the evidence filed late during the opposition is considered together with a re-assessment of the impact of what was filed in time.  The result is still not a foregone conclusion.

What small businesses need to know about relevance and accessibility