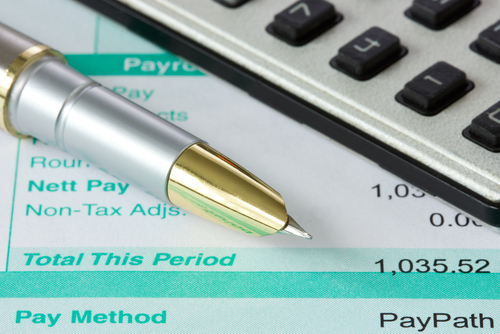 It has been almost a year since Real Time Information (RTI) was first introduced by HMRC. While certain businesses were granted a “relaxation period” for certain reporting requirements, this period will be coming to an end in April. These businesses will now be asking what steps they need to take to ensure they are fully compliant by the deadline and can avoid any financial penalties.

When RTI was initially introduced it was widely viewed as one of the biggest changes to payroll in over 70 years. Previously businesses were only required to report PAYE information to HMRC annually, at year end. Under the new legislation businesses are now required to electronically submit this information “on or before” each payroll run. This means that for certain businesses which have weekly payrolls, they had to move from making one submission to HMRC a year to making over 50.

To try and make the transition smoother for certain businesses who would struggle, HMRC introduced their relaxation policy. Under this relaxation, a small minority of businesses would be able to submit the required information to HMRC at the end of their standard payroll run, rather than “on or before”. This relaxation was initially meant to run until 5th October 2013, but was later extended to 5 April 2014.

So regardless of what you may have been told, there will be financial penalties being introduced and it is your responsibility to make sure your business is prepared if you wish to avoid these.

By following these top tips, you can ensure the transition to full RTI reporting is as stress free as possible.

1)  Make sure you have RTI compliant payroll software in place

If you are running your own payroll in house, you should already have RTI compliant payroll software in place. It is important to make sure that your software is not only compliant, but is also suited to your specific business requirements. There is a range of free and paid for payroll options available to businesses, so you should look at the size and complexity of your payroll and make sure the solution you choose can handle your requirements.

2)  Consider outsourcing if the task seems too much

If running your payroll in house seems too daunting a task, there is also the option to outsource your payroll and let somebody else do the work for you. If you decide to take this route, there are certain questions you should be asking your provider. Most importantly, you need to ensure they are RTI compliant, but it is also worth finding out what other services they offer, as this can vary.

3)  Make sure your data is up to date and accurate

One point which was highlighted in the run up to the initial introduction of RTI was the importance of data accuracy. Feedback from employers who have been complying with RTI for the past year has confirmed this. Making sure that you have correctly set up employee records and maintain these with accurate, up to date information will help make the transition to RTI reporting much easier, helping you avoid any financial penalties.

4)  Educate yourself on the change

As with any major legislative change, education is key. Making sure that you and your staff understand the change, as well as the effect it will have on your company and processes is key to success. There are a variety of different ways you can educate yourself, depending on the level of knowledge you wish to acquire. In the run up to the introduction of RTI IRIS trained over 13,000 employers and payroll professionals to help them get to grips with the legislation and the steps they needed to take to ensure compliance. These training courses were supplemented with free guides, online webinars and free “RTI health checks”.

5)  Give yourself time to prepare

The RTI relaxation period is coming to an end at payroll year end, which is already the busiest and most stressful time of the year for payroll professionals. While RTI has removed the need for P14s and P35s, it has also brought in a range of new processes you need to be aware of.

By planning early and starting to prepare as soon as possible, businesses can make both year end, and the switch to complete RTI reporting as stress free as possible.