Personal non-mortgage debt has become an accepted fact of contemporary British society. This is due to a complex combination of factors including changing attitudes, increased ease in accessing credit, students financing their studies through loans, overdrafts and cards, and the consequences of the recession. 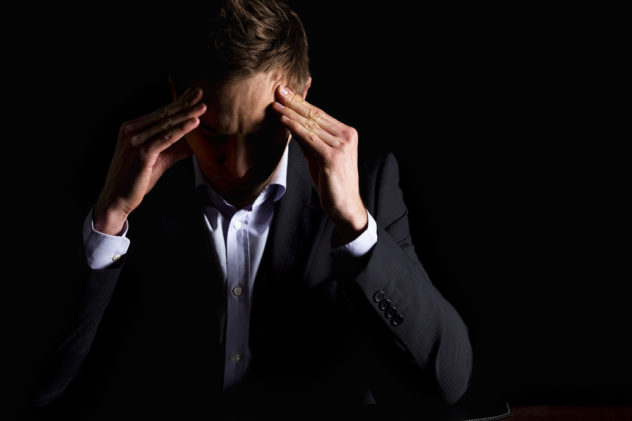 People of working age are the most heavily indebted, and 25 to 34 year olds are the most indebted, with 73.9% of this group having non-mortgage debts. According to recent research by Demos, 28% of people in this group saw their debts increase in the last five years and 22% owe more than £10,000. The link between debt and depression is inevitable.

Traditionally most employers regard their employees’ financial situation as their private business, especially as discussing money is such a sensitive subject. However several recent studies have made the link between debt, depression and other health problems clear.

British personal debt currently stands at £1.4 trillion and is set to rise to £1.9 trillion by 2018, and with 9 million people experiencing serious debt problems, it seems that employees’ financial difficulties might increasingly impact their employers.

Does debt cause depression and why?

Several studies have shown a link between debt and depression. Research undertaken by Chris Fitch at the Royal College of Psychiatry shows that people with debt problems have double the likelihood of suffering a major depressive episode.

Research from America suggests that being more than two months behind on payments or struggling under what is felt to be a heavy debt burden is associated with a significant decline in mental health.

Another survey reveals that over two-thirds of people seeking help with debt management are also seeing their GP for depression, anxiety or other medical issues stemming from their situation.

The link can partially be explained by the simple stress of being debt. Excess long-term stress increases the production of cortisol and adrenalin which have a negative effect on mental health. For employees in SMEs, Acas (Advisory, Conciliation and Arbitration Service) indicates that the leading cause of stress at work is financial concerns rather than issues to do with work.

Perhaps unsurprisingly, there’s a link between problem debt and poor nutrition too, and having a low quality diet can also be a contributing factor to depression.

How does depression affect employers?

According to a leading mental health charity, depression accounts for 20% of all sickness leave. This adds up to 155 million working days lost last year alone.

Employees who continue to work may well be less productive owing to common depressive symptoms such as having difficulty concentrating, indecisiveness, forgetfulness and even exhaustion caused by insomnia.

The financial and operational impact on employers isn’t limited to the cost of having an employee off sick. It also means having teams working with reduced levels of human resources and skills gaps. Having a well-regarded member of staff, whom a company has made a significant investment in, on long-term sick leave, or leaving the company altogether, can represent a significant loss.

What can employers to do?

Talking about money can be a sensitive subject – all the more so at work. However, there are some things that employers can do to try to support any staff members struggling financially.

Many people experiencing money problems don’t actually seek help, even though this can be one of the most useful things to do. Employers can help by highlighting appropriate resources.

In larger organisations, this might be making sure that debt issues are covered on employee assistance services and publicising this throughout the company. As there is still often stigma associated with debt, it can be helpful to let employees know that advice and support will be non-judgemental and confidential.

Some companies even run financial awareness courses for staff, although this is only likely to be practical for bigger firms.

However, even the smallest companies can support their staff. This can be as simple as having a list of resources on the intranet or old-fashioned noticeboard, or just by being aware that debt can contribute to conditions such as depression, anxiety and stress and being prepared for this to come up in discussion.

Create a business plan in your lunch break – Step 1

Dominic Lill - July 8, 2014 0
Mark Edwards, general manager at www.rocketlawyer.co.uk, brings you this essential guide to creating the perfect business plan during your lunch break. Follow the six-part...
We use cookies. To learn more, read our Privacy Policy.Ok