Just as businesses have never been more reliant on high-performing sales personnel to capitalise on the economic upturn, glaring gaps have been exposed in the UK’s pool of sales talent and practices.

The latest research carried out by Sales Initiative Magazine (SI), the UK’s only magazine dedicated to the professional management of sales, reveals a lack of core sales practices among industry management. Nearly three-quarters of respondents admitted they had little awareness of their direct competitors and a further 64% admitted they were unable to assess customer needs adequately. 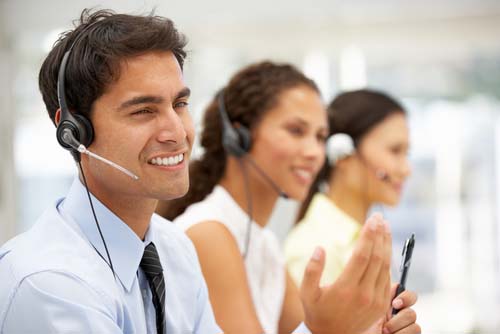 The survey and its results have prompted the launch of a new manager assessment tool that can be used to accurately evaluate potential sales candidates in just 45 minutes. It will also allow sales management to target sales training where it is most needed.

SI’s study comes in the wake of research by the Aberdeen Group, which revealed a surge in the number of organisations reliant on high-performing sales teams that are exploiting two-phase assessment of potential sales talent. Its findings revealed that between 2010 and 2013, pre-hire assessment grew by 21% and post-hire by 6% as more companies realise the worth of quality assessment tools.

The Aberdeen Group also revealed that ‘best-in-class’ organisations were four-times more likely to link both pre- and post-hire assessment data to a candidate’s on-going performance to enhance the future assessment and management of that individual. The survey suggests that without making this link, the organisation risks losing any credible method of quantifying the value of candidate assessment.

The SI survey data reveals that exposed failings are standing in the way of many organisations seeking to maximise potential in the expected upturn of the UK’s economy, which will be key for many businesses’ survival and the financial health of the UK.

The 2014 UK Sales Skills Audit (USSA) revealed 73% of respondents fell down on “awareness of competitors“; 64% were not up to scratch when it came to “understanding the customers’ needs”; and 55% were below par in the categories “testing and challenging assumptions” and “keeping abreast of new products and services”.

Andrew Dugdale, Managing Director of SalesAssessment.com, commented: “It is critical that UK companies address the significant skill shortfalls identified by the recent USSA.

“This is a particularly strong message today, given how the USSA’s findings reinforce findings from the UK Government’s own research, which shocked the profession in 2012 by showing employers reporting 56% of their sales people lacked basic customer handling skills. What is even more shocking is that in the latest 2014 figures released by the UK Government this figure has risen to 62% of sales people lacking basic customer handling skills. This is far worse than the figures achieved by the UK’s global competitors when surveyed using the same modules used by the USSA to measure UK sales skills. The impact on UK business is that almost half of the 91,000 businesses surveyed reported losing orders because of these skill gaps.”

How will the open talent economy affect the future of work?