The Cannabis Sativa plant is, as many know, illegal in the United Kingdom, despite the fact that it is possible to obtain licenses to grow industrial hemp there – which is, of course, Cannabis Sativa. So while it is permitted to legally grow the non-psychoactive cousin of marijuana, growing the strains with medicinal and mind-expanding qualities is still prohibited. 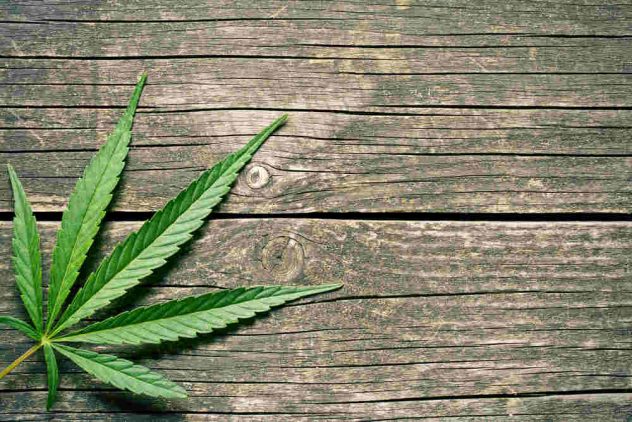 There were some efforts made in the past in order to slightly change the legal status of cannabis in the United Kingdom. Originally defined as a class B drug, along with many opioids and amphetamines, cannabis was temporarily transferred to the Class C category in 2004, meaning “offenders” would not be arrested in cases of consumption or possession of small amounts – a sort of de facto decriminalisation.

While not ideal in many ways, notably the medicinal aspect of the plant, this change allowed British police forces to shift their focus towards truly devastating hard drugs, which had – and still have – a greater impact on society as a whole, and on British youth, than cannabis does, on numerous different levels. Unfortunately, cannabis returned to being a Class B drug in 2009, against an opposite recommendation from the Advisory Council on the Misuse of Drugs. During the same period, eminent scientists – among them, the illustrious Professor David Nutt – who expressed their pro-marijuana views while being employed by governmental entities were sacked, only to found their own drug-control-related organisations.

Currently, the UK does not benefit from a medicinal marijuana program. British laws do not recognise most of the therapeutic uses of cannabis made by the rest of the world, be they locally legal or not.

While there are many non-profit organisations campaigning incessantly for the recognition of these medicinal properties, through anecdotic evidence as well as studies originating from the medical and scientific communities, there are currently no concrete moves towards legal medicinal marijuana supported by the British government.

Nevertheless, since 2006, the cannabis-based product “Sativex” has been authorised in the UK, and its official status has progressed through many levels of legality before finally reaching the current situation: not only can it be prescribed to treat spasticity induced by multiple sclerosis, it can also be prescribed in the context of other pathologies, although the choice of doing so is considered at the involved medical professional’s own risk.

On the other hand, Bedrocan, the Netherlands-based company responsible for providing buds to most countries authorising medicinal cannabis, does not cover the United Kingdom yet. However, in some cases, it has been possible for British citizens to benefit from medicinal cannabis prescribed in the UK, and purchased in other European countries, which is quite a substantial hint in the general direction of legal medicinal cannabis.

Partly because of the tremendous progress made towards legal cannabis in numerous places in the world, many new activist organisations have been created in the UK in recent years. These groups aim to raise awareness in regards to the multiple benefits of medicinal cannabis as well as in regards to the lack of danger entailed by its recreational consumption. While most of their materials are based on anecdotal evidence, an increasing number of Members of Parliament, eminent scientists and medical professionals have been joining the activist movement. Hopefully, what can be observed will eventually blossom into a sensible drug policy.

Cannabis seeds: Effects, components, use and side effects

The cannabis industry and COVID-19

What you can’t store in self storage

Is CBD just a fad?

5 profitable and unusual businesses you can start in 2020

The CBD business is booming – but can anything cause a bust?

Dominic Lill - September 11, 2019 2
With the UK’s long-term future in turmoil thanks to Brexit, warnings about rising costs are becoming routine and normalised; they don’t provoke...
We use cookies. To learn more, read our Privacy Policy.Ok