For many different reasons,as of late, industrial hemp has been quite the popular topic everywhere in the world.

Not only has the crop been under the spotlight for its versatile nature, but its psychoactive cousin, cannabis, has also been the object of many discussions for medicinal as well as recreational purposes. And while hemp still cannot be grown legally in many places in the world, it remains possible to do so in the United Kingdom, provided one obtains the necessary license. 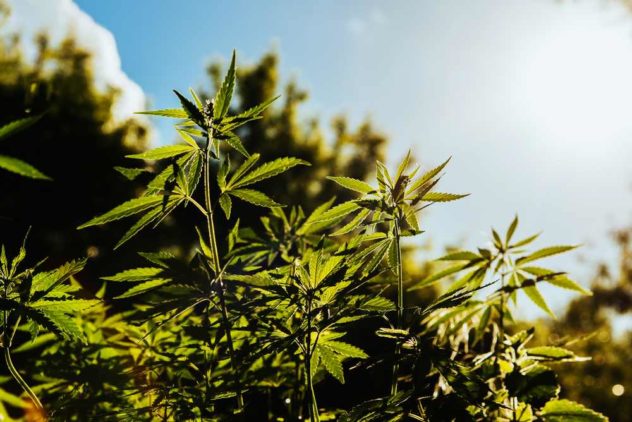 There are many possibilities arising from growing industrial hemp. Many of them are in fact well-known uses of the plant which were discovered thousands of years ago by ancient civilisations, and have benefited human societies throughout history, until the “Reefer Madness” era.

In recent times, human societies, increasingly aware of healthy living, of the environmental impact they have on the planet, and of the eventual exhaustion of natural resources, are rediscovering these different applications, along with newfound discoveries which could benefit many modern industries.

Superfood for body and soul

The nutrition and health industries have been increasingly aware of hemp products, especially these last years, together with the rise of the “superfood” trend. Indeed, hemp oil is considered to be highly nutritional, due to its 3:1 ratio of omega-6 to omega-3 essential fatty acids, which matches an individual’s daily needs with only one tablespoon. Hemp can be consumed in many other states, including in the form of seeds, sprouts or hearts, and can be transformed into tofu, milk, flour, etc.

Hemp oil is also used in body care and hair care products, because of its moisturizing and anti-ageing properties. In fact, these properties are so pronounced that the oil is occasionally ingested to treat mild to severe skin diseases such as eczema or psoriasis.

And when it comes to the other nutritional benefits of hemp, the sports industry is not to be outdone in the matter; hemp-based protein powder is among the most sought after dietary supplements nowadays due to its natural and risk-free qualities. It is currently heavily used by athletes as well as in the context of weight loss.

It is no secret that hemp fibres are extremely sturdy. Their absorbing qualities and resistance to pests have made them a core material for the sailing industry for centuries, notably for cordage, sails and the insulation of hulls and decks. While these applications are now irrelevant due to the relatively recent rise of synthetic materials, these same properties have been exploited during the last decades in the construction industry, which has experimented with hempcrete, a hemp-based concrete-like material that can be used for construction and insulation alike.

Not only these products can more than easily compete with “classic” concrete in terms of performance, the carbon-neutral element that comes with growing hemp makes it a much more environmental-friendly industrial crop. In Europe, the company Hempflax, based in the Netherlands, harvests and processes 5930 acres of hemp plants every year, and is one of the main producers of hemp and hemp products on the continent.

But this is not the only occurrence of the crop offering a more responsible solution to an industry in the process of exhausting most of the natural resources available to it. Besides the most-needed possibility to produce bio fuel, hemp fibres can also be used in combination with other plant-based fibres to create bioplastic and composite materials. They also used to be a major resource for making paper, which is still the case to some extent; there are still many finest-quality books, such as some Bibles, which are printed on hemp paper.

In these specific cases, it is not too far-fetched to imagine that an increase in the use of hemp could contribute to a larger effort to stop deforestation as well as the massive discarding of non-recyclable materials everywhere on the planet.

Unfortunately, the industrial hemp landscape, whether it is in the United Kingdom or anywhere else in the world, is not developed enough at the moment for it to truly make a change in the way our species deals with its natural resources. Infrastructures and public opinions need to change first; hopefully, the battle for cannabis legalisation will contribute to people recognizing the true goldmine that the Cannabis Sativa plant represents as a whole.

Everything you need to know about self-employed health insurance

Should you invest in cannabis stocks? Diversify your trading portfolio

Rachael Caffrey - December 7, 2017 0
If there is one shared love around the world, it has to be food. So it’s no wonder why there is a lot of...
We use cookies. To learn more, read our Privacy Policy.Ok