Getting to know you: Research reveals the better you know your local shopkeeper, the more you spend.

A national survey by Groupon UK has revealed that 72% of Brits prefer to buy from people they know and spend up to £61 more in their local shops if their shopkeepers know them by name.

This is particularly good news for customer-friendly retailers, as the research found that not only are you likely to spend more, you’re likely to visit more too, with respondents saying they would be 25 percent more likely to hit their high streets if the shop owners knew them by name. 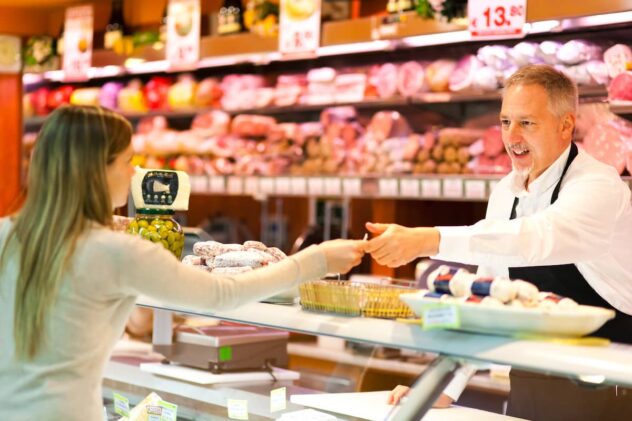 The survey, which looked at the frequency of visits and average amount spent, also found that independent restaurants and beauty salons could benefit most from getting to know their customers. Brits would be willing to spend up to £55 more a year in their local salon if they were greeted by name, and up to £34 more at their local coffee shops, if the barista gets to know their name.

The findings suggest that shoppers have already been striking up conversations. 17% said they had shared something private about themselves with their local hairdresser, and 21 percent said their neighbourhood corner shop knew a family member or partner, whilst over a third (36%) said they were on first name terms with their local shopkeepers.

Commenting on the results, Roy Blanga, Managing Director of Groupon UK, said: “Whilst there’s been a rise in online shopping and self-service technology, where interaction with retailers is minimal, it’s clear that many customers still want interactions with real people in physical shops. Quality, personalised service is key to customers, and is increasingly becoming the ‘edge’ that independent retailers and services need to be offering to stay relevant. This need is not without demand; there’s currently an ongoing surge in consumer demand for local independent retailers which provide a personal, local shopping experience. Customer care is still highly valued by the British public, and continues to make the British High Street special.”

Nearly all (93%) of respondents to the survey said they would chat to their shopkeepers if they had the time, with over half saying they catch up on the news and one fifth chatting about each other’s families. Over half of people said they rely on their local shop keeper to keep up to date with local news, and nearly a third (32%) of us see our local corner shop as the pillar of our community.

With the Great British High Street increasingly under pressure as more people opt for out-of-town shopping centres, online and mobile shopping, the relationship between shopkeeper and customer is now more valuable than ever before.

Investing in brand marketing: Why is it important?