Business leaders in the UK regard less than a quarter of their sales people as ‘star performers’ according to a survey from Artesian.

The overwhelming majority reported that almost three quarters of their sales force did not achieve and regularly miss targets and classed 30% as weak or struggling. 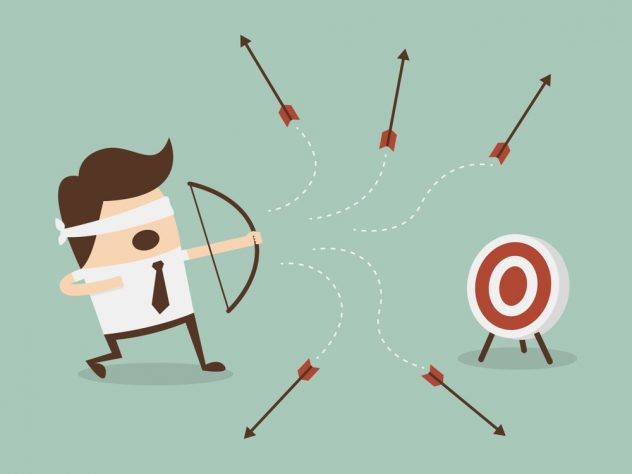 The results of the survey, which was carried out during October by 115 senior decision makers at manager level or above, highlight the frustrations that have existed for decades, reinforcing the ‘Pareto Principle’ that 80% of sales are delivered by 20% of the salesforce. This was further compounded by the finding that 90% of respondents felt that if they fired their weaker performers it would not greatly impact revenue as they miss targets.

“Sales organisations have not progressed in decades,” commented Andrew Yates, CEO at Artesian. “Especially when we consider the advances in technology and access to information now available – if the majority of the sales team is not performing to a high level we have to urgently ask ourselves why. Why are we not focused on building vital traditional sales skills and developing behaviours that we know result in sales success?”

The survey shed an interesting light on attitudes to technology and in particular social media. It revealed that whilst 97% of leaders thought technology made it easier to identify, connect with or get noticed by customers, paradoxically 80% also thought that the flood of communications that a customer receives makes it harder for sales people to be noticed and easier for them to be ignored. This confusion was also reflected in attitudes to the availability of information delivered by sources such as Google, customer websites and social media, with 42% saying that it had made selling easier, but 40% saying it had become harder because there was a ‘deluge’ of information. Almost half, said that they believed social media should be something that could help salespeople, but whilst a further third agreed, they were not sure how.

“What this tells us is that sales teams are not able to make the best use of social intelligence. Clearly many managers, directors and even CEOs are unaware that there are powerful technology tools that deliver accurate data, often based on social media that can empower a sales person to identify opportunities and make a connection with a customer. The responsibility for making the entire sales team into ‘star performers’ lies with business leaders, who can give them the tools they need to change their professional behaviour and turn around their results,” said Yates.

There is blanket recognition that timely and regular insight into the markets occupied by customers has an important role, with 96% saying it would be helpful, and three quarters of respondents stating that customer-relevant knowledge was the most important factor in gaining the attention of a buyer.

These findings are mirrored by a recent survey from the Forrester Group which surveyed 319 executive buyers finding that they reported 76% of sellers did not know enough about them or their business.

The survey carried out by Artesian, also sought to establish key characteristics of top sales performers and there was overwhelming agreement that these included; being a good listener, being informed about customers, preferring to act like themselves, believing in face-to-face meetings and always being self-motivated. 80% of the respondents agreed that always applying best habits was the key to high sales performance and not behaving as a ‘maverick’ as it could lead to regularly miss targets.

“Our own customers, who use the Artesian solution to access real-time powerful insight, are testament to the fact that it works for them and over 90% of users interact with our service more than once a week, with customer retention remaining at an industry beating high” said Andrew Yates. “If senior managers take time to understand what technology can do for their sales teams, they will quickly transform their profits.”

Strategy Surgeon: 10 top tips to ensure you have the best chance of investment

When money matters: The financial do’s and don’ts of your small business