For as long as there have been moving pictures, their power to provoke, entertain and beguile us has gone from strength to strength.

Video is the latest manifestation of this and there is no getting away from it. It’s on your TV and computer, your tablet and your smart phone, it’s in shop windows, on public transport… nowadays you only have to get on a bus and there is a video screen attempting to inform, entertain or entice you to do/read/buy something (delete as appropriate). Video is ubiquitous and there is a clear and simple reason for this growth – it works. 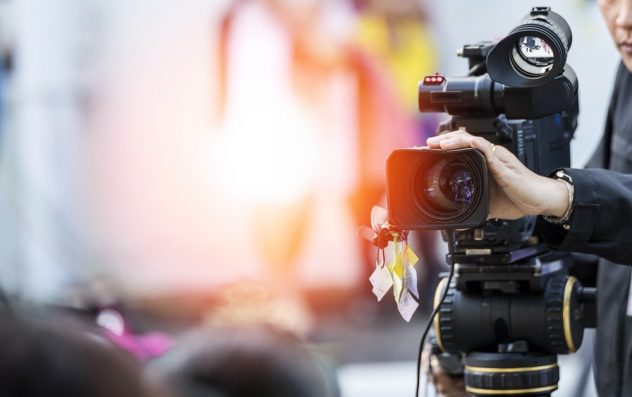 Developments in video production technology now mean that, whatever you want to say, the most visually compelling imagery is available to you at a price that is accessible like never before. Combine this with the massive increase of devices that put these images in front of your customers like smart phones and tablets and all of a sudden video production has never been so important. As part of your marketing mix it’s impossible to ignore video and with the great return on investment it can bring, why would you?

Video is now the essential corporate communication tool. It’s great for reaching your customers, staff and just about anybody else you can imagine. Video is by far the best way of delivering information quickly and accurately to your audience, whoever they are.

And if the power of the video itself was not enough, you would’ve had to have been living under a rock not to have some appreciation of the SEO benefits associated with video. YouTube is now the second biggest search engine worldwide, and it’s owned by Google, the biggest.

At Big Yellow Feet we’ve been offering video production services for over 12 years now and we’ve made everything from simple talking heads to sophisticated company profiles, corporate testimonials to TV commercials, winning awards along the way. So we like to think we know a thing or two about video production. But more importantly, as more and more people want that all important video presence, we think there are a few things that you should know. Here are four simple steps that we think it is well worth considering to avoid some common pitfalls.

Who are your audience?

Knowing your target audience is vitally important. Understanding them should shape your entire project. The chances are you know them better than anyone else, so it’s worth thinking long and hard about how best to reach this select band of people. What sort of things do they watch, where do they watch, how do they watch? Don’t fall into the trap of thinking you are the audience. Once you understand your audience better then you can begin to look at what it is you want to tell them.

What is your message?

Most online videos are short, one or two minutes, and if it’s a Vine you have six and a half seconds to deliver. So, you are going to need a short core message. Don’t overload the viewer – you can have supporting facts, but no other core messages. If you’ve got lots to say, just make another video.

If you don’t say it, no one will hear it – seems simple? One short, memorable sentence that your audience can take away with them should be what you are aiming for. But don’t make the mistake of thinking ‘that’s it, job done’. Just saying your core message accounts for less than 90% of the delivered message, it is not going to be enough.

Video is a visual medium and your audience will be getting most of their information from what your film is visually implying, not by what someone in the video is saying. The imagery must support the message. Its relevance to the subject matter, in content and tone, is paramount.

As well as carrying your message, these same images must also keep the audience engaged. The use of interesting, relevant content, eye-catching imagery and the style in which the footage is shot and edited in needs to work hard to hold the audience’s attention from beginning to end.

How much should your video cost?

One of the biggest preoccupations of anyone considering video is the budget.

It’s a fact that a bad video could do more harm than good, and if you don’t have the budget for certain concepts they won’t be practical. If you can’t afford the video that will deliver your message, then it’s probably better not to make one. The good news, however, is that the most expensive option is unlikely to be the best. Small budgets are a great way of provoking creative thinking. So, the chances are if you’re only looking at the expensive option, you’re not looking hard enough.

Similar to the budget, the ethos and values of any organisation are often considered a high priority, and it is important to understand these values. However, a more pertinent point is usually ‘what are the values of your intended audience’. If they are the same as yours then great, but they may not be, which brings us full circle – know your audience.

You want to make a video, you’re going to make a video, and now you have your priorities in the right order, what else is there? Well we’d like you to enjoy the experience. Your input is essential in making a great project and it’s really important that you enjoy the process.