Finding entrepreneurial success is not just a matter of being there at the right time, but also being in the right place. The expansionary monetary policies by the central banks, the European government stimulus programs and the growing openness of investors towards online business models in European markets are just three reasons why 2015 is definitely the right time.

However, it’s also about the right place. Nestpick, the solution for mid and long term rent, turns the spotlight on the six most promising and encouraging cities in the European start-up scene for 2015. 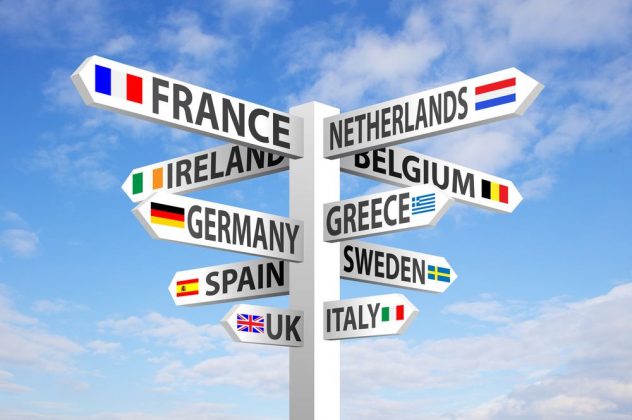 To some it seems too obvious but then again, the facts are clear. Berlin has recently been quoted “perfectly placed to become Europe’s leading startup hub” by McKinsey. The report estimated that Berlin could offer more than 100,000 new jobs, due to the start-ups, by 2020. Hometown of Rocket Internet, SoundCloud, Gaming company Wooga and Europe´s leading e-commerce company Zalando, Berlin is more than perfect to build up your business and find AAA talents to make it grow.

Due to Budapest’s emerging start-up ecosystem of accelerators, the funding sources and co-working spaces, the city is one of the hidden champions among entrepreneurs. Budapest is cheap compared to other Western European cities. This might be the main reason, but it’s not the only one. The majority of young Hungarians have a high educational level, the Internet is exceptionally fast all throughout the city and there are initiatives that offer venture capital from the European Investment Fund to finance innovative startups. Move to Budapest and write your own story of success like Prezi, Ustream, and LogMeIn.

Despite the crisis or because of it, Barcelona´s ecosystem, including over 200 digital start-ups in the fields of B2B, gaming, eCommerce and travel, makes it a spot to be as an entrepreneur. Next to that, the Spanish government improved entrepreneurial conditions in terms of tax breaks and funding programs, and will stick to those adjustments in the following years.

London´s Tech scene is even called “Tech City”, which grows organically as well as inorganically, due to the UK government investing £50 million to attract new start-ups. London´s biggest startup successes were Mind Candy, Hailo and Shazam. Even though London is one of the most expensive cities in the world, its business schools are magnets for entrepreneurs from all over the world and thus private and foreign investors as well.

The city is ranked as the most creative global city, as well as it is the world´s largest digital exchange platform, which has been very attractive for Information and communications technology companies worldwide. Based on a Fact Sheet by the European Commission, the entrepreneurship rate in the Netherlands is 6% higher than in the rest of Europe.

Due to Skype´s success story, Tallinn has been very blessed with angel investors eager to get exciting new startups off the ground. Backed by the Estonian Government, SmartCap offers a co-investing system with local angel investors revolutionizing the startup scene in Tallinn. According to the Wall Street Journal, “Estonia is the 132nd smallest country in the world by land mass yet it produces more startups per head of population than any other country in Europe.”

The only thing left on the checklist should be the right accommodation. Nestpick, a start-up from Berlin, offers students, young professionals, entrepreneurs and ex-pats a convenient, simple and secure service to find their next place to stay. When starting a new business the choice of city is crucial, not only to find the right employees and use financial support but also to find your feet in the new city. Use these six cities to start your European business.