Globalization is an elusive term with many possible interpretations. One definition put forward by Emory University in their Globalization Magazine includes the following:

“Globalization broadly refers to the expansion of global linkages, the organization of social life on a global scale, and the growth of a global consciousness, hence to the consolidation of world society.” 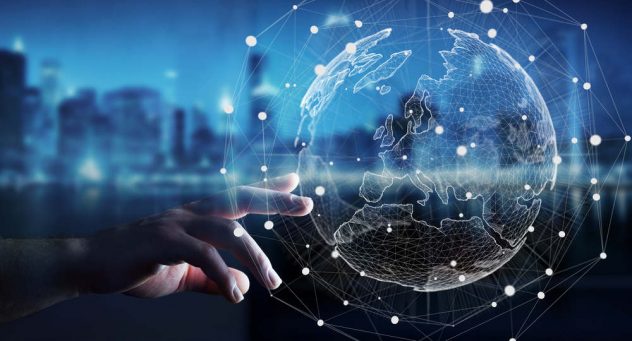 While the speed that businessman or woman can shuttle between London, Paris, Brussels, Moscow, or New York is impressive, it pales in comparison to the digital connectivity ushering the biggest change in business the world has ever seen.

True, compared to ship faring days, intercontinental travel is a magnificent human achievement but even this is dwarfed by the speed that information can travel. From a business perspective, the most impressive aspect of globalization is the ubiquity of cell phone communication and the transaction speed that products can be marketed across the Internet. Long gone are the days, when you needed to think and act locally when starting a new business. Now you can act locally, but think globally.

When the concept of globalization as it pertains to international business is run through a SWOT filter, it produces a remarkable overview of the phenomena.

SWOT is a conceptual tool used by a business to identify its Strengths, Weaknesses, Opportunities, and Threats. It’s proven to be highly effective in any business planning session or strategic marketing process. Its power in understanding a business arises from its simplicity, and this translates into new perspective, effective thinking and smart analysis.

The primary strength of globalization is the free flow of information, whether it is through a cell phone or a laptop. This connectivity sprouts innovation and encourages productivity. Both tangible and virtual goods and services can be traded digitally, and this is creating what could be called a global gross domestic product (GDP). This enriched environment has created global services that allow all types of businesses and markets to flourish, from a homegrown business marketing a freelance service to massive FOREX exchanges.

Entrepreneurs, in fact, no longer need to live in developed countries to flourish. Selling products over the Internet via international business platforms is sufficient. A wood carver in Kampala, Uganda, can sell handcrafted African masks to an art gallery in Duluth, Minnesota with the exchange in foreign currency handled by a financial agency like PayPal. Should the art gallery owner decide to commission work from the artist, a legal contract can be drawn up on the strength of an electronic signature, which reduces document turnaround time by as much as 90%.

The weakness of the Internet is the struggle for regulatory reform. While the Internet has opened up opportunities for improved education, entertainment, and economic growth across the world, it has also opened up a broad avenue for thieves to steal with impunity, governments to spy on its citizens, and corporations to seduce naïve consumers into spending more than they earn. While it can be argued that the shadow side of civilization would still propagate without the help of the Internet, the level of theft, espionage, and commercial manipulation has exploded by many orders of magnitude.

The accelerated growth of cloud computing is expected to be the next phase in managing big data. This breakthrough in gathering and organizing massive amounts of information will make it possible for the growth of human knowledge to go from doubling every 12 months to doubling every 12 hours.

An article in Lifehacker entitled, “It’s No Surprise Anymore: Your Data is Never Safe Online” on the silent war between the evil genius of hackers and the adaptive intelligence of security developers over the past 18 months is summarized in their following list:

The connectivity that is reshaping how business is conducted across the globe is growing at a rapid clip. It is estimated that 5 billion people already talk on cell phones and by 2020 just as many people will be connected online. We are all learning to live in the world differently as we become accustomed to communicating across borders as if they didn’t exist. Nations and individuals are both being transformed and empowered. Repressive regimes are falling as their secrets are exposed and isolated individuals are becoming empowered through social media and educated through the free classes offered by top universities through their Massive Open Online Courses (MOOC). Changes that took centuries to manifest are now happening in decades.