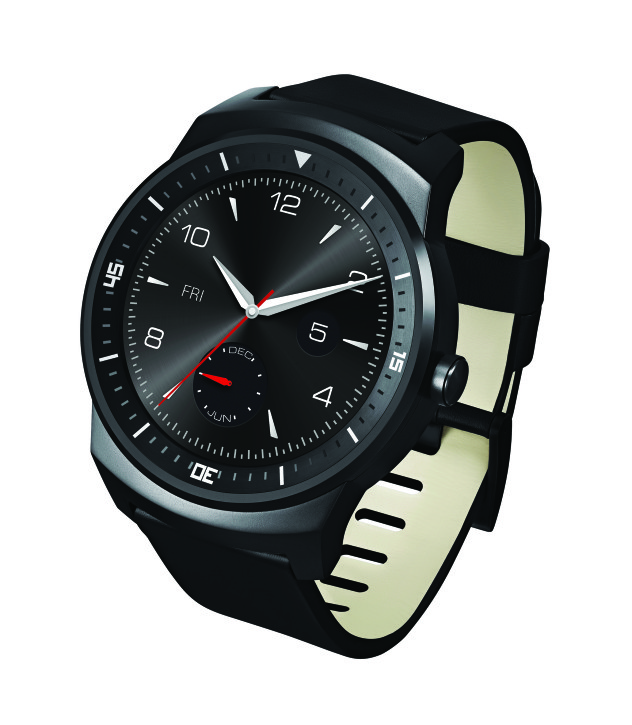 All three items available from: www.lg.com/uk

I was given the opportunity to live with three pieces of LG tech whilst working on the Gadget Show Live. The G Watch R, G3 smartphone and the LG G Pad. My plan was to ditch my regular tech in favour of these three for the most hectic week in my calendar.

This was the item I was most excited about as I’ve stayed very traditional in the type of watches I wear and tend to shun tech when I’m exercising. This was very much an opportunity to see what I was missing out on.

First impressions were a big deal with this watch: I had a lot of people asking about it once they saw I was wearing a smartwatch (the screen would light up every now and again from natural wrist movement). I found myself talking about this gadget more than the other two.

I had a few problems initially linking the watch to the phone and almost gave up, but my persistence was eventually rewarded after resetting the device. After this the watch was a constant invisible umbilical cord to whatever the G3 was experiencing. Retweets, Facebook posts, texts and phone calls were all routed from phone to watch with a gentle vibration. At one point, some friends who were in the audience texted their whereabouts to me and I was able to read it clearly on the watch face. There’s a built-in microphone, meaning Google Now on the watch was a novel experience, as was taking/making phone calls. I could just about get away with charging the watch every two nights, but made the mistake of turning it off to save juice and lost all of my fitness data. The pedometer syncs your day’s activities to the cloud and gives feedback on goals achieved, but staying up and walking about beyond midnight appeared to confuse it and after an epic 16,000-plus step day, there was no record of it or the previous days’ tallies. This was a pain as I had become somewhat obsessed with how many steps I could achieve running around the ‘Live Super Theatre’ all day.

Overall, I enjoyed being kept in the loop without the embarrassment of constantly having to take out or look at my phone, but I felt the watch was too temperamental, unreliable and had to be fastened pulse-stoppingly tight to get an accurate heart-rate reading.

Of the three devices this was by far the winning piece. This smartphone was one of the three that have really blown me away over the past 12 months. The other two being the HTC One M8 and the Motorola Moto X 2014. There are a good few talking points on this handset, not least its form factor and the
positioning of the power button and volume controls. 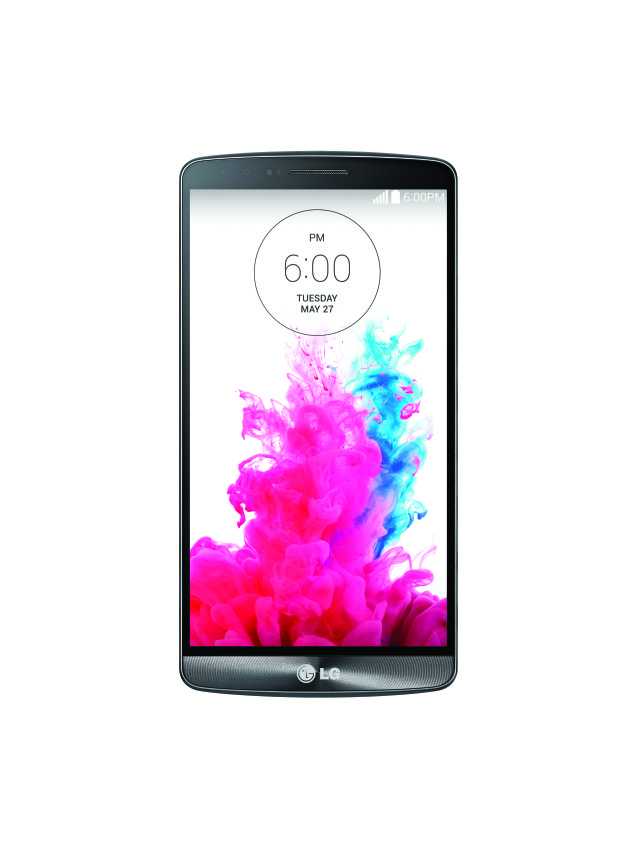 There’s the removable back cover, which is such a rarity on high-end devices now (meaning you can exchange batteries and upgrade the storage) and that gorgeous 5.5” Quad HD 2K screen. This phone comes with a quad-core processor, which means a few tasks can be performed at the same time (dual-screen for example) and a very capable 13MP camera with laser auto-focus which took some great on-stage pics. Small things like night mode, tapping the screen to wake up, spell correct and the drop-down reminders widget helped elevate this smartphone above all others I’d tested, and indeed owned, over the past year. The customisable keyboard – size as well as keys – plus a numbered top row, was another nice touch. All these features were quietly nudged into my conscious; I didn’t have to Google them or have them passed on to me by someone else. I only realised late on that it didn’t have Lollipop. I love Lollipop. The G3 is that good.

Absolutely brilliant! Powerful, great 2K screen, innovative take on the Android OS and a sleek design that allows for further customisation of both the soft and hardware. I can’t wait to see what they’ll do with the G4!

The G Pad is not that much larger than the G3 and so still fits reasonably comfortably in one hand. It comes with a 7” IPS display and Lollipop. It can be linked to the G3 using LG’s proprietary Qpair connectivity and has a 5MP rear-facing camera (1.2MP front-facing camera). Qpair allowed seamless, tandem linking between phone and pad but I felt the full potential of all three devices working in sync was limited by the mono-connective nature of Bluetooth. I found that linking the watch to the phone and the pad to my headphones worked best. 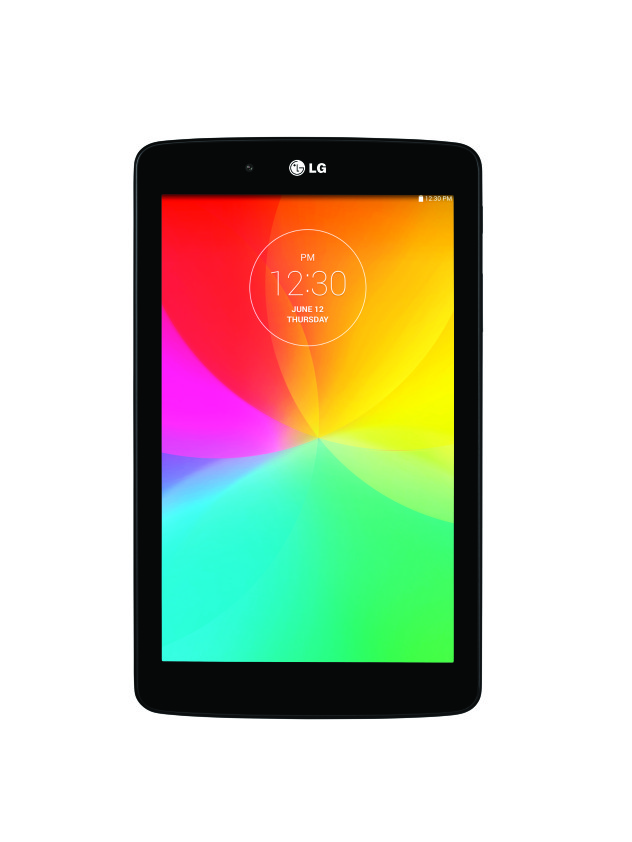 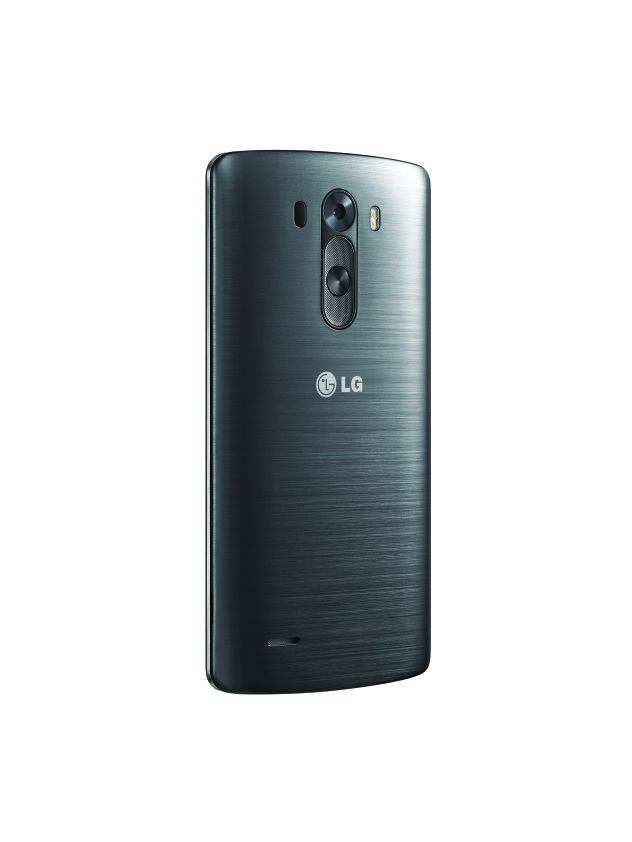 Truth be told, I didn’t use the tablet that much during the week as the phone covered everything I needed and was only a tad smaller. That said, it’s a very capable tablet and very portable.
Rating: 4/5

“Small things like night mode, tapping the screen to wake up, spell correct and the drop-down reminders widget helped elevate this smartphone above all others I’d tested, and indeed owned, over the past year.”

“First impressions were a big deal with this watch: I had a lot of people asking about it once they saw it (the screen would light up every now and again from natural wrist movement).”