Each country has their own business culture, though some are quirkier than others. Holiday Hypermarket examine five of the more unusual ones. 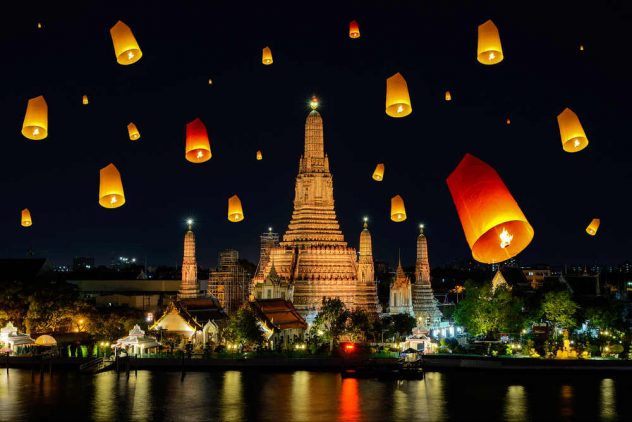 In some countries it only takes the wrong kind of gift or the incorrect greeting to break a business relationship. So, let’s take a trip around the world as we list 5 of the strangest business customs on the planet.

I don’t think any of us will be surprised by the first country on the list, Japan. This destination is known for its quirky and often misunderstood culture, so who would expect any less from their business customs? The Japanese believe that business relationships are secured over mass amounts of alcohol. They also believe in ‘inemuri’ – a nap at work to recharge your batteries. As crazy as this may sound, the Japanese see this as a sign of hard work and commitment. The handing over of the business card has its rules too, and all cards should be passed from one employer to another using both hands.

If you’re attending a business meeting in China make sure you have a gift at the ready. Then again, don’t expect the present to seal the deal. The gift is likely to be refused a number of times as Chinese etiquette prevents them from doing anything that will display signs of greed. So, make sure you keep on offering the gift until it is accepted. And never greet Chinese business people with only their first name. This may be the norm in Britain, but the Chinese will be highly offended and will expect you to use their last name as well as their title.

This means that Thai business officials are often forced to take meetings in their cars via a mobile phone or laptop. Now that’s impressive!

As I’m sure you’re aware, doing business doesn’t always mean employers have to stick to the confines of the office. Business is often followed up in restaurants, bars and, particularly if you’re American, over a game of golf. But Finland has taken things one step further with their steam-filled business meetings. That’s right, in Finland a sauna is often seen as a place to relax in and get to know your colleagues. For most, a sauna may seem like an odd place to talk business, and many of us would feel obligated to decline such an offer, but not in Finland. In fact, an invitation to your local sauna is a sign that your business meeting went well.

It’s safe to say that the Belgians like to do things a little bit differently. A handshake may be the correct way to greet our colleagues, but our Belgian counterparts would disagree. A kiss or an ‘air kiss’ are preferred in this country – and we don’t mean one either! Belgian business professionals greet one another with three air kisses once a relationship has developed. But it’s not that simple, there’s an order to which the kisses must be given. The kiss should start on the right cheek, then the left and back to the right. If the three kisses are not given properly, in the correct order, this is seen as disrespectful.

So, if you’re travelling for business we suggest you do your research to avoid any cultural faux pas.

How to get the best camping experience from your campsite