Bosses of SMEs up and down the country are wasting more than three weeks of their own time each year by attempting to manage their own IT.

That’s according to an alarming new study conducted by supplier of digital print and document solutions, Altodigital looking at how much time bosses are wasting on their own IT. 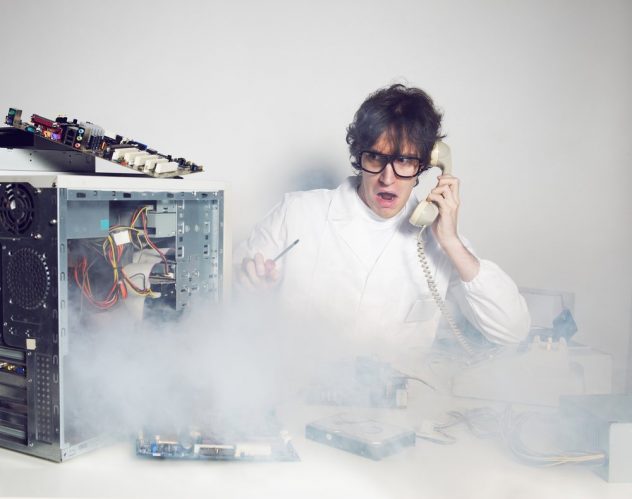 The poll of 500 business decision-makers in SMEs across the UK was commissioned to help better understand the challenges faced by small businesses when it comes to print and IT, and the role outsourcing this function can play.

It revealed that 45% of owner-managers prefer to ‘do it themselves’ when it comes to managing their company’s IT, rather than employing the professionals, wasting their time away from their core business.

On average, this eats up four hours of their time each week, equating to 180 hours – or 24 working days – each year. A further 16% prefer to rely on the ‘expertise’ of a friend or family member, while 17% just ‘Google it and get by’.

However, it appears this approach isn’t without risks; the most common issues emerged as server problems (37%), slow internet (24%), broken emails (22%) and printing or scanning issues (17%).

The reason owner-managers were ‘going it alone’ emerged as the perceived high costs associated with outsourcing IT (43%), managers’ blind faith in their own abilities (29%) and the fear of a professional embarrassing them through their lack of IT knowledge (11%).

It’s no wonder then, that more than a third of respondents said they plan to increase investment in IT in the next 12 months – a much higher figure than for other business functions, including marketing and PR (25%), HR (17%), finance (16%) and administration (14%).

Tony Burnett, Group Sales Director at Altodigital said, “From our experience, owner-managers are often tempted to save money by doing absolutely everything themselves when it comes to running their business – including managing IT.”

“However, this can often be a false economy and could in fact be costing far more than they realise. Not only could their lack of knowledge cause downtime or IT problems, as the research has shown, but more importantly there is a significant time cost. And that’s time they could be spending running their own business.”

“It is encouraging though to hear that decision-makers are looking to invest more into IT over the coming months, and this approach will no doubt bring many long-term benefits and reduce the time pressures on managers too.”

The benefits of using a Raspberry Pi in your business