Bad debt remains a chronic stumbling block for UK businesses, with one in four UK SMEs suffering over the past 12 months. 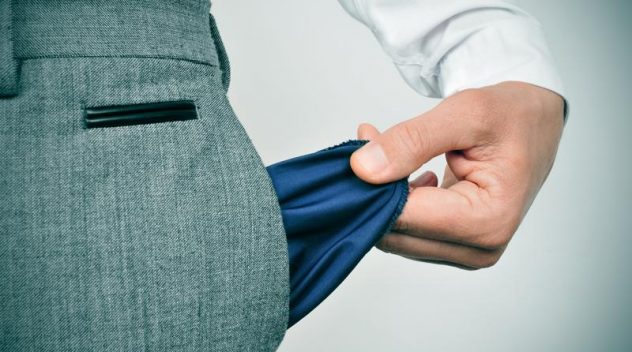 These findings suggest that as many as 1.3m** SMEs in the country could be affected by insolvency or the inability to pay one or more of their key customers.

The proportion of small and medium-sized businesses that have suffered as a result of this problem has largely remained unchanged over time, hovering at around 25% since the Tracker began in Q1 2014. This exemplifies the chronic nature of the problem with little evidence to suggest that this problem is getting any better.

Businesses with over £1 million in revenues are particularly affected, with over a third (35%) saying they have experienced bad debt over the past 12 months.

David Postings, Chief Executive of Bibby Financial Services said, “Bad debt is a serious issue affecting a large number of businesses in the UK. The issue is particularly problematic for smaller firms who have often footed the bill for upfront costs even though they don’t have sufficient cashflow to survive. SMEs need to be aware of the implications of bad debt and how such losses can have an impact on their businesses.”

“A bad debt can occur for a number of reasons, including customer insolvency or protracted default. Often business owners don’t have the financial resources or access to advice to pursue legal action.”

The BFS SME Confidence Tracker exposed the detrimental effects bad debt can have on vital small businesses, with more than one in four (27%) facing lower profits than they expected and around 4% saying they almost went bust as a result of the inability to recover debt.

Mr Postings added, “Unless businesses take action to reduce their exposure to the risks of bad debt or seek protection, they will continue to be plagued by this chronic threat to their survival. Business owners must take proactive steps to protect themselves against this ever-present risk to their business.”

“Many business financiers offer bad debt protection and it’s an area SMEs should consider in order to protect their business and provide reassurance and security.”

* Bibby Financial Services conducted in-depth research amongst 1,011 UK SMEs with an average turnover of £1.2m in Q2 2015 in order to build up a detailed picture of business sentiment.

** According to figures from the Department for Business Innovation and Skills’ Business Population Estimates for the UK and Regions 2014 there were 5.2m SMEs. Therefore if one in four SMEs is affected by bad debt, this would equate to 1.3m.

What you need to know about business car leasing in 2017