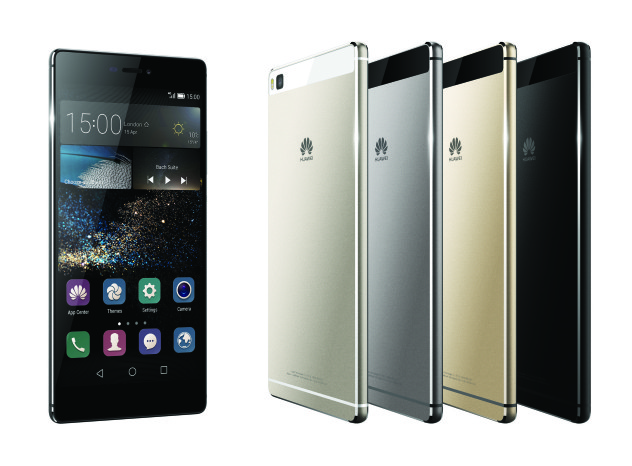 When talking about smartphone powerhouses, Huawei’s name is probably not the first to be uttered. It most likely wouldn’t feature in your first five in fact. But to be fair to this Chinese multinational, it is a monster in networking and telecommunications. It’s the largest telecommunications equipment maker in the world, so when they release a flagship device, you should probably pay attention.

And I did. Right from the moment I received the package, I was engaged. It had a refreshing design – from its dark colouration to the internal compartments and use of space – a very good start. It showed a lot of thought, but was this just a distraction tactic?

Initial impressions were that Huawei had taken design cues from Sony: the handset is reminiscent of the Z3 in look, size and feel. I approved of this metallic premium touch. My warm fuzzy feeling was interrupted however, by the disappointment of the NFC transfer failing. It refused to work with either my Nexus 5 or my S6 (the latter having worked with both Z3 and Nexus 5). Not to worry though, cloud backup took care of that.

The P8’s screen houses a 5.2-inch, full HD display, which was nice, bright and attractive, although it doesn’t quite pop in the same way as the HTC M9 or Samsung’s S6 screens. It runs on Android’s Lollipop 5.0 OS with its own Emotion UI over the top – which I admit I’m not a fan of. I very much like the stock Android interface and feel only minor adaptations are required. The optional shifting keyboard and one-handed layout features were very welcome upgrades for easier use of this size of handset, however, but I didn’t get on with the native keyboard – I may as well have been writing in gobbledygook with this phone and autocorrect didn’t help either. I’ve become used to having a row of numeric keys above my letters without switching for a while now and the P8’s screen is certainly large enough to accommodate this. There were some nice touches, like the quick access menu from the screen saver – the cover photo of which changed every time you woke the phone – and the tools, like magnifier and mirror (I found myself trying to find the equivalent in the Play Store for my smart phone).

You can talk to your P8 and wake it from sleep mode by uttering “Okay Emy” followed by a handful of commands including “Where are you?” (The P8 responds with an ‘I’m here’ jingle). However, I could only get this to work when it was right under my nose.

This smartphone boasts Huawei’s own HiSilicon
Kirin 930 Octa-core chipset and 3GB RAM, so can 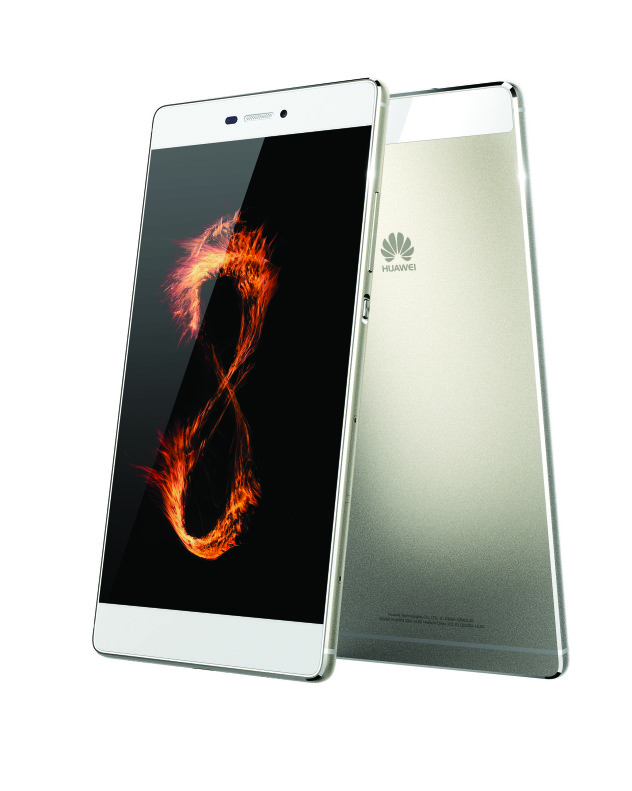 handle everything I threw at it without protest, lock-out or crashing and the 2680mAh battery gave me a day and a bit without having to put it into any form of performance-saving mode – of which there are a handful of options, including one where you can fine-tune and optimise apps of your choice. This battery did take its time to charge fully, though – almost four hours – but since most people charge their phones overnight these days, that’s not much of a deal-breaker.

Sound quality on calls was good and I never struggled with reception, while the speakerphone worked nicely without the need to repeat myself in conversation.

The camera was nice to use and produced good pics. It is feature heavy, including a function called ‘All Focus’ which, like the Lytro Illum, allows you to choose a different focus point in your snap after you’ve taken it. Huawei have also added a marvelously
simple knuckle ‘knock-knock’ feature
for taking screenshots – the best solution I’ve come across yet.

I’ve said before that it’s now only the flourishes, those little extra things, that separate the leading phones nowadays and Huawei have really shown with the P8 that the lesser-known firms can now compete with the big boys. I found the phone refreshingly different, intuitive and not overly stylized. It’s no wonder they are rumored to have been chosen to manufacture the next generation of Google’s Nexus device. It’s not perfect but perhaps under direct Google – or is it Alphabet now – supervision, their next handset will really turn heads.

“The optional shifting keyboard and one-handed layout features were very welcome upgrades for easier use of this size of handset.”

“Huawei have really shown with the P8 that the lesser-known firms can now compete with the big boys.”