Times are changing as quickly in hospitality as they are in any other sector – indeed, many are whispering that 2016 will be the hospitality industry’s biggest year yet. 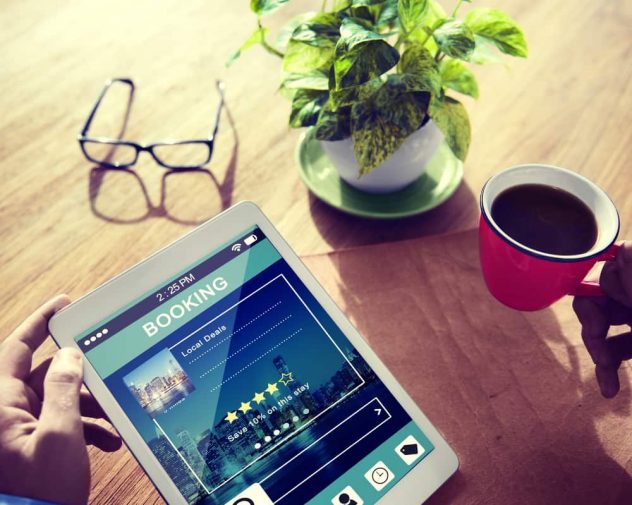 Hotels, bed and breakfasts and restaurants alike are increasingly embracing healthy menu options as ‘the norm’, to such an extent that ‘healthy’ establishments may no longer even feel the need to market themselves as such.

Gone from many establishments are the usual vending machines serving fizzy drinks, chocolate and crisps, in favour of ‘detox’ options such as yoghurt, berries and quinoa.

However, with customers always likely to demand the more traditional menu options irrespective of the effect on their waistlines, any good hospitality business must also strike the right balance between healthiness, tastiness and cost-effectiveness in formulating the complete menu.

Reputation management on a new scale

Nor has online reputation management relented in its importance – indeed, it has necessarily become more dynamic due to the proliferation of platforms beyond TripAdvisor that travellers now use to comment on their hotel experiences.

Facebook, Yahoo, Yelp and Expedia are just some of the networks and directories that hotels must now be aware of when attempting to influence the conversations about their establishment online.

The time-consuming nature of doing so, however, has led many to invest in one-stop reputation management software solutions as an alternative to manually logging into each and every site to respond to guest comments.

Millennials – those born roughly between the early 1980s and the early 2000s – are the fastest growing segment of hospitality customers, leading them to exert a real influence on how hotels are designed, as well as on the sector’s delivery of customer service.

This generation is made up of confident lone travellers who do not believe in the traditional compartmentalisation of work and play environments – hence the emergence of ‘open plan’ hotel lobby, bar and restaurant areas for working, playing and eating within one space.

Perhaps more famously, Millennials are also highly tech-savvy and will not hesitate to use technology to voice any concerns about their hotel experience – including the customer service that they receive – via TripAdvisor, Twitter, Facebook and other platforms.

Hotel booking systems are proving their worth

In omnious news for those hotels that have not yet set up a room booking system, according to a study of 500 people across the UK and Ireland by Eviivo, 74% of people were less likely to book a hotel or B&B that lacked a website. Furthermore, that website needs to be a good one, with 68% of those polled in the same survey stating that they would be deterred by a poor website.

Even more important, however, was the poll’s discovery that 56% of people would be put off booking a hotel if they had to telephone or email – a figure that rises to more than 70% among the under 35s.

In addition, 73% of those questioned said that they made all or most of their bookings online, compared to a mere 5% of people who didn’t book online at all. Such statistics all suggest that a good hotel booking system is becoming critically important.

Technology is taking over

If there is an overarching trend that runs through many of those mentioned above, it is surely the steady onward march of technology. This is a world in which hospitality customers are not just tech-proficient – they expect a seamless experience across multiple devices and platforms.

Mobile apps, for example, are now being used for such purposes as digital concierge and the access to and analysis of big data, while geo-location is making it easy to present guests with offers and discounts that they can take advantage of at establishments within short walking or driving distance of where they are staying.

With some leading hotel chains now enabling convenient check-in via mobile phone, technology innovation has never been more important to the hospitality sector than it has been in the year 2015.

These hospitality industry trends are not all to look out for over the coming 12 months. With international leisure travel showing no signs of relenting alongside ever-increasing customer expectations, no hotel, bed and breakfast, restaurant or similar business can be complacent about its efforts for the remainder of 2015.

Investors must look beyond an idea to the entrepreneur