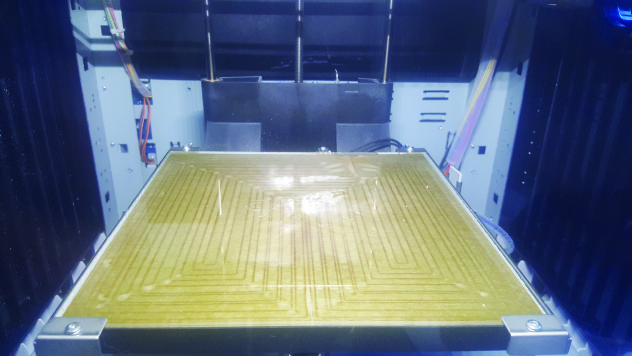 First of all, the good news – the 3D printer is working! As we speak, the XYZprinting da Vinci 1.1 Plus is downstairs making an Objet ‘d’art for me. But let’s not rush to pop open the champagne bottles. Four years ago I reviewed the first of what would be many affordable 3D printers, but the bright future I predicted back then has not yet arrived. At the time I recall being very excited at the prospect of domestic printers: fabricating replacement items and components at home, creating your own designs and giving them form, and not having to pay exorbitant fees for your bespoke constructs. Even synthesising your own food, a la Star Trek. Since then we’ve seen everything from impossible 3D constructs to bike components, chest-plates and prosthetics taken off the printing base plate. These, however, have mostly taken place at multi-million pound research labs using 3D printers worth tens of thousands of pounds. 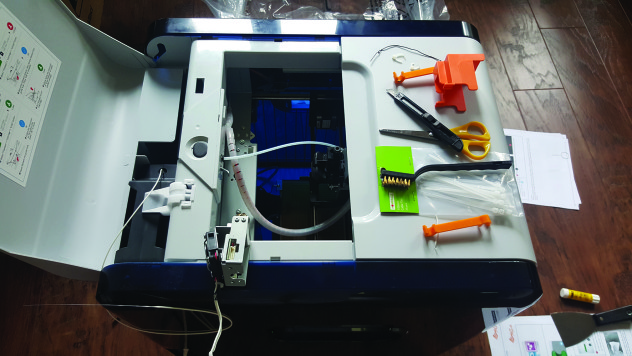 So why no huge celebration? Well, home printers don’t always do as they’re asked. This is still an area of tech in its relative infancy and it is not without its headaches, frustrations and desires to hurl devices across the room. The reason I didn’t perform this geek of rock star moves is because the units are flipping heavy – oh and I also don’t own the tech – it’s on loan. The first printer I brought home refused to print, the second had incompatible software, and this one – to begin with – had issues with loading the filament. It took a relatively short international phone call to remedy. Jaap, XYZprinting engineer, was very understanding, patient and honest on the phone and the filament feed issue was resolved in minutes. Calibration was an incredibly tedious matter and, although easy, took up a lot of time. Picture it as trying to balance a ball-bearing on a flat ceramic plate using 20p pieces for height adjustment at the corners. As such, I was only able to print one item before the unit was taken back to the Netherlands. That one item however, is my own personal triumph. And no, I’ve no idea what it is! 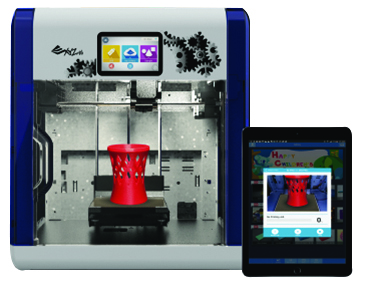 The new XYZprinting da Vinci 1.1 Plus is a compact powerhouse of a domestic printer with dedicated iOS and Android apps, Wi-Fi, Ethernet and USB compatibility. The size of your prints is limited to 200mm3 (200x200x200mm); so, palm sized. The print resolution is 0.1mm and you can extrude PLA, ABS and some other flexible filaments. You can source your prints using any of the aforementioned supports, which means it doesn’t have to be tethered to a computer. There’s a cloud-based artists’ community – accessible from the printer – where you have access to a whole range of print jobs, from cups to smartphone cases, skulls to flip-flops, and there is a nicely-sized 5″ LCD colour touchscreen. The whole operation is very simple too. I got pretty excited about the retro stick of UHU that came with the kit (it’s an 80s thing): it’s used to safely adhere your printed product to the base plate.

The da Vinci was among the quietest I’ve experienced; it was in another room in an otherwise quiet house and I didn’t feel as though it was cutting through my concentration.

Within the printer is a camera, which allows you, via the app, to receive picture updates on the progress of your print. But essentially, once you begin printing, you can just leave it to do its thing for a few hours. 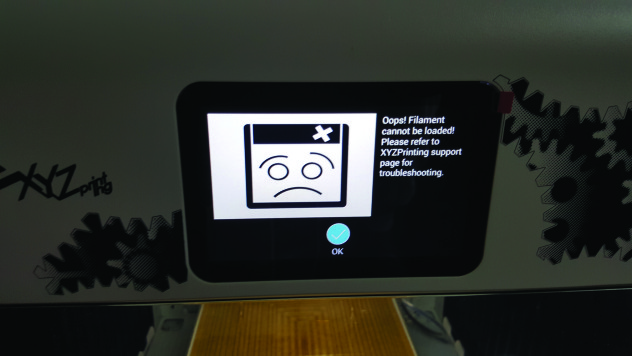 I was only able to complete one print before I had to pack it away, but now that I’ve some experience with one, I’d be happy to tussle with it again. I had been apprehensive about this bit of kit, given previous experiences and initial setup issues, but there is something strangely satisfying about taking out your own quasi-creation from a 3D printer and the manual calibration and maintenance issues are now but a faint mental itch.

I still believe there’s some way to go, but with this unit being pretty much self-contained, well priced and capable, the future is in good hands.