Social media giant Facebook has announced a new partnership with the French satellite operator Eutelsat with the aim of bringing free internet access to Sub-Saharan Africa, with the project coming online in the second half of next year.

The agreement between Facebook and Eutelsat is set to last for a number of years and includes leasing satellites from Israeli satellite communications firm Spacecom. The plan is to use the AMOS-6 satellite to beam connections to the internet across ‘large parts’ of the region. 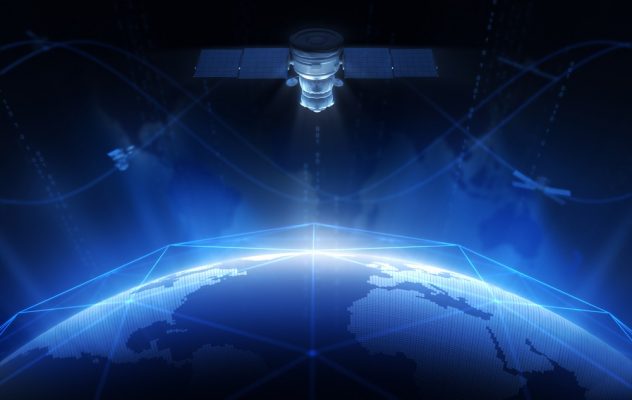 The announcement follows the detailing of a UN report that states over 50% of the world’s population still lack a reliable connection to the internet. Of these, almost 90% live in the poorest countries in the world, the 48 countries that the UN designates as the Least Developed Countries (LDCs).

The report showed the stark contrast between different parts of the world. For example, the Republic of Korea has the highest household penetration with 98.5% of households being connected to the internet, with Qatar in second place at 98% and Saudi Arabia third with 94%. Yet to contrast this, the lowest levels of penetration are found in the Sub-Saharan area of Africa with less than 2% of households in countries such as Burundi, Eritrea, Guinea and Somalia being connected.

As a global whole, African internet users only account for around 10% of the world’s online population. Nearly half the users are from Asia, with another 20% from the Americas and a similar figure from Europe. Only the sparsely populated Oceania comes in lower than the highly populated African continent.

There are a number of reasons why internet access across the Sub-Saharan region is so poor. One major issue is the lack of telephone lines – in 2000, Sub-Saharan Africa has a smaller amount of fixed telephone lines than the island of Manhattan and by 2006, the whole continent only added 2% to the total number of lines in the world.  This means that the majority of those using the internet in Africa are doing so through servers located elsewhere, most commonly in Europe.

When it is available, the quality of the internet service is another problem. Overall bandwidth is irregularly distributed and shows what is often referred to as the ‘inner digital divide’. In 2007, there were sixteen African nationals with one international internet connection that has a capacity of 10 Mbit/s or lower. Or to put it another way, the total bandwidth available to Africa was less than what is on offer in Norway alone.

The final issue is the lack of network hosts with the entire continent having fewer hosts than the country of Finland. Nearly 90%of the hosts were found in just three countries – South Africa, Morocco and Egypt –while Nigeria, with a population of 155 million, has one third as many hosts as the tiny country of Lichtenstein, population 35,000.

This disparity in connectivity and access around the world is behind the initiative called Internet.org, founded by Facebook CEO Mark Zuckerberg. The scheme was founded in August 2013 with the aim of bringing the internet to the whole world and involved a series of partnerships with big name companies around the world including Ericsson, Nokia and Samsung. The scheme aims to deal with three specific challenges:

Already, the scheme has seen testing of solar powered drones that would be used to delivery internet connections in developing countries. It has also seen the platform open up to more companies to allow third-party developers to add their services to the Internet.org platform.

One initiative already in place through the scheme is the Free Basics by Facebook, available in sixty countries. It offers free health and finance tools as well as access to Facebook and comes in the form of a smartphone app.

The scheme has also focused on the role of satellites in dealing with the barriers stopping parts of Africa from gaining reliable internet connections, according to vice president Chris Daniels. This belief is behind the partnership with Eutelsat that has been announced.

Eutelsat Communications are a European satellite operator and are offering ‘affordable, off-the-shelf’ hardware that will provide internet via satellite to regions that otherwise don’t have connections or that are unreliable.

The system will allow people in medium density areas to connect to the internet in an economical and reliable manner. The system will also include an increase in Eutelsat’s broadband activity in the region using Ku-band satellites for professional users.

The scheme will see the setting up a new company that will focus entirely on the African broadband vision and the associated business. It will be headed by founder and former CEO of Tiscali International Network, Laurent Grimaldi, and will be focused on premium consumer as well as professional areas.

Eutelsat chairman and CEO Michel de Rosen added that the company were excited by the chance to accelerate the deployment of their broadband strategy as well as to work with Facebook on the new initiative. The company’s strong track records with their High Throughput Satellite systems show they can ‘delivery accessible and robust Internet solutions to get more users online and part of the Information Society’ he added in a statement.

Why the Internet matters

For those who already have access to the internet, it is easy to take it for granted. But for the five billion people who don’t, schemes such as this one could make a massive difference to their lives. Mark Zuckerberg in particular has spoken in the past about the importance of everyone being able to access and use the internet.

Ahead of a speech he gave to the UN, the Facebook CEO spoke about people deciding ‘what kind of government they want, accessing healthcare for the first time and connecting to family members hundreds of miles away’.  He added that he believed connectivity was a human right and that was the motivation behind the founding of Internet.org as well as this latest partnership with Eutelsat.

Keep your game up! Understanding the ever changing elements of SEO