Rebecca Moore, business student at London University, runs the rule over some of Europe’s hottest locations for start-ups right now.

There is no doubt about it, despite coming out of a recession and the ongoing crisis in Europe, economies are slowly becoming stronger. This European environment is beginning to breed an enormous number of start-ups right across the continent, that are focused on being both profitable and ethical whilst providing innovative solutions to our business, financial and social problems. 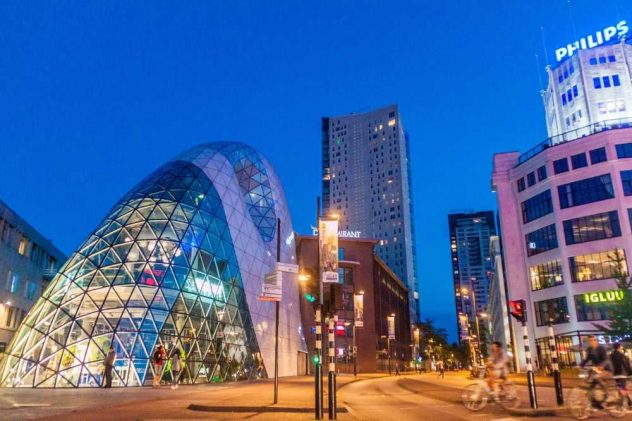 Eindhoven was ranked 3rd in the Financial Times annual European Cities and Regions of the Future for 2014/2015, thanks to the incubation facilities that the High tech Campus and Technical University offers to start-ups.

Along with this, the ‘Brainport’ neighbourhood was also ranked the ‘world’s smartest region’ by The Intelligent Community Forum; 8000 researchers and entrepreneurs and more than 100 companies call this 1 square kilometre area home, and it is responsible for 50% of the 22.6 product patents per 10,000 produced. This is even more than San Diego – and earned yet another title as ‘the most innovative city in the world’ by Forbes.

A number of leading innovation organisations and start-up accelerators with passionate mentors are on hand to support and nurture the disruptive technology businesses that are forming in Eindhoven and the vibrant ecosystem attracts a wealth of foreign investment.

It’s a great central location, you can pretty much get to any of the big European cities within an hour by car, train or plane offering overseas expansion opportunities as well as having access to a wide pool or future talent; the technical University of Eindhoven is one of the best technical universities in Europe.

A surprising and little known fact is that Tallinn has more start-ups per capita than any other country in Europe, and although it has a far smaller population than neighbouring countries, it has an incredibly advanced government.

Despite having a population that is less than that of Manhattan, Tallinn is far more progressive in the IT stakes than some of the other larger European cities. Tallinn is building its future through digital connectivity; its government passed a law in 2000 that announced access to the internet a basic human right and it endeavours to build an infrastructure that covers rural areas and thriving cities alike.

Tallinn is home to Garage48, a co-working community that facilitates relationships within the start-up scene, bringing like-minded entrepreneurs together and encouraging sponsorship from established businesses. It also organises regular events such as a two day hackathon that happens every month that has given birth to a number of start-ups.

Liberal tax, simplified paperwork and funding initiatives along with a close knit community that regularly holds conferences and seminars all make for a productive start up environment.

In Q1 of 2015, our capital city saw £437 million worth of funding secured by start-ups – and the figure is expected to exceed £1 billion by the end of the year.

In the last five years, the number of digital start-ups has risen from around 250 to over 3000 – and this shift in digital pioneering has attracted a number of venture capital firms as well as tech giants like Google, Microsoft and Amazon.

The publically funded initiative Tech City was launched in 2010 in Shoreditch to support the blossoming tech scene. Since then they have continued on their successful mission to accelerate the growth of the UK’s digital start-ups by running mentor programs, encouraging relationships with local and national government policy makers and championing the sector for purposes of investment.

London was an early adopter to the tech movement – its tech start-up scene has been steadily growing over the past five years and now a huge 51% of tech jobs are in London. There is a push to create a wider talent pool by focusing on banish the shortage on digital skills by offering free coding clubs and online courses.

R&D Tax credit, Entrepreneur’s Relief and a Temporary National Insurance Holiday are a number of the tax incentives in place to support young businesses flourish.

Germany boasts one of the strongest European economies, but not just in Europe – in the world, and its network of SMEs is often described as the backbone of its economy.

Thanks to its roots in manufacturing, Germany was lagging behind when it came to joining the rest of us in the digital age, and at first were hindered by the lack of funding available. That has now been turned on its head and the established business community are forming alliances with start-ups in an effort to embrace the new digital culture.

Although Berlin has long been hailed as the centre of Germany’s start-up scene, both Munich and Hamburg are also home to a healthy start-up culture. Accelerator programs like Tech Founders and Start-up Bootcamp are encouraging investment and mentorship between start-ups and powerhouses like Bosch and Mercedes Benz.

“Germany is attractive place for expansion for established businesses as well start-ups,” Paul Fletcher from FN Worldwide explains. “We specialise in corporate relocation and undertake a majority of moves to Germany. A huge part of the pull is the investment that has gone into their telecoms infrastructure; the government that understands that a reliable and high speed digital infrastructure will increase international trade. Germany also has a fantastic education system and strongly encourage apprenticeships, opening up the talent pool for start-ups and established businesses alike.”

Early highly esteemed Swedish brands such as Ikea and H&M guided the Government in its decision to invest heavily in technology infrastructure back in the 1990’s and was declared the world’s most digital economy thanks to its high speed, future proofed internet connectivity and tax breaks for those who were buying computers, inspiring accessibility and collaboration.

Rather than adopting a recent shift in Swedish culture; the country has long lived by a set of rules since 1933 that promoted ‘humility over hierarchy’. A great example of this is the founder of Ikea, Ingvar Kampar, who was worth $4.1 billion. Despite his enormous wealth, Kampard drove his 1993 Volvo until it was no longer road worthy.

The world’s 2nd largest city for ‘unicorn’ start-ups; Both Skype and Spotify were early risers in the tech game – even Apple recently admitted that Spotify had actually had it right all along. The Kista district boasts around 700 tech companies alone.

Along with this legacy of business policies and cultural factors, an enormous amount of venture and growth capital (exceeding £500 million) entered into the European start-up scene in 2014 that, along with a high number of shared working spaces is allowing start-ups in Sweden to disrupt technology on a global scale.

While there is no denying that Silicon Valley is still leading the way with its billion dollar activities, it seems that the digital revolution and the increasing connectivity that has come with it means that start-ups are emerging and thriving all over the world. These companies are often ahead of the established competition and are embracing ethics and addressing social economic issues that are applicable to the city that they are residing in, making them valuable, innovative and relevant.

Things to consider before buying a car in London

Life as a college student in London

How to manage your London commute

Reasons to use pest control services in London﻿

Dominic Lill - March 15, 2017 0
“The customer is always right.” We all know the old adage that teaches us to always prioritise customer satisfaction above all else; it’s a...
We use cookies. To learn more, read our Privacy Policy.Ok