In the face of soaring data storage demands IT departments are turning to other methods of storage rather than the time honoured hard disk. Virtualisation, solid state ‘flash’ storage and the cloud are three growth areas. 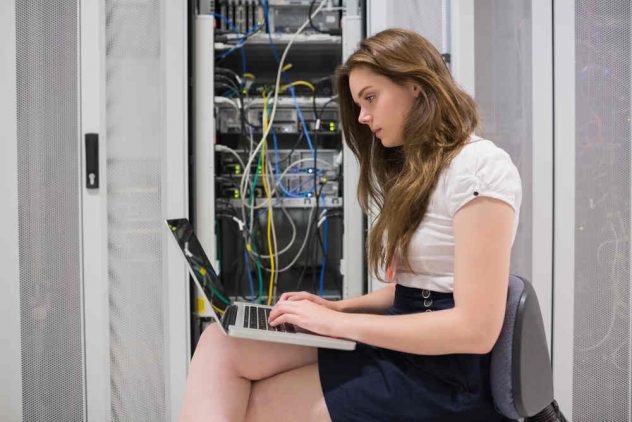 Some industry commentators say the demand for data storage is growing at more than 50% year on year and a remarkable 90% of the world’s current data stored has been created in the past two years. More and more data is becoming larger such as high resolution image files and video, and more organisations are storing increased levels of data.

For example, financial institutions tend to store more data in order to comply with ever-more stringent regulations and medical companies are storing data-heavy items such as digital scans.

Another issue is backup data: while some organisations may be remiss in making backups and preparing for the worst, others make several data backups which eat up storage space.

The traditional method conjuring images of rows of boxes in racks. Once capacity is reached, the only solution is to invest in more hardware.

Along with the expense of the hardware, related costs increase such as energy bills and – eventually – the costs of providing extra space to house more equipment.

The compact nature of SSD flash drives and their lowering costs make them a viable storage option. There is also the attraction of speed – accessing data from flash drives tends to be faster than from traditional hard drives not to mention possible older fashioned, slower disks and maybe tape drives found in some IT departments.

SSD is becoming more popular amongst even home users with flash memory in laptops now within reasonable financial reach.

That said, price is still an issue and the industry is less certain how fast it may fall in the future other than to say it will continue to drop.

While there is a software investment required, it’s less than investing in new hardware and possibly a physical infrastructure.

Data is stored on third party servers so not affecting local storage capacity. In reality, the cloud is more viable as a back up option as the idea of storing valuable data with third parties is often not appealing. There is also the risk that, if these servers go down, data cannot be accessed.

It’s important to consider what suits the business environment. The key factor is to have a business strategy in place before rising storage needs become acute – you’ll likely require more storage sooner than you think.

7 reasons to get cloud bookkeeping for your business