It is 2015 and the term ‘games’ undeniably still has a connotation of being a primarily leisurely activity.

As playing games became more and more complicated, so did the significance and resemblance to everyday real-life decisions. In the analysis below, parallels will be made between different types of games and their relevance to doing business. 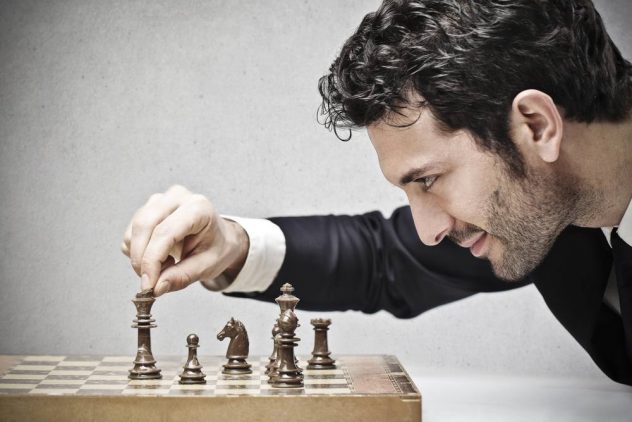 It’s all in the nature of the game

First of all, let us take a look at the nature of games and business. Both disciplines inherently have a number of features in common; competition, a set of rules, elements of chance, and goals, amongst others. Although both games and business can take many forms, most situations will have all these characteristics internalised.

Some historians, such as the Dutch cultural theorist Johan Huizinga, go as far as to say that games (or ‘play’, as he defines it) preceded culture since culture assumes human civilisation, and ‘animals have not waited for man to teach them their playing’. Given the similar foundations of business and games, in combination with the general significance of the latter throughout human history, it is not hard to conceive analogous traits that favour success in either endeavour. The Nanyang Technological University of Singapore confirms this school of thought, saying that playing the right kind of games help people develop important business skills.

Doing business is a strategic undertaking, not unlike chess. However, the main difference is that in chess, you have the luxury of complete information. On their turn, every player knows exactly where his opponent and himself are standing when it is time to make a decision. In business, there are often an endless number of variables involved, hence chess is not the best game to compare it to, as the decision tree is way too limited compared to real-life business situations.

Nevertheless, chess has been proven to increase problem-solving skills, which is of course indispensable in making business decisions as well. When a group of almost 450 students had been given different curriculums, the group with added chess instruction, chess books did more than 20% better than the group without chess training.

However, better examples would include the board game Risk, eSports, and poker. All of these cover the main premise of having an almost unlimited amount of variables to account for, in addition to having elements of chance involved.

One trait that facilitates optimal decision making is the ability to objectively recognise when physical conditions (such as fatigue and hunger) and emotional factors (such as aggravation, self-pity, and sense of entitlement) are affecting your performance, which is nicely described in this Forbes article.

One of the games in which this capacity is identified easily is in the game of poker, since there are not many games in existence where anyone can win, regardless of their skill level. As a result, the best professional poker players in the world engage in developing the trait of always keeping their composure, as it is quintessential to making optimal strategic decisions while avoiding tilt. When playing poker, this quality translates itself into business easily; being aware of your emotions and how they affect your thinking will lead to more rational and efficient decisions. It goes without saying that these skills have similar significance in the business world.

Another great analogy can be drawn from the world of eSports; professional gamers need to develop a distinct set of characteristics in order to succeed in the cutthroat industry. It requires enormous discipline, dedication, and perseverance, in addition to an attitude that challenges conventional thinking and often also the standards of society.

Additionally, research suggests that action video gameplay enhances both cognitive and perceptual competencies, specifically 33% faster switching between tasks, 30% faster adaptation to new situations, and a highly enhanced ability of 60% to block out distractions.

Business decisions require a similar set of qualities in order to accomplish the most optimal results, as discipline is often described as the common trait that will make you unstoppable in business. Elon Musk’s success stories of Tesla and SpaceX would simply not have been possible without an endless supply of commitment and the guts to swim upstream, directly diverging from established industries and business models in order to create entirely new markets or dramatically renovate existing ones.

Computer games like StarCraft and League of Legends require a substantial amount of strategic planning and exploitation of your opponents’ weaknesses in order to prosper, which are also important qualities in business practices such as negotiations and market segmentation. Market competition, just like the aforementioned videogames, can often be considered of having a hybrid nature of cooperative and non-cooperative elements in the discipline of game theory. Identifying the relevant variables and attaching expectations with respect to likelihood of occurrence and their net impact on the end result is key to success in both disciplines.

The importance of game theory in business is signified by John Nash winning the Nobel Prize in Economic Sciences for his work in the field, particularly his concept of non-cooperative equilibria, which is now rightfully called Nash equilibria.

In essence, both playing advanced games and business dealings are similar in that it is all about making optimal decisions with incomplete information at the moment at which the decision needs to be made. In order to succeed in either subject, one has to muster the discipline to be more efficient in analysing and weighting the relevant variables, while engaging in an out-of-the-box attitude by which innovation and creativity thrives.

Analysing and exploiting the other party’s weaknesses is invaluable, just like the objective evaluation of one’s own flaws and mind state. It goes without saying that these qualities not only affect your performance in games or business practice, but also transcend to virtually every aspect of life, whether you are dealing with issues in your love life, deciding what to do in your free time, or even making decisions in the grocery store.

How technology is improving the lives of the older generation