Rafael Cortes, head of marketing at Foehn, explains how in the cloud businesses can take more control of their phone system and get smarter with their business communications.

You can take more control of your phone system by following these tips. 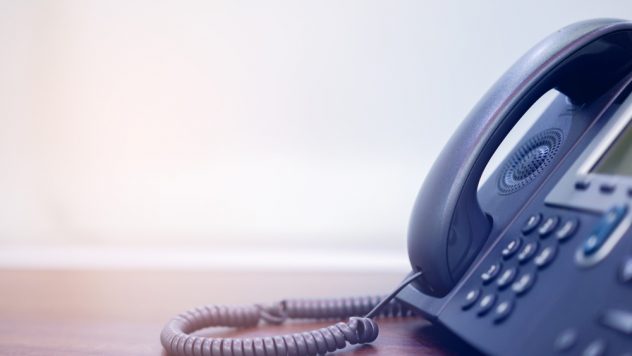 The mother of invention

Most people in modern society have a phone. Whether it’s a mobile, home phone or a business one, the majority of us use this amazing piece of equipment that enables us to talk, text, email and share.

Phones in business go back a long time and one notable moment in history came a couple of decades following the invention of the phone in the mid-to-late 19th Century. Almon Strowger was an undertaker in Kansas City, and much to his annoyance he discovered that a competitor’s wife working as a switchboard operator was diverting calls to her husband’s business.

It’s said that necessity is the mother of invention, so Strowger corrected this grave injustice by inventing an automatic phone switching system that enabled people to dial each other directly. This put Strowger in control of his business communications and the switch became the forerunner of the modern day Private Branch Exchange used by thousands of businesses globally.

Although Strowger’s farsighted development changed how telephony would work, it still didn’t put businesses fully in control. Before the introduction of cloud telephone systems, the traditional approach has always meant that companies have been at the mercy of their telephone provider and internally appointed administrator. Businesses have had to rely on their phone provider to make stuff happen. For example, setting up new extensions and allowing for ‘moves and changes’ – these would need to be planned in advance and be carried out by the provider’s engineers (and not always on time).

Changes to the system would typically be charged for each time, so there would often be additional costs associated. It has always been in the phone provider’s interests to have a level of control – if a business requires new staff to be added to its system or existing staff moved, even more revenue could be accrued by the provider.

With cloud telephony, companies now have the opportunity to take more control of their business communications if they wish to. Because the phone system operates on the Internet, it is a cloud software based service that companies can manage themselves through a web interface and in an instant.

This approach has opened up entirely new levels of autonomy and flexibility, providing companies with the freedom to do a lot more (and for a lot less) themselves than they could do previously.

Within minutes or even seconds they can change the way that inbound calls are routed. Calls may be routed to certain employees or teams at specific times of the week or day. And calls can be diverted to other extensions if a phone has not been answered after a specific number of rings. If a particular promotion is happening or a company is on an away day, all of this can be accommodated to cope with peaks, out-of-offices and other scenarios.

And because the data is recorded and collated, companies can look at and analyse how well they are managing their phone system in the context of staff productivity and customer service.

Companies are being more creative

The majority of businesses have historically used their phone systems to make and receive calls, but over the years various new bells and whistles have been added, enabling companies to perform many more useful communications functions, such as recording messages.

The cloud, however, has created even higher levels of creative functionality because the telephone system can be integrated with the IT of an organisation and needn’t stand alone from it. This convergence means that companies can conjoin applications.

Here are two ways, for example, that companies can achieve some clever things with their phone system:

With the cloud, telephony has evolved from purely voice communication to an intelligent communications hub that operates seamlessly with (CRM) Customer Relationship Management systems and can be at the heart of customer interaction.

This can have a hugely tangible difference to a company’s productivity as well as s customer’s experience of the business.

Examples include click-to-dial, where users simply press a hotkey to dial a number, and screen pop functionality where employees can quickly view relevant information about the caller.

WebRTC provides web browsers and mobile applications with Real Time Communications (RTC) capabilities. What this means is that customers can initiate contact with a company representative or customer service agent directly from the company’s website and without the need to install any other software applications.

Customers can make a call quickly and efficiently to a company’s cloud phone system with a single click, rather than having to dig out a number and dial it separately.

With WebRTC, data enables intelligent call routing to the business based on web visitor information in real time. The business can also collate reports on contextual data from a visitor’s web sessions. If, for example, someone is browsing on a particular web page and then clicks on a button to make contact, the call will be directed to the most appropriate and relevant person or team.

In summary, the cloud has had a marked impact on the way that companies design and manage their telephone systems, providing levels of control and innovation that have never been experienced before. Not only does this provide businesses with the ability to be far more flexible, they can avoid costly interventions by their phone provider and design business operations to suit their ever-changing needs.

Skipping the office and moving to the cloud could boost productivity

How to utilize technology to benefit your business

Why choose SaaS application development for your business success?

Beyond hiring and firing: What is HR management?

Cut your broadband costs: How to slash your internet and line...

Rachael Caffrey - April 29, 2019 0
It's something that is absolutely essential to everyday life these days is being online, OK so I'm sure most of us would get by...
We use cookies. To learn more, read our Privacy Policy.Ok