Last Christmas, failure to give enough information about parcels sent beyond the EU caused an average delay of over 11 days at Customs. 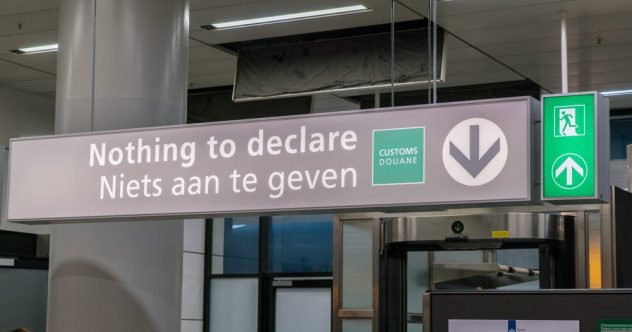 That’s according to international parcel broker ParcelHero, and they’re urging the industry to help ensure gifts don’t get stalled at Customs this year.

The global courier has revealed that 12% of all gifts shipped beyond the EU missed arriving in time for Christmas last year, simply because they had not been properly described in the Customs invoice form. ParcelHero’s head of public relations, David Jinks MILT, explained, “No one wants their presents to arrive late for Christmas. Our industry needs to take more steps to ensure that our customers’ gifts to friends and family overseas are sitting safely under the tree, and not in a Customs warehouse, on Christmas Day.”

“It’s really important that people declare the contents and value of each item inside a parcel on the Customs invoice, so that Customs Officers don’t have to open the parcel, which causes delays.”

“Our research reveals a huge 49% of gifts were held-up at Customs last Christmas. Shippers need to understand that, when sending presents outside the EU, they must be sure to specify what is inside on the Customs documentation. On average, parcels labelled simply ‘gift’ or ‘present’ were held 20% longer in Customs last Christmas.”

“Many people only send a parcel outside the EU at Christmas, and they need possible delays and tax exemption limits on gifts to be better explained. It’s vitally important that they know the final mailing dates including Customs clearance. This is why ParcelHero has launched a new stress-busting Christmas overseas mailing page to help people avoid these pointless delays by being aware of final shipping dates and exemption limits on gifts for different countries.”

“Shipping beyond the EU, shippers must be made aware that they may have to pay import duty and tax, even on gifts. Different countries will decide their own levels of import duties and taxes. However, there are many countries that have quite generous exemption levels on gifts, or have quite a high value threshold before duties and taxes are imposed. For example, Australia won’t charge duties or taxes on any items below 1000 Australian Dollars – around £480 – and the US won’t impose charges on gifts below $100 US Dollars (around £65). Conversely, India imposes these on any gift above just 1000 Rupees, which is around just £10. Customers need to know these facts.”

He continued, “Unsurprisingly, there are some destinations that are known to experience regular delays, so senders need to allow extra time and take care to fully describe items. For example, 85% of all shipments to China and 78% to South Africa were four or more days late last Christmas.”

“It’s also important our industry makes senders aware that any extra duties to be paid will have to be borne by the receiver, and that also means they will be told what the item is, spoiling the surprise. Paying all duties in advance might be the safest choice; an option that is available through companies such as ParcelHero.”

For people who send gifts outside the EU perhaps just once a year, sending parcels abroad shouldn’t be a minefield.