Organisational structure determines how the roles and responsibilities are managed and distributed within a company. It guides the employees on the level of their competency and provides them with meaning and identity. It helps to organise work and ties people together. 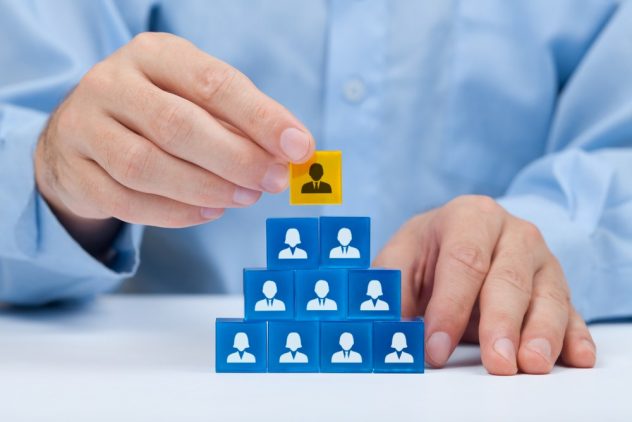 The first and most common organisational structure is a hierarchical structure. The division of labour, as the name suggests, acts in accordance to layers. This type of structure dictates the communication flow that occurs from top to bottom, which makes transparency suffer and can decrease cooperation and stagnate engagement. Nonetheless, it also maintains the position of an organisation and keeps employees clear in their tasks and responsibilities. The truth is that the hierarchical model poses more threats than benefits to a company’s profit as on many occasions it can become the main reason for employee turnover. Hierarchical structure is more commonly visible in big companies, such as Walmart, but the decision solely depends on the values and the degree of control an entrepreneur wants to have.

On the other side of the coin, ‘flatter’ organisations try to decrease the number of layers and at the same time increase information flow and collaboration between departments. It allows for better communication yet maintains control over the organisation and projects. Nonetheless, such organisations might create a situation where one employee reports to multiple managers, who in turn might not be up to the task as often in ‘flatter’ organisations multiple roles are assigned to just one person. This model is mainly adopted by big and medium-sized companies, with enterprise examples including Facebook and Apple.

Choosing the flatter organisation structure represents the first step towards adopting the most recent invention in this field- flat organisation. Companies who have adopted this model face a reverse situation to those with a clear-cut hierarchy and layers. There are no managers and every employee takes part in the decision making process. In companies like Semco Partners or Valve this model seems to work extremely well in making every employee take part in projects of their choosing, thus giving them freedom but also affording real responsibility.

One lesser known structure, as adopted by Dutch visionary Eckhart Wintzen, is a cell structure. The concept refers to the biological term for the basic unit in all living organisms. Just like in the body, organisational cell structure focuses on creating independent cells within an organisation who act in a decision-making manner and are managed completely internally. On top of this there are global cells, including IT or Finance, to which basic cells report. This allows an organisation to develop strategies pertinent to what the cells need without having to compromise. TravelBird and BSO/Origin (now Atos) are popular examples of this model.

Cell structure is quite similar to the holacratic organisation approach invented by Brian J. Robertson. This model divided company into departments, still engaging some level of hierarchy and division, yet allowing independent members to focus on their core competencies. The decision making process is spread out and is incorporated across departments, leading to the disappearance of a physical “boss”. Many non-profit organisations, including Conscious Capitalism, and for-profit organisations, like Zappos, have adopted this model.

Tips to improve your work environment

How to use employee feedback for improving your business