Every single day, the sky is awash with thousands of planes criss-crossing high above terra firma. Transporting millions of passengers for business and for leisure, air travel has helped make the world a much smaller place, connecting every corner of the globe.

Air travel has become such as commonplace part of modern living that it’s almost incomprehensible that 100 years ago, a flying vessel overhead would be treated with awe, wonder and a little fear. But generating billions of pounds for economies all around the world, and ensuring that professionals can meet face-to-face, flying and air routes are now central to the success of many industries and regional economies.

Millions of people travel by air every year, but there are some routes that are significantly busier than others. In many ways it makes sense that South Korea has the most popular route. As a land locked country South Koreans can only travel out of their country by sea or air.

Whilst a trip to the airport and a quick glance at the departures board can give you a broad idea of popular destinations; flight rewards team, PartnerPlusBenefit, have compiled a list of the world’s busiest air routes. Presented in an attractive and digestible infographic; World’s Busiest Air Routes provides some interesting insights into the aviation industry.

The Asian aviation industry is certainly booming, dominating the list of the world’s 10 busiest air routes – owing largely to the large populations of nations such as China and the presence of massive economic centres including Shanghai, Hong Kong and Singapore.

The strong contingency of coastal airports in the top European routes (see Toulouse, Catania and Nice), demonstrating the importance of tourism in Europe.

In addition to the lists of the top air routes in the world and in Europe, the PartnerPlusBenefit team has provided a handful of fun facts and stats about the aviation industry. 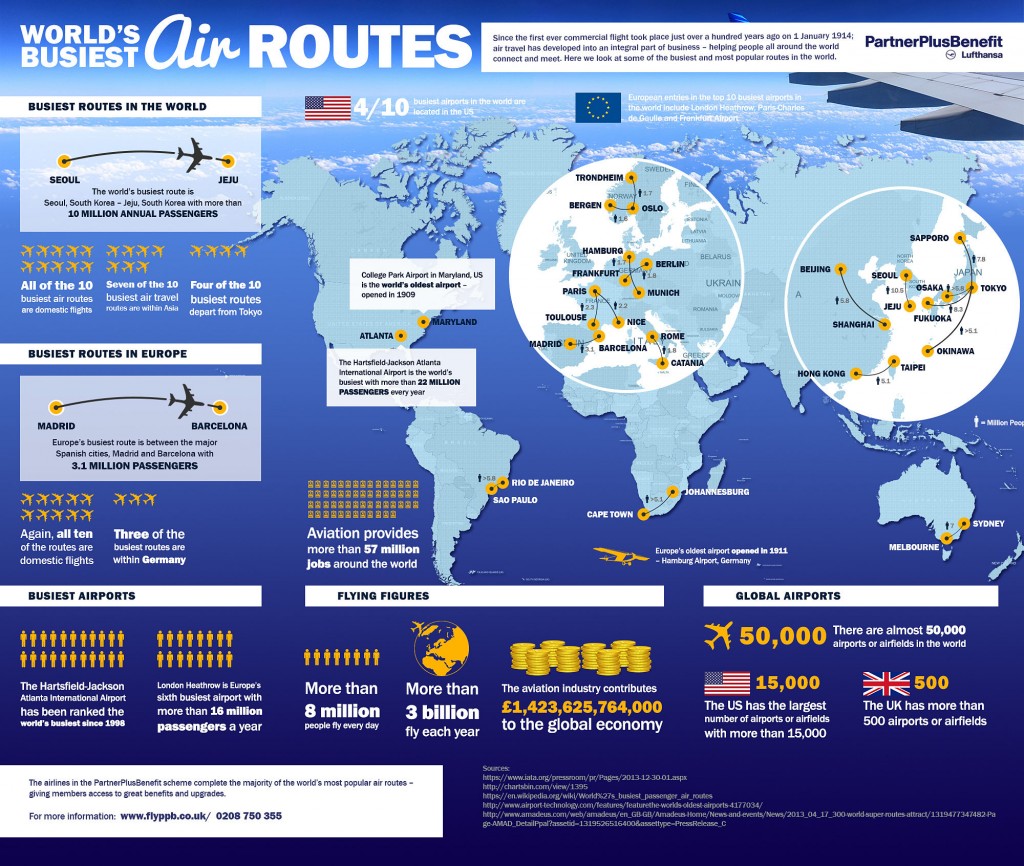