Businesses will suffer higher recruitment costs and struggle to retain talented staff if they fail to pay and promote women equally, according to research.

Employees still believe men are more likely to get a pay rise than women and that men will be accorded more respect than women if they are promoted when it should be equally considered. 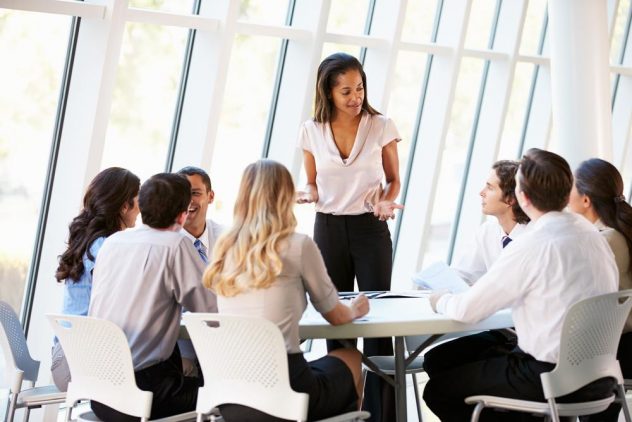 The research, commissioned by recruitment specialist Randstad, revealed women had, on average, received two pay rises in the last five years, compared to men who had received three.

Woman found it harder to ask for a pay rise with three-quarters of them admitting they hadn’t requested one in the last three years. The top reason given for not asking was because they didn’t want to risk losing their current job. Fear of their boss’s reaction and having to justify their request were also key factors.

“If companies don’t address it, they will be faced with higher staff turnover and lower retention rates which will push up their recruitment costs and ultimately affect their bottom line.

“Our research has found time and time again that companies with a reputation for not treating employees equally will struggle to recruit the best staff, and will naturally have a smaller talent pool to choose from. Candidates will simply opt to take jobs in companies with a better reputation.”

Two thousand full-time workers across a wide range of sectors were interviewed for the Randstad survey on pay. More than a quarter of men asked felt they were more likely to get a pay rise than their female counterparts, indicating the entrenched nature of the gender pay gap.

More than a third of respondents gave employer attitudes as the main reason women were held back and 36% felt a “glass ceiling” still existed for women. In addition, the survey revealed there was still a perception that not enough was being done to get women into “top jobs”.

There was also significant variation across the different industries with traditionally male-dominated industries such as finance and tech faring worse than care and education for equal pay and the perceptions surrounding it.

More a third of finance professionals felt men were paid more than women and 18% said there would never be a time when men and women were paid equally. But in care roles, the majority of those asked believed earnings were about the same. In teaching, a predominantly female profession, more than half of men asked felt enough was being done to reduce the pay gap though women disagreed.

Pay rises were also given without asking, perhaps attributable to the public sector nature of many of the roles and published pay scales. However, there is still a disproportionately high number of men in senior roles in those industries.

Mr Bull said: “The gender pay gap is the narrowest it has ever been, but some industries are still not addressing this as rigorously as they should and this could affect their long-term effectiveness and profitability.

“There is no doubt all industries are moving towards pay parity and gender equality, their recruitment processes are more robust and they are looking at flexibility and ways to encourage women. But based on our results, sectors which are traditionally male-orientated still have some way to go.

“Such sectors can, however, really benefit from the input of talented female professionals who bring with them experience, fresh ideas and diverse ways of thinking. All industries though, need to look at how they can get women into senior positions – it’s not just about promoting equal pay, it’s about equal career progression too.”

Pay parity is in sight, however, with 44% of employees believing the gender pay gap will be eradicated and 57% of those surveyed receiving a raise without asking for one.

A spokesman for Randstad said: “Businesses are proactively recruiting women and reaping the benefits. The gender pay gap appears less pronounced in public sector industries, where pay scales are published and there is a clear pathway to promotion. Private sector industries like marketing, accounting and finance need to become more transparent as well.

“Legislation requiring larger companies to publish their bonuses and the average difference between male and female employee pay should help. But they need to ensure their recruitment processes treat male and female candidates equally, and to make it clear employees are rewarded on ability and experience, not gender.”

5 areas every startup should consider outsourcing

How will the open talent economy affect the future of work?