It’s no secret that many workers have idle time throughout the day. Sure, they might go on regular breaks. But, when they’re supposed to be working, they might be doing something else instead. So, what are the top reasons for that, and what can employers do to improve things?

The good news is you can stop people from wasting time in the workplace. How? By following these simple steps: 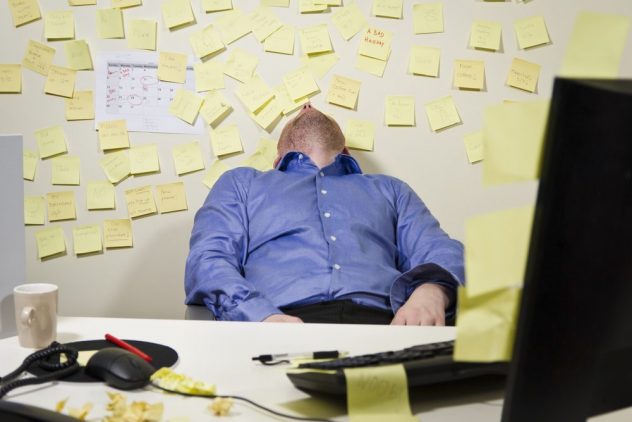 One of the biggest causes of time-wasting in the workplace is when people are in meetings. Often, meetings will “drag on” and attendees will lose interest and start to daydream. Many employers are also guilty of inviting people to meetings that have no relevance to them.

The takeaway from the above scenario is simple. Keep all meetings short and focused on the topics at hand. Plus, only invite individuals that need to be there. For instance, if you’re having a sales meeting, your IT staff don’t need to get involved in it.

Invest in time and attendance software

Let’s say that you run a retail establishment. You might pay your staff according to the hours they work. But, employees sometimes work less than their contracted hours. It goes without saying that you don’t want to pay people if they aren’t doing any work which is where the importance of employee time tracking comes in.

One way to ensure you can account for each worker’s time is by using time and attendance software. In a nutshell, they “clock” in and out each day using a computer system. Other options exist, such as wall terminals and biometric desktop readers.

Make sure people have the right tools for their jobs

It might shock you to learn that some employees waste time because they have to wait for things to happen. Examples include running reports or downloading order information from e-commerce systems. Usually, this is because the tools they use are inefficient or outdated. For example, people that operate PCs for work might waste time if they have to use older, slower systems.

On a similar note, machines that perform specific tasks might not keep up with demand. It’s important to assess and evaluate if each person has the right tools at their disposal. Should they have ineffective tools, it’s time to invest in some new ones.

When people feel bored during the day, they might spend a few minutes browsing social media. Some companies have taken steps to block access to all social networks at all times. But, savvy employees will find ways to circumvent such steps. For instance, they might use their smartphones instead.

Rather than placing a blanket ban on social media, a better idea is to allow it only in certain time periods. You could allow people to go on social media from 12-1pm, for example. Or you might allow a brief window during the afternoon lull.

The benefit of such an approach is your workers will be more productive during the earlier part of the day. Some might see that approach as rather controversial. After all, you want your employees to be productive all the time, right?

The truth is, we are all human beings and we all need some downtime each day. It’s better to manage downtime when it will least likely affect your firm’s productivity.

You may think that a five-minute break every hour during an eight-hour day means a lot of downtime. After all: that equates to 40 minutes lost each day. Or so you thought!

The trouble with only having one main break each day is it can affect people’s concentration. It’s important to add a series of “tiny” breaks during the day as well.

It makes sense if you think about it. Your staff can go to the toilet, have a cigarette outside or check their emails. When their five minutes are up, they can be 100% productive for the next 55 minutes.

Last, but not least, it’s crucial that your staff know what they’re doing in the workplace! A lot of time-wasting occurs when people don’t know how to complete a particular task. Plus, they could end up passing on the wrong information to colleagues.

Ensure that all staff members have a strong training regime. Have them update their skills when new technology gets used in your company. Giving your staff the right training offers many benefits. First of all, you increase employee engagement. Staff are more likely to do a good job if they’re confident in what they’re doing.

Second, you increase your firm’s overall productivity. That means your business will grow faster. And, third, your employees are less likely to jump ship and look for another job elsewhere.

Why large corporations need to support their intrapreneurial employees

Dominic Lill - March 31, 2017 0
According to Tech City UK's Tech Nation Report published on Wednesday, startups are forming twice as fast as last year. We can't help but...
We use cookies. To learn more, read our Privacy Policy.Ok