In an age of outsourcing and overseas production, British businesses are often hard to find. However, there are some pillars of British economy that remain immovable no matter how much time changes and society shifts. Their stories are not just interesting; they are directly entwined with the development of British culture. 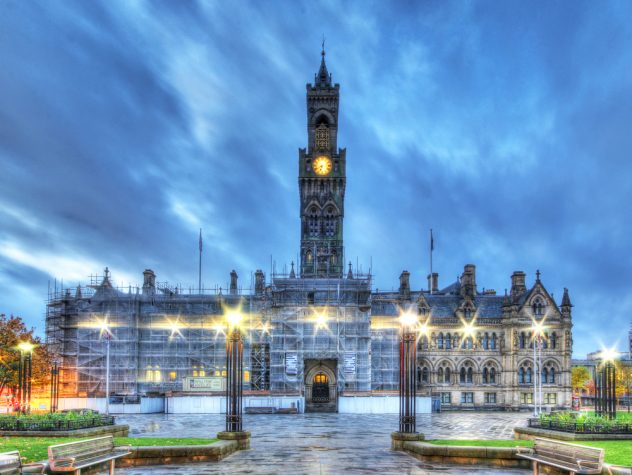 One such company is HC Slingsby, a workplace equipment retailer with humble beginnings in Bradford.

The company’s namesake, Harry Crowther Slingsby originally worked for his family’s company, Wholesale Bottlers, which was established in Bradford in 1883. As he worked, he began considering what he could use as labour-saving devices to help haul raw materials and make the lives of employees easier.

At the time, gravity was the main mode of transporting items between floors. While this worked, it was still difficult to move the cumbersome materials across the often large, horizontal factory floors. As a result, Wholesale Bottlers began using a range of locally designed and built equipment. These were often sled-like runners, adapted by different industries to carry a variety of loads.

Sack trolleys, a favourite of farmers and brewers, were adopted to help transport goods horizontally, while two-wheeled Trek Carts were also used. These high-wheeled flat carts had low sides and a shaft that led to a handle so it could be towed easily along. A popular method of haulage for boy scouts and navy sailors, they were also useful handcarts for street traders to move their goods around.

It was through observing and experimenting with these systems that Harry Crowther Slingsby began designing other apparatus and equipment that would help every trade. By using his first-hand experience, Slingsby created trucks for the textile mills. The industry required trucks that could contain bulky fibres yet were light enough to be pushed and operated by a single person in confined spaces.

Inspired and realising a gap in the market, Harry Crowther Slingsby founded his company as a manufacturer and retailer of workplace equipment. Their products were popular in Bradford, helping workers move goods around factories and yards in the city. The early lifting trucks sold by Slingsby and his sons would go on to be the forerunner of the pallet truck – but the needs of the workplace began to expand as new industries started to develop.

No longer was the British workplace primarily factory-driven, as offices and clerical jobs became popular. In order to expand, HC Slingsby began supplying a diverse range of products, such as seating, safety equipment, shelving and storage and much more. By adapting to meet the needs of their core customer base, the company has thrived and is now a dedicated workplace partner of many businesses. In fact, Slingsby products are now found in workplaces up and down the country.

Since going public in 1961, the British business has expanded to offer a range of over 30,000 products to businesses all across the UK. The company hasn’t forgotten Harry Crowther Slingsby’s commitment to family though — there are still members of the Slingsby family on the company’s Board of Directors.

The key to business success: Place customers and colleagues before management