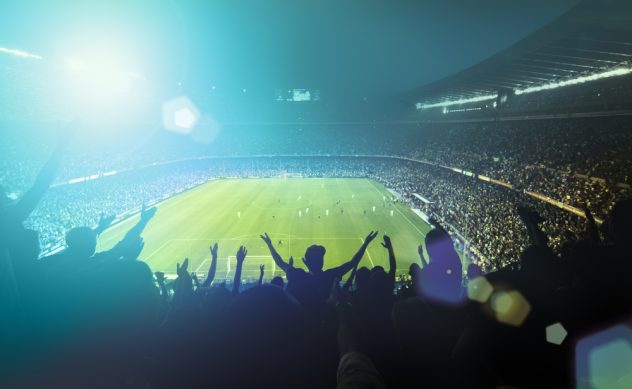 The European Championships are on the horizon and things in the football world are quickly moving on. But Leicester City winning the Premier League last season was one of the most impressive sporting achievements of modern times – some would say ever – and is likely to remain in the memory for many years to come.

There has been a lot written about the Foxes’ success, and what they’ve done has been dissected many times over.

But are there any lessons that can be taken from their fairytale story and applied to the world of business? Well, quite a few, actually.

There have always been a lot of similarities between sport and business, and perhaps that’s why many sportsmen and women go into business once their first careers come to an end.

In my recruitment business, many of the things that would help someone in the world of sport also prove attractive to me. Because I recruit people at the start of their careers, I’m looking less for the skills they already have and more at their general behaviour and traits.

Skills can often be learnt later. What’s important in the young recruits we hire are things such as leadership attributes, the ability to compete, teamwork and the ability to perform under pressure.

At Leicester, the manager, Claudio Ranieri, was key. A lot has been written about how he motivated his players but I think the most important thing was how he spotted the vital attributes in his players. It wasn’t even his own squad to start with – the majority of the players were ones he inherited from the previous regime.

Again, it’s the same in the world of business. If you buy or inherit a business, you don’t necessarily have to rip everything up and start again. Even if the people are not the ones you’d have chosen if you’d started from scratch, take your time and have a look at what is already there. If they have the commitment and the right spirit and they embrace teamwork, you are often halfway there, and you might find that you can achieve success with the resources you’ve inherited.

Once you’ve got your way of working ingrained into people, only then does it become about managing them. If people don’t want to play for your team or don’t want to be part of your business, the dynamic won’t work. But if they buy into your ethos and support each other, the sky’s the limit – as Leicester have shown.

The key thing to me this season was their team spirit. They were so together and they had genuine belief that only grew and grew as the campaign went on. All the manager had to do, once he’d ingrained the right culture into his squad, was keep their feet on the ground and keep them ticking over. He’d done the hard work at the start.

And in business, as in sport, get the basics right and you can achieve great things.

Keep your employees happy at work with these essentials