Over a third (34%) of the UK’s serious investors – with more than £100,000 in investments – would invest in SMEs but do not have the knowledge to do so. This equates to £126 billion in untapped private investment funds. 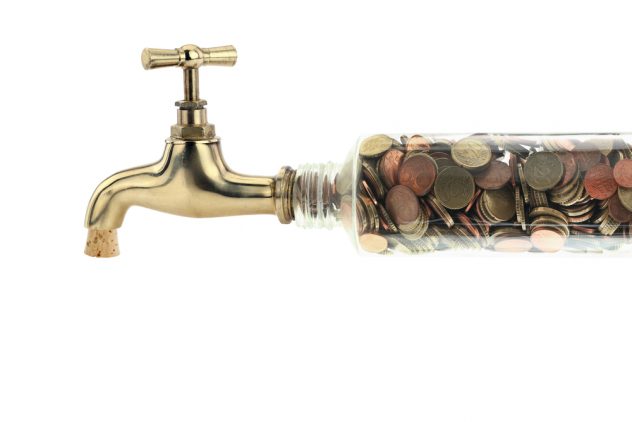 The lack of awareness is despite the fact that 71% of private investors with over £40,000 worth of investments feel confident in the growth capabilities of UK SMEs and 54% are looking to the Enterprise Investment Scheme (EIS) for this tax year.

Research launched today by private equity firm IW Capital across 2,000 UK adults and investors reveals that billions in vital development finance is left inactive due to a lack of investor knowledge. This is despite David Cameron’s 2015 pledge to fill a £1 billion funding gap that is preventing the growth of UK SMEs, fuelled in part by institutional lending reducing at a rate of £5.7 million a day. Osborne’s latest Spring Budget focused heavily on the micro-businesses of Britain’s private sector, but did not do enough to educate high-net-worth individuals as to how they can invest in upscaling SMEs.

Given the high levels of confidence and subsequent intentions in the new tax year from April 6th, the research further analysed investor sentiment towards one of the last private equity initiatives supporting SMEs – EIS – with 64% of investors who intend to invest between £100,001 and £250,000 looking to this scheme for their investment plans. Over of half (54%) of investors with over £40,000 in portfolio size (not including their mortgage or pensionable assets) will do so imminently for the 2016/17 financial year.

In his eighth Budget under Conservative power, Osborne addressed the nation with a directed agenda for business, aimed at “lighting the fires of enterprise”.  That said, little was announced to specifically address a finance deficit – billed by Cameron as a “valley of death” funding gap – crippling UK SMEs who are faced with transitioning from fledgling start-up into thriving mid-size enterprise. With the majority (55%) of small and medium-sized enterprises failing to survive more than five years, today’s research unveils a vast pool of available investment finance left untapped, despite investor sentiment indicating high levels of confidence and financial intention in support of UK SMEs.

When analysing the sentiments of the 2,000-strong national sample further, Osborne’s Spring Budget is particularly pertinent. Predominantly addressing mid-earner taxation – with those earning under £45,000 removed from the higher rate tax threshold – those who do fall into the higher and additional rates of payment were relatively overlooked. Accounting for 16% of the UK taxpayer population, this high-earner group contributes a disproportionate 67% of the country’s income tax bill. IW Capital’s nationally representative research examines just how much income tax the UK’s high-earners pay in comparison to the national average, with a focus on specific investor sentiment towards one of the last remaining tax relief initiatives – EIS. The research was also commissioned to establish investors’ 2016/17 tax planning agenda, and is supported by qualitative insights from Sarah Wadham, the Director General of the EIS Association.

The Taxpayer Sentiment Report 2016, based on an independent survey of over 2,000 UK adults, reveals:

The key findings include:

How to perfect your investment strategy

Can you make money from buy to let property?

Hiring a self employed accountant in Essex England

Intact and stronger than ever: How coaching helps businesses emerge from 2020

Do you need a good credit score to start a business?

Why stock market research is essential before investing

The advantages of growth stocks for investors

Dominic Lill - February 8, 2017 2
Running a small business is a rewarding career, but it’s also filled with all of the responsibilities that come along with growing the company...
We use cookies. To learn more, read our Privacy Policy.Ok