It can be difficult enough to get employees to focus solely on their work during the summer months as it is, but this year could prove to be even trickier. 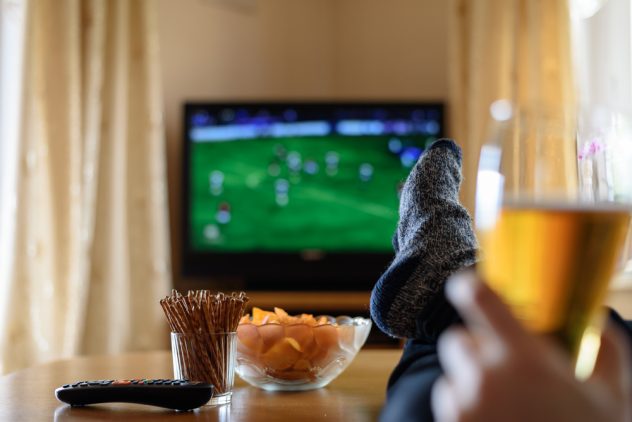 With the nation being represented at both the UEFA European Championships starting in June, and the Rio Olympic Games following shortly after in August, it’s understandable that some business owners will be concerned about their ability to keep their employees’ minds focused on their work.

Research conducted by business energy comparison specialist Love Energy Savings has shown that people may not be afraid to put their leisure activities before work if the need arises. In a recent survey, they asked whether workers would be willing to take a sick day in order to watch a sporting event, and one in five people responded with ‘yes’.

To highlight the scale of the problem, it was widely speculated, prior to the 2014 World Cup in Brazil, that the event would cost the UK economy an eye-watering £4 billion in lost productivity. It’s also worth pointing out that the majority of these games kicked off outside of traditional British office hours (due to the different time zones), whereas the England vs. Wales match at Euro 2016 will take place at 2pm on a Thursday afternoon!

But your output doesn’t have to grind to a halt, and you don’t need to compromise your employee engagement either. If you want to keep productivity high without cracking the whip too much follow these top tips on keeping people motivated, and discover how you could even turn sporting events to your business’ advantage.

Whether they’re watching the football or cheering on Team GB at the Olympics, as the dates for certain matches and events get announced, you’re likely to see a spike in the amount of annual leave being requested. But, as much as you may want to, you’re not going to be able to accommodate them all. However, you can take steps to make it as fair as possible.

Gather a list of dates, and ask everyone to register their interest in any games they want to watch. Calculate how many people you can afford to have off on a single day, and establish a rota to see if everyone desperate to take a day off (for the group matches during Euro 2016, for example) can do so.

Expand on your flexitime offering

In an effort to achieve more of a work-life balance, as of 30th June 2014, all employees now have the right to request flexible working arrangements from their employers. As we’ve explored in the past, introducing “flexitime” policies can be a difficult balancing act. And while you may not want to use it to cover sporting events, your staff will likely be grateful for it during the summer months.

Take the Olympic Games for example. Rio de Janeiro is currently four hours behind the UK, which means odd starting times for some of the world’s most anticipated events are likely (in similar fashion to the aforementioned 2014 World Cup). Allowing your employees to start later, in order to accommodate a lie in after an adrenaline-filled late night watching the 100m final, ensures that they are not distracted by yawns and wasting the day being unproductive.

Before implementing any concrete plans, be sure to have a think about any temporary changes that you could introduce into your business structure. Are there ways that your employees could make up for taking time out to watch games? In return for ducking out of the office for a couple of hours, could your sales team make it up by attending more conferences or after-work meetup events? You’d could find that their customer service improves dramatically, as they will be grateful for the leniency shown and therefore more invested in their role.

If it’s your turn to man the desks instead of taking a day off, you’ll probably be tempted to check Twitter for an update on the score. But whilst your employees may think that popping onto Twitter for a few seconds to check the latest state of play does nothing to harm their performance, statistics actually suggest otherwise. Research conducted by Officebroker.com calculated that using social media during the nine to five could actually be costing the UK economy more than £25 billion a year.

Officebroker.com’s investigation into the digital habits of the country’s workforce has revealed that 72% of people check their Facebook during office hours. 81% of those admit to taking measures to hide their usage, whilst 35% say they spend as much as an extra hour a day on social media during work hours.

No matter what policies you implement, there’s no practical way to monitor everyone’s social media usage, without cracking down on it completely (at which point you risk alienating your staff, thus damaging team morale and engagement). So why not come up with a smart and practical solution?

Karam Bhart from Smarter Digital Marketing recommends that managers communicate a break policy, to avoid people becoming burnt out and distracting themselves on social media: “Being too stern with your workload can push staff into wanting the all-too-often ‘stretch of the legs’. Only to walk through the hallway to check their phones for the scores. Instead, allow for there to be small five-minute breaks, or for a target to be hit then the reward is to have a few minutes away. Sounds simple, but it works a dream.”

Despite any measures you put in place, the chances are that your employees will still be distracted by what’s going on in the world of sport. There’s simply no way around it. So if their attention is likely to be elsewhere, why not use it to your advantage?

Research conducted by CV-Library has found that 82% of employees believe that sporting events like the Rio Olympics provide a good opportunity for staff to bond with one another, regardless of whether they love sport or not. Despite this opinion, they also found that only one in 10 businesses utilised the excitement and momentum of high-profile events for employee team building.

Lee Biggins, founder and managing director of CV-Library, believes that businesses should embrace the energy that goes hand in hand with sporting occasions: “Events such as Euro 2016 and the Rio Olympics shouldn’t be viewed as a negative – they are actually a great opportunity for businesses to engage with their staff and improve productivity. Particularly during the summer months when employees can feel distracted by holidays and the heat. Implementing internal sweepstakes and other incentives associated with sporting events make staff feel valued, whilst also helping employers to manage expectations.”

How future technology will change the landscape of the automotive industry

How outsourcing can help you build a successful business