The Brexit debate has been acrimonious, shrill, and – some might say – interminable. But has it been effective at influencing the undecided and changing the minds of those on one side or other of the line? 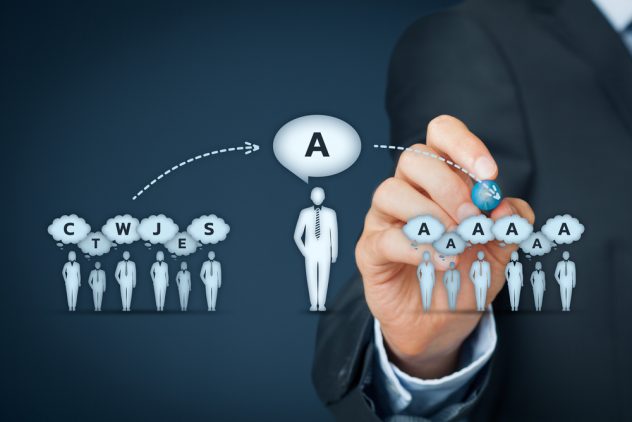 That’s a tough question. In the run-up to the election, polls suggested that both sides stayed pretty close to the mid-way line in terms of public influence. That’s not a great endorsement of the presentations either side made.

A charge levied at both sides is that, as one voter said during a live TV debate, there are “plenty of claims and counter claims – but a distinct lack of hard facts”. In fact, the debate has been a real endorsement to Benjamin Disraeli’s attributed quote, that there are “Lies, damned lies, and statistics,” with numbers flung at the UK public like confetti. If a business presenter were to adopt this tactic they would certainly not convince the board to fund their project!

Opinions, figures and counter claims have blended into a maelstrom of printers’ ink, but precious little reasoned and coherent arguments. Those with influence and a stake in the outcome of the debate have not remained on the side-lines, whether or not they will experience a potential Brexit first hand. Barack Obama, for example, told the UK that “part of being friends is being honest,” and that a Brexit would put the UK at the “back of the queue” for trade talks, speaking when visiting London in April. At least Obama spoke with a simple, clear message, carrying weight.

The effect on the Conservative party could well be very long lasting. The leader of the party, Prime Minister David Cameron, is publically pro-remain, but many in the party have historically and publicly been vehement Euro-sceptics. Former Mayor of London, conservative MP Boris Johnson spearheaded the Brexit campaign, leading to fighting within the party and a flurry of acrimonious and contradictory messages from colleagues within the organisation. There’s a lesson there for any organisation on how to behave that relies on consistent messaging to influence audiences. So what can a presenter with a mission to increase their influence learn from the referendum run-up?

A presenter should consider not only what they want their audience to take away from the session, but the way they get there, to encourage them to take the decision you want. Words, messages and audio-visual should combine to deliver both an emotional and rational response. Bold claims should be backed by evidence or plausible theories.

Statistics can add to your argument, but are a double edged sword

Both sides have deployed legions of figures, giving large, scary numbers – hundreds of millions of immigrants, billions of pounds of expenditure, etc. – but with each side refuting the other’s claims, the figures have not translated into solid, incontestable facts. This has hurt both sides in the debate and massively contributed to the analysis paralysis of the large block of undecided voters.

Appeals to emotion are powerful, but risk an unfocused message

The leave campaign, spearheaded by speakers like Johnson and Farage, has pinned their headlines on simple and grand claims or statements (that have been hotly contested!) centring on issues of control and autonomy, such as:

Until the latter stages of the debate, the Remain campaign was more fact based, drawing on statistics rather than appeals to the heart. The leave coalition was more varied, with Conservatives and Labour parties split on the issue but working together bi-partisanly, and the whole of the Green and Liberal parties backing remaining in the EU. As tensions rose, so too did appeals to emotion, balancing those from the leave camp. The Remain messages centred on:

Given the increasingly emotional nature of the appeals on both sides, the world’s most influential psychologist, Daniel Kahneman, Nobel laureate and father of behavioural economics, warned that the “major impression one gets observing the debate is that the reasons for exit are clearly emotional,” he said. “They look short-term and based on irritation and anger.”

And one thing is for sure, whichever side of any debate wins, both sides should always agree that an unreasoned, confused debate benefits no one, and certainly not floating voters relying on the media-reported messages of the campaign parties to help them make a very difficult decision.

Learn more about the art of influence at the Present Conference, 13-15th July where the world’s premier presentation experts will all be in one place, sharing how to plan, build, deliver, and showcase the very best influential presentations. Visit http://presentconf.com/ to discover more.

Should smart technologies be allowed in the workplace?

7 tips to prepare your business for Brexit