Digital ad spend in the UK increased by a significant 16.4% in 2015 to over £8.6 billion, according to a recent report from the Internet Advertising Bureau (IAB). This marks the biggest year-on-year increase since 2008. 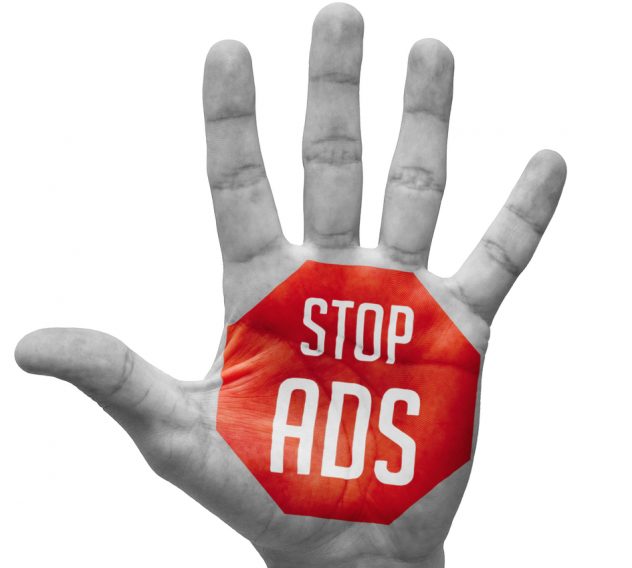 But there’s a fly in the ointment. The media industry and digital advertisers (UK businesses, basically) are now facing a very serious threat courtesy of the exponential rise in consumers using online ad-blocking solutions.

Now many people would argue that the industry has received its just desserts through complacency and a total disregard for online browsers, i.e. the consumer. And to an extent it’s hard to disagree with this. Some online ads have taken interruption marketing to a whole new level.

We’ve all been in a position where you can’t watch the video you want to until you have waited a minute for a terrible ‘pre-roll’ ad to run. Or worse still, we’ve had to endure one of those ‘in-stream’ ads that comes up half way through your online content that you can’t skip through. Many make you want to scream.

But this doesn’t have to be the case. After all some can ads can be exceptional and get shared by millions of people. But to do this generally involves a lot of research and creativity, and a bit of spend, too: while some businesses understand the importance of this, many more do not and that’s a problem.

Ad-blockers on the up

Anyway, the net result of such intrusive digital ad practices to date is that consumers have started to push back en masse by embedding browser plugins that are specifically designed to filter out advertisements – and they’re doing this on both their desktops and mobile devices.

Indeed, in the UK, the IAB’s latest research from February 2016 reveals that more than one in five (22%) British adults currently use an ad-blocking solution — up from 18% just four months earlier. And this is expected to grow by a further 5% by 2017 with an estimated 14.7 million UK adults using ad blockers, according to eMarketer’s study.

This hits advertisers but it also hits the media platforms running their ads, for whom it is a source of revenue. Reflecting this, media platforms such as Forbes, Channel 4 and City A.M. have started to prevent people using ad blockers from accessing their content. It’s a vicious circle with no obvious conclusion — other than the bottom line of the companies creating the ad-blocking software.

Anyway what, as a business, can you do about this? After all, if one of your main marketing channels is online advertising, not having the visibility you once had could ultimately go on to impact your bottom line.

Businesses, more than ever, need to think long and hard about how they advertise online. They need to find out what consumers deem to be acceptable advertising, and what they deem to be intrusive and plain old annoying. After all, there’s no point getting visibility if it simply makes people hate your brand.

If they insist on publishing video or display ads, companies should at least try and do so in a way that is engaging and relevant to the consumers being forced to watch or look at them. In an era where content is king, settling for second-rate content is a dangerous game.

But beyond that, businesses should look to adopt a multi-channel approach to their digital marketing, comprising PPC (pay-per-click), SEO (‘search engine optimisation’, for example, through Google-friendly onsite content) and broader content marketing (generating creative content that may not be about your product and services but which brings people into direct contact with it). Public relations is another soft sell, and can not only raise your profile in the mainstream media but also secure you high quality backlinks — and lots of traffic.

None of the above options above are intrusive in any way, and can get business owners the visibility and traffic they deserve — without alienating their target customers left, right and centre. So think multi-channel rather than the sledgehammer approach: subtle can often be far more successful.

Everyone likes a little reward: How a loyalty program could help your business thrive