Close to two thirds (60%) of knowledge workers in small and medium businesses (SMBs) in the US, UK and Germany now use on-demand tools – technology that is internet or cloud-based – in their professional roles. This figure is higher than in companies with 500 or more employees (53%), displaying the agile, forward-looking nature of SMBs. 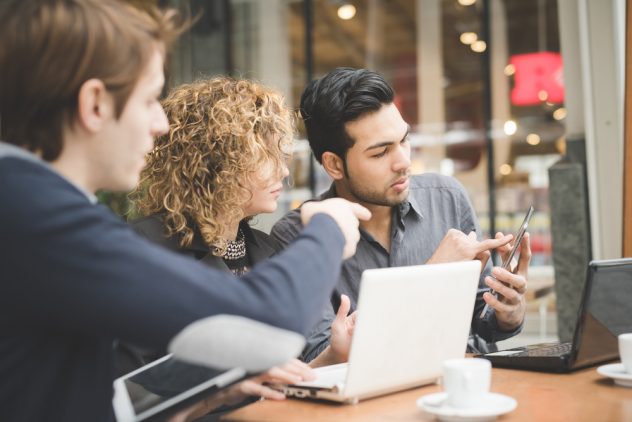 These findings are revealed in the Way We Work Study commissioned by Unify, the Atos brand for communications and collaboration software and services. Surveying 5,000 British, American and German SMB knowledge workers, those whose job is to “think for a living”, it reveals people’s attitudes and expectations about their current workplace, as well as what they believe future holds.

Knowledge workers at SMBs expect to see large changes in their jobs over the next five years. More than a third (38%) believe their roles will not exist after this timeframe, with almost two-thirds (64%) thinking they will not look the same. In this fast-paced environment, trust is vital. 76% of SMB knowledge workers feel they are listened to in their organisation, compared to 71% in larger companies, suggesting they will be well positioned to adapt in the future.

Technology is having a huge impact on SMBs. Email is still seen as an essential tool, with almost three quarters (70%) of small and medium businesses viewing it as such. Companies of this size rely on it less than larger organisations though; with 80% of the latter stating it is essential. There is also strong evidence of further consumerisation of enterprise technology. Close to two thirds (61%) of SMBs use their own devices at work, compared to just under half (47%) at large organisations. This suggests people want to work with the devices they are comfortable with outside of the office, so SMBs need to choose tools and applications that work alongside this.

“There is no technological gulf between SMBs and large organisations, and in many cases, SMBs are more progressive, as they are forced to do more with less, be innovative, and nimble,” says Thomas Veit, general manager, Channels, EMPAC, Unify. “Our study not only shows the huge impact technology has had on the industry, but the fact SMBs are adopting and integrating it into every aspect of their work. The Way We Work Study has confirmed what we have known for some time: growing businesses are more open to trying new technology. It has also established that knowledge workers are defining how, when and where they do their jobs and SMBs are taking notice. To remain competitive, they must put staff at the forefront of their organisation and technology is the key in achieving this.”

The Way We Work Study has found that virtual work has become normal practice. Close to half of SMB knowledge workers (47%) believe a single office as a physical workplace is less important than in the past. Although this trend is gaining momentum, smaller businesses are still not on par larger ones in regards to virtual working.

SMB knowledge workers value working outside of traditional office environments, with 37% of those with fewer than 500 employees stating that creative thinking is one of its largest benefits. Alongside this, almost a third (30%) value virtual teams for their ability to bring together different skills effectively. Although larger companies are more likely to have more locations, so will naturally explore virtual teams more, this suggests SMBs see the value in this type of work and are primed to examine it further in the future.

The office will also undergo further transformation. Currently, knowledge workers in SMBs spend 21% of their time, on average, out of the office. This is set to change, as over a quarter (26%) would like to spend between 26-50% of their working day away from their desks. Viewed alongside the fact that close to three quarters (72%) of SMB knowledge workers believe that social media and the internet has changed the way they behave in the workplace, it is clear the office environment is in flux. It is far from dead, however, as only 7% of knowledge workers in SMBs would like to spend 75-100% of their time away from a traditional office environment.

Freelancing and the on-demand economy is also altering work for SMB employees. Over a quarter (26%) of SMBs surveyed stated they were currently contracting, compared to 22% in larger organisations. Workers at these types of organisations were also keener to adopt this new way to work, with 56% of respondents at companies numbering less than 500 considering changing to a freelance or on-demand style of working over regular employment. In larger organisations just under half (49%) would be enticed by the same offer.

There are some elements of the workplace that satisfy SMB knowledge workers though. Work/life balance aspirations appear to have been met, with 95% of respondents stating they have a good equilibrium between the two. Even more encouraging is that over half (52%) believe their work/life balance has improved in the last five years.

“Our The Way We Work Study shows that the workplace, and work itself, is undergoing a dramatic shift,” continues Veit. “If small and medium organisations are going to continue to thrive, they need to listen to the needs and demands of those employees. Currently, individuals in small and medium businesses want more control over how and where they work, something technology delivers. The workforce is demanding flexibility and, if one business fails to deliver, others will.”

Was the Premier League’s record breaking transfer window worth it?