Poker is a popular game, watched and played by millions of people worldwide, but it tends to be a male dominated one. There are very few successful female poker players and women such as Maria Ho, are in a minority. Despite the lack of women players, businesswomen can actually learn a lot from how female poker players such as Ho operate. 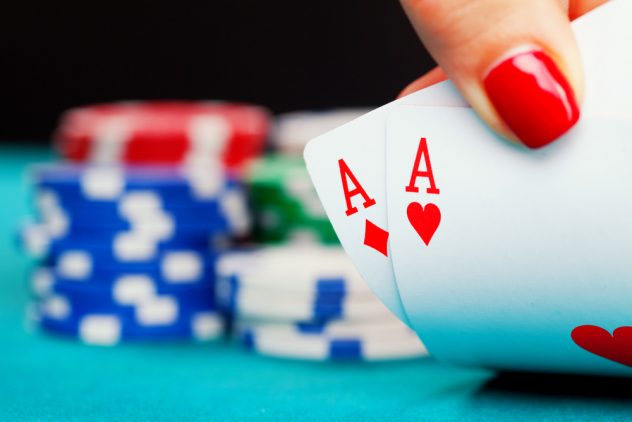 When interviewed, Ho explained that her greatest skill as a poker player is knowing when someone is lying. She says she has a strong intuition for liars and can always sense if someone is hiding the truth. As a professional poker player, this is a useful skill to have. Interestingly, Ho says men are a lot easier to read than women and whilst she can tell when a guy is bluffing, women are much better liars.

Be confident – there is no need to bluff

Businesswomen should take note of this subtle difference between the sexes. Bluffing is part and parcel of being a successful businesswoman or man. We routinely bluff in interviews when we are trying to persuade the employer we are the right person for the job.

Women are also guilty of bluffing to hide a lack of self-confidence, so instead of bluffing your way through tough job interviews, remind yourself that you have many skills, all of which are transferable in the business world.

Women and men differ a great deal in that men do not exhibit the same emotional responses as women. Men are more likely to maintain a neutral expression when talking whereas a woman shows her feelings. Many men use a poker face to assert control over a meeting or situation. Women often find this uncomfortable because it makes the man hard to read.

As a woman in the workplace, you need to avoid becoming too emotional, as this will reduce your credibility. If a man is stonewalling you and it makes you feel uncomfortable, resist any temptation to get upset or annoyed. Instead, call him out on his tactic and let him know you are not intimidated.

The reason why there are so few professional female poker players is down to the overt machismo and testosterone fuelled banter that takes place during poker tournaments. In many cases, this is not dissimilar to male dominated work environments.

To succeed as a woman in business, you need a strong degree of mental fortitude. You also need to be aggressive. Unfortunately, aggression is not a female trait that is encouraged so many women prefer to get ahead by using their feminine wiles instead. This is a mistake. In the long run, you will achieve more success if you avoid being passive and think like a man instead.

Know when to fold

All good poker players know when to fold a game. Sometimes it is better to accept defeat than stubbornly forge ahead against advice.

Women tend to underestimate their abilities. Be brave and take risks, just like Maria Ho. It will be a thrilling ride!