A global leader in the alternative finance industry, Capify, asked over 1000 business owners their thoughts on the shock Brexit result on Thursday 23rd June. Many news outlets have focused on only the negative aspects of becoming independent, with businesses told to expect an ‘uncertain future’, however, the results show that many owners aren’t phased by Brexit and actually think it will have minimal effect on their business. 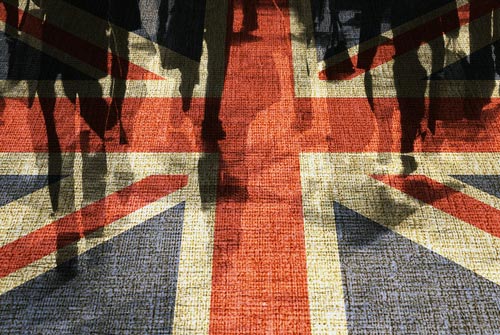 74.18% of SMEs said leaving the EU would only have a slight effect, no effect, or improve their business in the next 12 months. In contrast 25.82% said it will damage their business greatly. It’s nice to see that many SMEs are remaining positive about the future even though they may not have wanted or expected to leave the EU.

Tony Pegg, CEO of Capify, said “When the results were announced on the 23rd June, many people were left feeling shocked and uncertain about their future. There’s also been lots of negative comments made in the news, causing people to feel even less confident. However, we need to look at this in a positive light, we all had the chance to vote and we chose to leave. For many years the UK has had a strong economy, ranking 5th in the world, the EU also made business owners stick to strict and often ridiculous regulations and now we are free of that. I am happy to see that so many business owners are still feeling positive about their future, as long as they work hard and adapt accordingly, they will thrive.”

As part of the survey, business owners were also asked whether they thought leaving the EU would make it more challenging to raise funds for their business. 54.36% said they thought it would have no effect, whilst 3.97% said it would greatly improve their options and 1.45% said it would slightly help their business raise finance. On the other hand, 19.83% said it would severely or slightly (20.83%) limit their options for funding. Alternative finance has now become such a popular way to raise funds efficiently, SMEs know that they will continue to be supported by innovative lenders.

Business owners who are feeling nervous about being able to raise finance in the future should try not to worry. Although the banks are tightening up their lending in order to protect themselves, there’s so many other options available which are more flexible than traditional funding options. Alternative finance was created so that business owners always have somewhere to turn when they want to grow their business, and there’s so many different options available which work well with different sectors.

If businesses need additional capital to continue thriving, now could be a good time to raise funds. The strongest of SMEs know how to withstand turbulence by maintaining their growth in changing environments.

This survey has given us a true insight into what business owners are really feeling about Brexit. Many SMEs are un-phased by the results and will continue to carry on working hard and being motivated regardless. They also know that they will still be able to access the vital funds needed to grow and thrive despite economic uncertainty. For those who are still worried, they will continue to be supported by everyone in the UK including their fellow business owners and consumers. Now is the time to be driven, take new opportunities and continue impressing your customers.