How do you start a business from your bedroom? How do you move to the next level? We speak to Laurie Ainley of Donative to give us an insight into the rapidly changing world of startups. 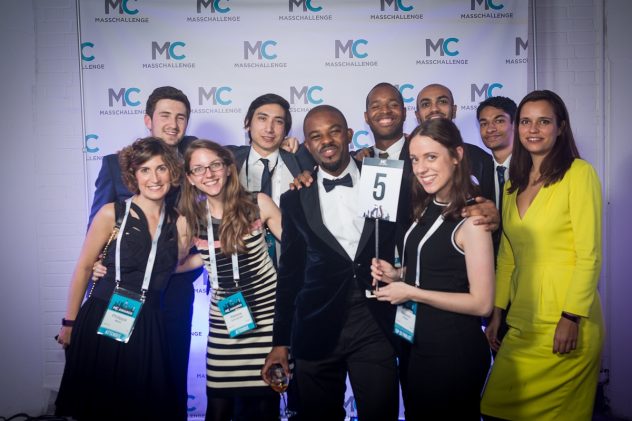 What exactly is Donative and how does it help people?

At Donative, we’re working to inspire a new generation of giving, particularly amongst younger people. We make the act of donating money to charities rewarding and engaging through inspirational bite-sized storytelling, and enable charities to communicate the impact of their work more clearly so that they can both attract more donors and keep existing ones engaged.

How did you come up with the idea for your business?

I first thought of the idea around 18 months ago, frustrated at the nature of the communications I’d receive from the charities I supported. Whether it was an overly-scripted phone call or a long and unengaging newsletter, it felt like charities were missing an opportunity by not taking advantage of the online environment that is so conducive to sharing information. There has been a lot of flux in the charity fundraising space over the last 15 months as issues around overly aggressive fundraising tactics have come to a head, which has underlined the opportunity to redefine the donor experience in my eyes.

Where did you start your business? How long have you been trying to make it a success?

I started off at home shortly after leaving my last startup after 6 years there, and then quickly gravitated to various coffee shops around Old Street and Farringdon. A couple of months later, we successfully applied to MassChallenge and joined 90 other startups on the first UK cohort, which came with much more suitable working conditions at Tobacco Dock in Wapping. We’ve been working for about 12 months to build a product that satisfies customers on both sides of the equation, but only launched the first version a few months ago, so it still feels quite early in the journey.

What has MassChallenge done to help you and your business?

MassChallenge has been incredibly helpful in many different ways – aside from the free office space, office hours with experts of various disciplines, access to mentors and bootcamp sessions, I’d say the most helpful aspects have been the willingness of the MassChallenge team to leverage their connections to help us, as well as being in an environment full of driven, passionate and supportive entrepreneurs.

Is there anyone you look up to as a business? Who inspires you?

Companies like Buffer are inspirational to me – building a successful business while also questioning established conventions in the interest of transparency and fairness is certainly something to be lauded. I also find successful entrepreneurs who have built empires from scratch and committed to redistributing the majority of their wealth in their lifetime inspiring – the amount of life-changing work being done by the Gates Foundation (and I’m sure will be done by the Chan Zuckerberg Initiative) is a great example to be set by prominent business leaders.

How did your friends and family react to you starting Donative?

Very supportive really – which is pretty important in case I ever have to relocate to one of their sofas! I’m fortunate to have a lot of friends in the startup world who understand what it’s like, as well as many inspiring and talented friends pursuing their passions in other realms such as art, filmmaking and music. My parents are quite entrepreneurial themselves (although I’m not sure they’d describe themselves that way), having started a fashion boutique in Amsterdam, a software company and an audiobook production business in years gone by.

What are the biggest challenges you have faced and how did you overcome them?

It’s been challenging so far to break the chicken and egg problem that comes with getting a two-sided marketplace off the ground – I wouldn’t say we’ve overcome it but certainly got a much better idea of how to subsidise either side to give the right incentive to sign up. Additionally, it’s been a really steep learning curve coming into the charity sector, which I’ve only previously had experience of from a donor/volunteer perspective. It’s taken time to understand customers’ needs and how feasible different things are, but it’s just a case of continually chipping away at the problem and popping bubbles of uncertainty as we go.

What advice would you give to anyone wanting to start their own business?

Ideally find someone amazing to embark on the journey with – two founders are worth more than the sum of their parts, especially when it comes to developing ideas and keeping yourselves motivated. If you can’t find anyone else, make sure to surround yourself with a solid support network, both personally and professionally. Also start with the smallest (and cheapest) possible prototype to test your idea before jumping into building an MVP – often you don’t need to build anything at all to get a sense of whether your idea has potential – it can be done with pen and paper, low fidelity wireframes or one of a number of free online services.

What is the best advice you have been given or have read?

Some advice that Fred Destin gave at one of the MassChallenge bootcamp events stuck with me – that the best CEOs embrace fear and make decisions under conditions of anxiety and uncertainty. Also as someone who has moved from building platforms as an engineer into product management, there’s a great quote from Peter Drucker that is pretty much the gospel for decision making when it comes to products: ‘There is surely nothing quite so useless as doing with great efficiency what should not be done at all.’

Where do you expect to be in a year?

I hope that in a year’s time we’ll have developed our platform into one that allows people to easily understand the impact their donations have, and inspires them into forging loyal and enduring relationships with the charities they support. We’d love to have scaled up to have hundreds of charities on board and built a loyal community of supporters who want to make a positive difference in the world, while also helping to restore trust in the sector as a whole.

How to create an impassioned charity application?

Dominic Lill - July 13, 2016 0
Work, leisure time, and family – an arena that gives meaning creates a sense of belonging but also an area of potential conflict. We want...
We use cookies. To learn more, read our Privacy Policy.Ok