We chat to Dafydd Lewellyn, MD of UK SMB at Concur who have released a report exploring the economy of the constantly-connected era we now live and work in. 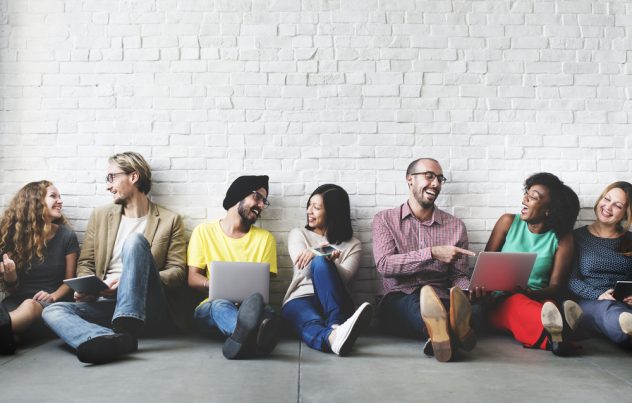 Launching today, Concur, the world’s leading provider of integrated travel and expense management solutions and services, have worked alongside data science consultancy firm Profusion, the Centre for Economics and Business Research (Cebr), Steve Flatt, Psychologist and Founder of the Psychological Therapies Unit and the Royal Society for the Encouragement of Arts, Manufacturers and Commerce (RSA) for a major new report. Entitled Virtual Instanity: Into the age of the on-the-go economy, this report looks to discuss constantly-connected era that we now live and work in.

What exactly is the on-the-go economy?

The idea of the OTGE economy stems from the rise of internet and mobile connectivity, and the impact that this has had on both our working and social lives. The outcome of this has meant we now expect more of both our own time and that of others. This has created a fascinating set of societal, cultural and business challenges which all come together to create a form of ‘virtual instanity’ – we need to do everything, and we need to do it straight away. The idea of working on the move, maximising time and multitasking is the heart of what we mean by the on-the-go economy.

What impact is this having on working habits?

In the on-the-go economy, time has a real value, both economically and psychologically. It now makes sense that people want to maximise every moment of that time, from shopping on-the-go, to messaging and even watching TV programmes while commuting in the morning. And therefore, it follows on naturally from there that businesses are expecting their employees to be able to manage matters in the moment, wherever they may be.

Interestingly, entrepreneurs seem to be less affected – perhaps because they have more control over their time and working in the best way possible for their own style. In an enterprise that spans different time zones and regions, that’s sadly just not the case.

What is it that has given rise to the on-the-go economy?

Put simply, this has come about from a perfect storm of mobile technology, an insecure workforce and the demands of a younger, digitally-native generation. These have combined so that people feel that they need to be always on. Mobile connectivity is central; as smartphones have matured, the range of activities we are able to conduct has expanded hugely – though not as quickly as our expectations, or other’s expectation of us as connected individuals. Unfortunately, this always-on expectation is leading to presenteeism and burnout on a widespread scale.

Generation Z is then also pushing this trend further as a constantly connected lifestyle comes naturally to them in comparison to older generations. Long-term, we think that this could hold the key to developing a more productive and robust economy that works for everyone.

So is this a productivity issue?

We were promised that mobile would be accompanied by new highs in productivity. But instead, it seems that productivity growth has struggled to keep pace with the pace of technological change. Productivity is a problem for economies around the world, but this is especially pertinent in the UK. Mobile was supposed to solve this, but that’s yet to fully happen.

We are seeing a movement towards a project-based economy, where teams of workers are pulled together to deliver a particular set of tasks in a time period. Digital skills are central to making this work, but as of right now, the automation and efficiency being seen in industrial processes isn’t present in the broader service industry. Automation apps are certainly going to have an impact on the productivity, with incoming trends such as chatbots allowing us to not spend as much time on time-consuming, dull activities.

What will this mean for businesses moving forward then?

The fact is that, despite the high numbers of UK micro-businesses, the overwhelming majority of people work for larger enterprises. But throughout the shift to the on-the-go economy populated by the project work we spoke about earlier, we’ve seen a rebalancing of this, where we can find a far wider range and variety of employment. This is a problem for larger enterprises, who can seem dated and inflexible when compared to a shiny tech unicorn.

Therefore, the on-the-go economy means employers need to carefully consider how they position themselves. Yes, they need to cover the classic career path (salaries, opportunities, progression etc.), but also focus on flexible and remote working, training in lifelong skills, and a consideration for wellbeing – physical, psychological and financial. It could well be that we see a move back to 19th century supportive business models such as those pioneered by the likes of Bournville. In a few years, we could see company-sponsored accommodation as the norm.

Is the on-the-go economy going to keep evolving too? Rather than just adapting to what it brings right now?

Yes, we firmly believe that the on-the-go economy will continue to grow and develop as technology moves forward and we see new trends emerging. 5G should become the norm in the next five or so years, bringing with it a huge amount new capabilities with rich media travelling across the globe almost instantaneously. And that’s before the promise of enhanced security, more efficient energy use and far better indoor reach.

A true and fully-established Internet of Things will deliver a sixth sense to businesses and entire cities, with anticipatory services being able to deliver what we need as soon as we need it. Of course, this may sound a little like science fiction, but chatbots and AI will simply form part of a more complex device mesh, along with existing technology such as smartphones.

The vision and the promise for the future in an on-the-go economy is for many people both thrilling and frightening. And for businesses of all sizes and types it comes complete with new opportunities and challenges. By embracing new technology, deploying this in a smart manner, and managing the wellbeing of employees, businesses are in a great position to transform the way in which they work and their employees live.

How can businesses protect themselves from a power outage?

The best devices to start making your home smarter

The global economic impact of the US-China trade war

How cryptocurrency is shaping the world

Service 4.0 can hold the key to the ‘productivity puzzle’

How SME’s can financially prepare for Brexit

Boost your career with English courses

Dominic Lill - January 4, 2017 0
Year on year, many people come to the UK to learn native English from the source. Still considered one of the most widely spoken...
We use cookies. To learn more, read our Privacy Policy.Ok