British business is under threat from a decline in professional networking opportunities resulting from the ‘death’ of the business lunch, according to research by Bookatable.co.uk. 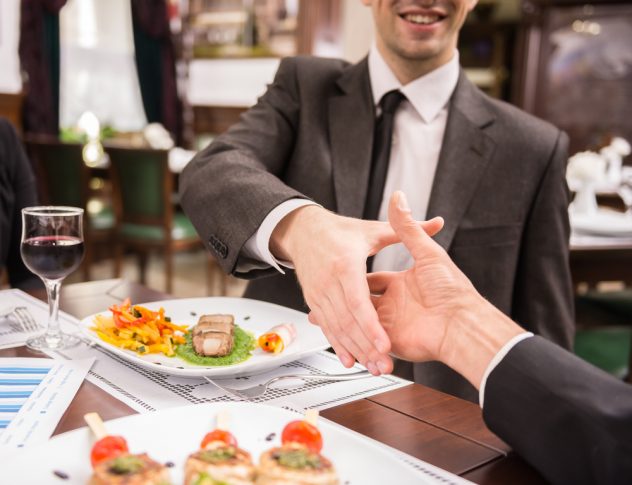 The study, commissioned by restaurant booking platform, Bookatable.co.uk, reveals that two thirds of Brits (66%) who have been working since the 80s have seen a decline in business lunches over their careers. 30% of workers in professions that rely on relationship building – such as marketing, advertising and PR – worry that the decline could harm their business.

Whilst it may be seen as a dying art, over a third of workers (34%) admit they would be more inclined to renew a contract or use a supplier after being wined and dined. A further 18% believe that suppliers who take them on business lunches care more about their business. Nevertheless, a quarter of Brits (25%) feel they go on fewer business lunches now compared to when they first started work and 38% feel it is less acceptable to take time out of the office to attend lunches.

Financial pressures (41%) and a lack of time (28%) are both factors in the decline of business lunches, with 17% of workers believing fallout from the “credit crunch” contributed to the death of the practice. Workplace pressures also play a role, with a fifth of Brits (19%) saying staff shortages mean they cannot take time out of the office to attend business lunches. Moreover, one in ten workers (13%) have been told not to attend a lunch by their boss in recent years.

The majority (79%) of those who have been working throughout the last few decades cite the 80s as the ‘heyday’ of the business lunch, with almost half of workers (44%) having access to an expense account to pay for business lunches. This is in stark contrast to modern workers, who must stick to a budget when business lunching (45%) or use more affordable chain restaurants as business lunch locations (36%).

When it comes to modern business lunches, a speedy third of modern workers (34%) will race through a business lunch, spending an hour or less at the table. The average spend today of £35 per head is a fifth (20%) less than their peers in the 1980s used to spend (£42 per head).

For businesses in the 80s, eating in Michelin starred restaurants was the norm for 22% of Brits and lunch was a much longer affair spanning two to three hours for three quarters of workers (75%). A third (29%) even admit to often returning to the office drunk after a business lunch during the ‘heyday’.

When looking at alcohol consumption at business lunches, a fifth of workers in the 80s (21%) did not consider a business lunch to be a success unless the client was drunk and 39% of workers believe that there was a more relaxed attitude to drinking in the 80s. Whilst a quarter (24%) of 80s workers would drink three to four drinks each at a business lunch, only half that number (12%) of modern workers drink the same amount with 38% choosing not to drink alcohol at all at business lunches.

Commenting on the findings, Bookatable CEO Joe Steele, adds: “Compared to the seemingly decadent days of the 80s, the business lunch has been on the decline in recent years. Our research shows that perceived expense and a lack of time are major contributing factors – but many restaurants now offer incredible lunchtime deals coupled with speedy service. Doing business over lunch is still a fundamental way to build vital working relationships. We want to encourage British business to get out of the meeting room and into the dining room.”

Dominic Lill - May 13, 2016 0
Planning a business event, whether you are hoping for thousands of attendees or 50, takes careful planning and strategy.  Incentives must be given for...
We use cookies. To learn more, read our Privacy Policy.Ok