Nearly half of the UK is looking to join a new gym a recent survey has revealed, meaning that the health and fitness industry is quickly becoming the best way to tap into British consumers. 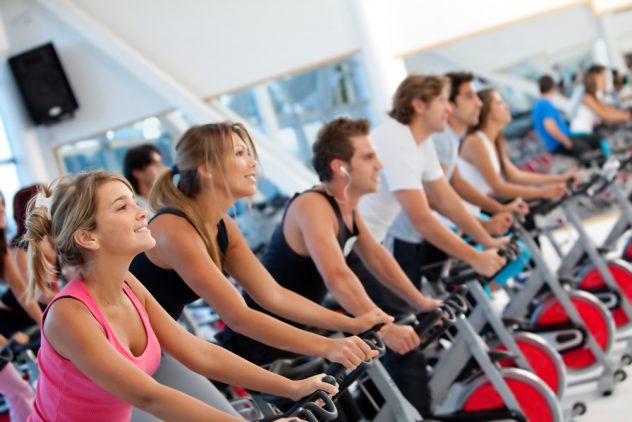 Industry research has found that 34% of UK adults aren’t members of a gym but would like to join one and a remaining 12% are members but are looking elsewhere. Factors influencing these decisions included the level of service offered at the gym and the fees. The data also revealed that 79% of Brits have at least one health and fitness goal and evidence shows they are happy to invest in it. Britain’s changing attitude to fitness has led to a dramatic surge in popularity of gyms, with the demand for health clubs rising by six per cent in just over a year. More affordable versions of health clubs, led by franchised companies, are now starting to dominate the market.

Brett Edwards, general manager at Anytime Fitness said: “The UK’s attitude to health and fitness has changed dramatically in the last five years. Back then for many of us, going to the gym was a chore reserved only for getting in shape. Now working out has become so much more than a way of losing a few pounds – it is part of our identity. Gym goers are sharing selfies of themselves, using apps to keep track of their fitness goals and meeting their friends for a catch up on the treadmill.

“Access to gyms has increased dramatically; they are on our high street and range from budget to high end. Our job is to strike a chord with these consumers and appeal to them as a club not just a place to work out.

“Investing in a health and fitness franchise is one of the smartest business moves you could make in 2016. It is such a lucrative market, consumers are starting to get smart about what they want so businesses need to wise up to that too, as this survey suggests. One of the fantastic things about joining a franchise as a way of getting into this industry is that it’s a proven business model, with a brand that people trust and recognise. There’s no agonising about how to brand your business, all you need to bring is enthusiasm and a determination to deliver.”

Franchising is in the best shape it’s ever been, with 97% of franchise owned units reporting profitability in 2015 according to independent research from the British Franchise Association.

In the past year alone there has been a significant growth specifically in fitness franchises, corresponding to the UK’s increased interest in health and exercise. Pip Wilkins, the bfa’s CEO, comments: “The nation’s health and fitness is regularly in the news and that’s helping to drive demand for gyms and health clubs. There is a wide range of business opportunities for different budgets. More choice in a growing marketplace means entrepreneurs are taking notice.”

3 ways to make your communication policy match your leadership style

Dominic Lill - January 10, 2017 0
Earning the respect of your employees isn’t just about being an impressive company leader who can turn a profit, but also has to do...