This week we chat to Chris Elsworthy, CEO of CEL Robox manufacturer and designer of desktop 3D printers. After a successful Kickstarter campaign, worldwide press coverage, and 18 months perfecting the printer it is now available to consumers. 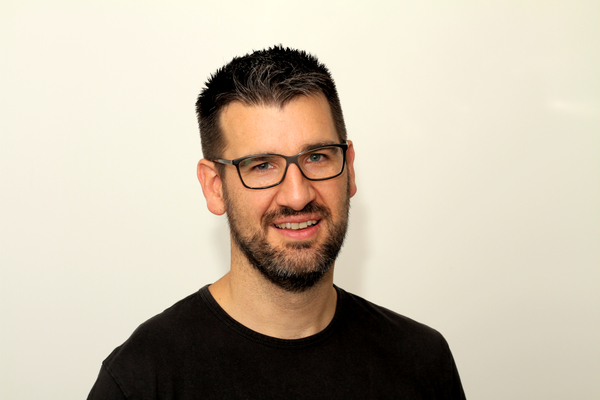 My favourite part of the job has to be the fact that I can be creative and do what I love – making things. Since I was a child I have been known for fixing things, building things, dismantling them and putting them back together! It is great to put my lifelong passion into practice through the projects I work on with the team and seeing them through, from concept to market.

I’m lucky in that there is nothing about my job that I don’t love. However, my least favourite part would be when we have to rework scheduling of product releases due to production delays beyond our control. This can be a frustrating at times as it has a knock on effect on the entire timeline. But we always try to best prepare for situations such as these and allow more time for the production process than first estimated.

What inspired you to start your business? (And what made you want to be your own boss?)

I’ve been in a few interesting roles in the past, but in those jobs I was always working on someone else’s concepts and creations, while my mind was buzzing with my own ideas. That’s when I started thinking that I should put some of these ideas into practice and focus on getting them to market. Before I had even thought about creating Robox, I had the idea for the POWER8workshop. I decided to take the leap and launched the product, which led to the expansion of the range with other tools to help professional tradesmen and home DIY enthusiasts.

Working for myself means that I am not restricted and can capitalise on opportunities and start prototyping my own ideas as and when I choose to. The pressure of running your own business can be difficult at times, but I find it far more rewarding and I can’t imagine myself doing anything else.

How did you fund your business?

For the most part, we are privately funded. We did seek external funding when launching the Robox 3D printer, and turned to Kickstarter for that. People saw potential in the Robox printer and we raised almost £300,000, which was used to support the final stages of product development. Kickstarter was a great platform for us, as the community gave us invaluable feedback and supported us to help perfect the printer for launch. Now the printer is doing well and we’re using any revenue to continue to enhance and evolve the product.

Have you made any mistakes along the way and how did you overcome them/learn from them?

I wouldn’t say that we’ve made any mistakes along the way because I’m a firm believer in learning from any setbacks and using them to make your product even better. But one thing that I do wish I had done differently was to take advice when it was offered to me when first starting out. Prior to CEL I had no sales experience, so a long period when first starting the business was spent learning how to sell to different buyers across various target markets. I had the prior knowledge of technology which was helpful, but knowing what deals to make and what not to do proved tricky in the beginning. It was a skill that I simply had to develop over time, but being thrown in to the deep end allowed me to develop the confidence to sell much faster.

What would you be doing if you weren’t running your own business?

I really don’t think that there is anything else that I would rather be doing. I am in a job that gives me creative freedom, flexibility and the opportunity to practice my passion for technology and engineering. If I had to choose another path, it would be a dream to either work for Lego, or to design bespoke handcrafted furniture!

Do You Have an Entrepreneurial Mindset? Then You Should Keep These 3 Things in Mind