The world that we live in is constantly changing – living in an ever-growing and ever-developing digital age. Now, we are using smartphones to perform the most complex tasks – effectively using it as a portable computer – and using the latest smartwatches to book meetings and send SMS. 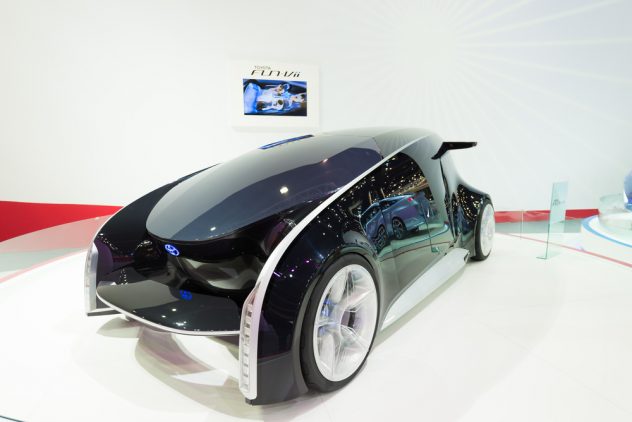 Wireless technology and ‘The Cloud’

Wireless technology is all around us and we use it every single day. Anything that transmits data without the use of a physical link between the start and end points is wireless technology. So I bet it’s incredible to think that there is a growing interest in wirelessly connected cars, right?

Companies such as Qualcomm and WirelessCar are investing a lot of money into developing wirelessly connected cars. These cars will be able to ‘communicate’ with each other in scenarios such as traffic jams and even accidents that have occurred. There is also a push for ‘smart infrastructure’, such as traffic lights’, that will be able to ‘tell’ cars when to move and stop, potentially improving traffic flow and even increasing fuel efficiency.

However, all this data needs to be stored somewhere… That’s where ‘The Cloud’ comes in. According to one report, the amount of data that a wireless car will send to ‘The Cloud’ every hour is a staggering 25 gigabytes – this is more than most smartphones are capable of storing. This data will record everything the car has to offer, from telematics to weather and road conditions.

Motorsports are watched all around the globe, from NASCAR to the legendary Formula 1. The UK are specialists when it comes to motorsport engineering, from extremely high-quality aerodynamics to investment casting processes, such as the ELITE process investment casting. Each of these contributes to these ever-developing sensational machines.

Qualcomm have also invested money into this sport and, as an Official Technology Founding Partner, have teamed up with companies from all around the world to bring a new type of motorsport – Formula E.

Formula E is a motorsport where electric-powered vehicles are the dominant class. With brand new technologies being introduced each year, the sport is constantly evolving and is sure to develop into a sporting powerhouse.

The influx of moving assembly robots

One of the most famous car manufacturing pioneers, Henry Ford, was responsible for the introduction of the moving assembly line – a great way to incorporate machines that were able to lift incredibly large loads without injuring or impacting the rest of the factory line.

Advances in computing, and even quantum computing, means that certain processes are now performed a lot quicker than previous machines. This would change how vehicles are manufactured, meaning that certain processes could be performed in a much safer and efficient way, or it could even mean that working hands will be thrown out of the loop altogether, creating a purely robotic process.

With the fast pace at which changes occurring in the modern world, it pays to understand the technological developments; not only as it enables you to adapt accordingly, but also to be able to revel in the interest and intrigue from a by-stander’s point of view! There are a lot of exciting changes manifesting themselves across a whole host of industries, so it makes sense that an industry so consistently at the forefront of technological advances, finds itself at the crest of a whole host of further advancements.

Dean Group are leading experts in investment, pressure, gravity and die castings, delivering high quality solutions to a whole host of industries across a plethora of sectors, from aerospace to transport.

Eco-friendly construction: what does it mean and how does it work?