There’s a lot of controversy right now around crowdfunding and I think it is fair to say that the jury is still out whether crowdfunds deliver on their promise. That said for many entrepreneurs and start-ups crowdfunding campaigns have become the go-to funding strategy to get their businesses off the ground or to the next stage of growth. You only have to google crowdfunding and you become oversaturated with ideas. At the same time however there are no certainties that any particular campaign will succeed. 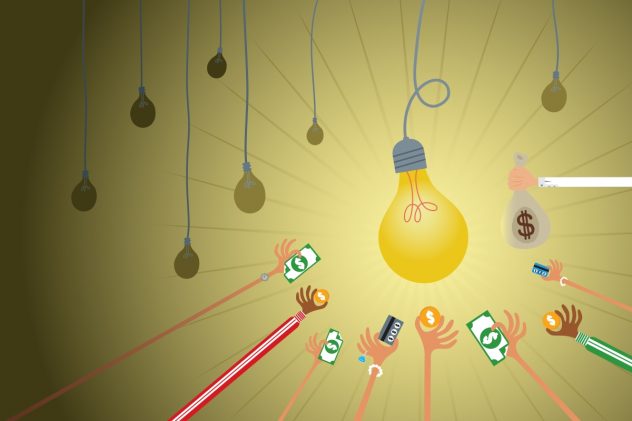 In the past, getting funding for your idea took a lot of legwork. In today’s world, the ease with which we connect with one another via digital videos and social media focused marketing gives businesses an opening to share ideas and get investors interested.

However don’t be misled. There is still a huge amount of legwork that goes into a successful crowdfunding campaign. I say this from a position of experience having just successfully completed Pocket App’s crowdfunding campaign, which ended up being overfunded. Our activities included a combination of both traditional and modern strategies and I learned that while it’s important to ride the wave of the latest trends, combining these with tried and tested methods leads to enormous success. Here’s our story.

As the UK’s largest independent app developer we had experienced several years of rapid growth and were keen to make the leap into the super-premium space. Although we were a profitable organisation, the ambitious transition would require more investment than we had readily available from reinvested profits alone. So, with that in mind, we decided to embark on a crowdfunding campaign to raise £750,000.

We researched the market and decided that the Seedrs crowdfunding platform offered us the best approach and terms. That said I think the other platforms are very similar in how they operate. Key to our success was that we knew right from the outset that how we executed the campaign would be crucial as success is dependent on exciting the crowd.

We created a detailed plan before the campaign went live. This included a short investor video which showcased our work approach and people. We also devised a spreadsheet of every potential investor – friends, family, customers, partners, suppliers, previous investors and so on – and created a plan of how and when we would contact these people.

All our research around crowdfunding told us that this is about consistently getting regular investment rather than lots one week and none the next. This meant we needed to have scheduled our social media, PR and marketing activity for the whole campaign before we went live.

We held a private launch to angels, private investors, customers, existing investors and friends and family. The main objective was to drum up interest, excitement and funding ahead of the public launch. In essence this was a soft launch and ran for about two weeks ahead of the public campaign. This helped us to create buzz and excitement. It meant that we already had funds listed when the launch went public so that the public investors were enticed to ‘follow the crowd’. It also helped us build momentum not only in the lead up to but during the public launch.

Our private launch involved around 50 people. A private launch means that only people who have your campaign URL can see and invest in your pitch. This allowed us to manage our pitch marketing and traction by getting early investors we already knew before opening up the campaign to a wider, more public audience.

Ahead of the private campaign launch we provided all employees with an employee engagement pack so that they were well versed and able to advise any potential investors about the campaign.  This internal engagement was critical to the success of the campaign. It ensured employees truly understood how it all worked and were engaged with the process.

We also put together a host of perks such as free consultancy, design and workshops that we could advertise once the campaign went public. We realised that it only made sense to take our campaign public once we had raised over 40% of our funds privately.

The public launch involved those who were listed and involved in the Seedrs platform and the wider market.  In essence anyone that we could drum up interest with who might be a potential investor.  This public campaign ran for a maximum period of 60 days and Seedrs shared our campaign with its active investor base. Our campaign appeared in the search results and anyone logged into Seedrs as an investor was able to see our full campaign and invest in it.

We targeted a whole array of potential investors including potential customers who might be interested in investing in a fast growing app company. We targeted entrepreneurs who are serial investors, high ranking digital individuals in big blue chip companies, corporate clients and existing customers, friends, family and existing investors as well as brands and digital marketing agencies.

Throughout both the public and the private campaign it was important to send weekly emails to our audiences in addition to regular Facebook, twitter and LinkedIn activities. We realised that we needed to release funds slowly and tactically. As a result our campaign helped us to drive partnerships with our customers.

Also critical was the regular communication to all the investors on the Seedrs platform. We also hosted an investor event enabling folks to visit our offices to really get to know the Pocket App team. We hired a PR company, C8 Consulting, to help get the message out and C8 created a crowdfunding database of target journalists and publications and drafted regular announcements. Finally we created an investor pack inclusive of case studies, press releases and a business plan.

In terms of lessons learned, when we prepared our messaging there was a long list of ‘dos and don’ts’ attributed with crowdfunding. For example, you cannot directly ask somebody to invest in your campaign so you need to take this into account upfront.  Equally 60 days might seem short but it is a long time to sustain momentum.  We learnt not to publicise all our news in one go but to drip feed through social, short video clips, news announcements and blogs throughout the duration of the campaign. This kept us up on the front pages of Seedrs website and regularly we were the top ranking company on Seedrs newsletters and roundups each week.

In the end we raised what we needed but there was certainly a big push and a host of activities both in the lead up to and during the crowdfunding period. As a result we are now enjoying the fruits of our labour and moving to the next phase of development. If you are interested in finding out more about Pocket App do contact me on 0207 183 4388.

Launching a business from home: What entrepreneurs need to know