In an increasingly virtual world, in which computers, Apps and social media channels are king, it’s easy to jump to the conclusion that networking is an anachronism and that hits, tweets, posts and shares are the only thing that matter in business. 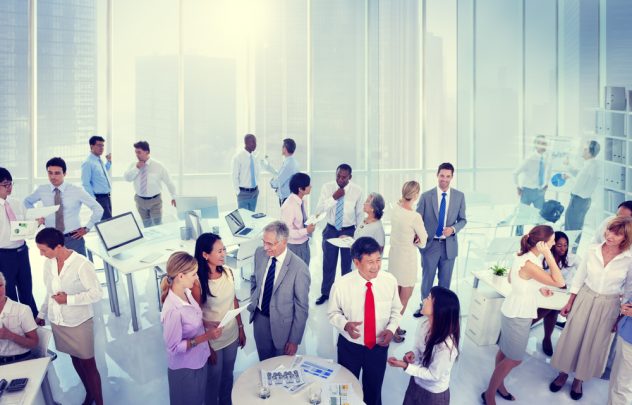 But the evidence points to something else altogether – that networking is absolutely crucial to a business’s success, growth and stability and that, without the face-to-face engagement it provides, small businesses, in particular, miss out on major opportunities.

Leading small business support organisation and networking opportunities provider, the Federation of Small Businesses (FSB), guides us through the argument in favour of networking and explains why it should be one of the cornerstones of any smaller business’s marketing strategy.

FSB says that the first benefit of networking is that it creates forums in which you can meet like-minded individuals and derive energy and motivation from fellow entrepreneurs and business brains. Networking can leave you inspired and enthused, whilst having like-minded people enthuse about your product or service can create a real buzz.

Half of all communication is non-verbal, so presenting your business and its offering to other attendees, on a face-to-face basis, is a great way of eliciting feedback through facial expressions and body language. Increasingly, we are losing such opportunities to adjudge reactions, so networking is a great means of collating feedback that can then be used to tweak or redefine a product or concept.

Most smaller businesses simply couldn’t afford to pay for the advice, help and mentoring support that you can derive from networking. Approach it with a view to listening to other businesspeople, learning from their insights and recognising that you don’t know everything. You can reciprocate by contributing the benefits of your own experience, which has its own rewards, in terms of a feel-good factor and the goodwill that you bank in the mind of someone who could one day return the favour with a business referral or contract.

Networking is a great way to increase your credibility in your local business market. Your knowledge, insights and experience can all be imparted to others, enabling you to often box above your weight as a small business and knocking down any barriers that may have otherwise been in the way of other businesses using you, or recommending you.

This may seem a cliché, but it’s true. We tend to prefer to deal with people we like and trust and being able to build a picture of someone before opting work with them, through face-to-face encounters in the non-committal environment of a networking arena, is a huge bonus.

Many business deals are signed and sealed purely because of networking. Whilst some networking is a slow burn, there is much more that isn’t and it is an ideal marketing platform to seize upon, if you wish to bring new business through your door quickly, as well as in the longer term. The rate of return on networking can be much higher than that of advertising and networking also has the advantage of generating word-of-mouth recommendations. Just give it a go and see!

Not all networking is about seeking or finding customers. Networking events are also great for forging alliances with new business partners, suppliers, investors and employees. Keep your mind open to all possibilities and you will maximise the value from your attendance.

Meeting other business people and engaging in one-to-one conversation with them can be a great way to build up both personal confidence and your belief in your product. It can also help you segment your target audience and create different sales messaging for different types of people, as you will meet people from across the business spectrum at networking events, with an array of different needs and wants that your product or service may be able to satisfy, if pitched correctly. Selling is all about confidence and that’s what networking can give you.

Getting out of the office

An increasing proportion of the business population are now working from home – a lonely place to be at times and somewhere from where it’s hard to benchmark where you sit in the market. Getting out to networking events will give you some vital social interaction, help you realise you are not alone and also give you a feel for what others are doing and where your business should be heading.

Networking events involve vibrant exchanges of information and foster creative thought and problem solving. This makes them a great catalyst for new ideas, concepts and ways of doing things, so use them as a springboard to innovation and you will derive even extra value from the time you spend at them.

Networking is not just about meeting the people in the room at any one moment, but recognising that you are also tapping into the networks of fellow networkers. Never look at a name badge and decide someone isn’t worth talking to, as you have no idea who they know, or who their customers are. Introductions to the people on your customer wish list are like gold dust and the more you network, the better the probability of you one day getting that much-coveted mobile number.

To sum up, networking is multi-faceted and should produce numerous benefits. The secret is to approach it with an open mind, a willingness to talk to anyone and share information, and a good strategic follow-up process that sees you dropping new contacts an email the following day and acting on leads and ideas. Devote your energies to a few key actions after each event and channel the positives, not the negatives.  You will soon be eagerly checking your calendar to see when the next networking event is coming up.

More information about FSB Networking can be found at www.fsb.org.uk