When it comes to the temporary workforce, the issues with Brexit are obvious, aren’t they? With the temporary workforce in mind, there are two questions on everyone’s minds. Firstly, how will Brexit affect the availability and quality of people engaging in not just temporary work, but any work in the UK? This is especially pertinent if a cap on the free movement of EU workers is negotiated. As EU migrants contribute substantially to the unskilled workforce in the UK, does shutting our borders mean we’ll have a shortage of workers in the unskilled labour market? 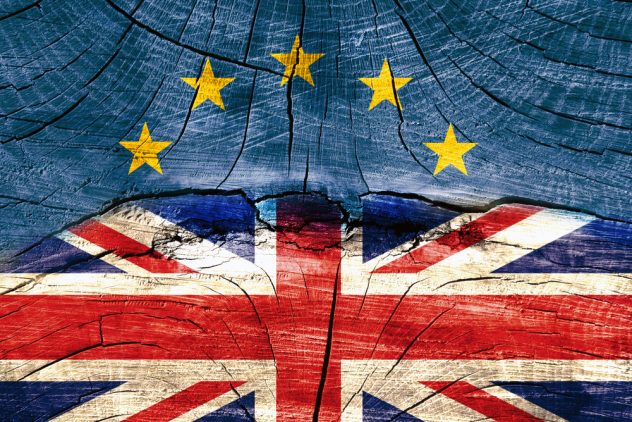 Secondly, but by no means in order of importance, what does Brexit mean for international business and foreign investment in the UK? If, as predicted by many in the ‘remain’ campaign, foreign businesses move their operations out of the UK, could we be looking at a shortage of skilled jobs?

The future of free movement and the EU labour force

A fact sheet published by the European Union, describes the freedom of movement within Europe as ‘the cornerstone of Union citizenship.’ It’s a cornerstone we’ve never really signed up to, first opting out of the Schengen agreement, and now Brexit. Free movement is an ongoing source of controversy for the Eurosceptic camp, and they are doing their damnedest to have their way.

No one can predict how the Brexit negotiations will unfold, but it’s already clear that the British government have a battle on their hands when it comes to trade and the free movement of people. The former Belgian Prime Minister Guy Verhofstadt, who is responsible for leading the Brexit negotiations with the European Parliament, has been vociferous with his view that there’s going to be no Brexit deal without the free movement of EU citizens.

The UK workforce will be affected either way. If free movement continues in some shape or form we have to consider whether EU workers even want to come. If economic uncertainty plagues us will some workers stay home or go to other European cities instead? If movement is restricted it sends an equally unappealing message to those who value inclusion. With the NHS and the care industry recruiting many foreign workers it begs the question of how they will cope.

The evolution of the temporary workforce isn’t a new phenomenon. The temporary workforce has been evolving to its current position since the 1940s. Businesses of all shapes and sizes now have a long established tradition in using temporary workers to manage the fluctuation in their workload. Skill shortages and a lack of quality candidates has continued to prompt business to utilise temporary staff while they find the right person for the job.

The introduction of zero hours contracts came before Brexit. So what difference will Brexit make to an already established fixture in business employment strategy? It’s likely the zero hours contract market will flourish as a result, especially if leaving the EU has implications for essentially EU driven Employments laws.

The post-Brexit rise in temporary employees

There’s no surprise that there has been a high demand for temporary workers post-Brexit. It’s a question of economic uncertainty, not necessarily as a concomitant of Brexit per se. Brexit is a huge unknown for many aspects of governance and British life, including economic instability and its recovery. It’s unclear what the effects on the temporary workforce will be, just as it’s unclear what the future holds for immigration, sovereignty, and the UK’s trading position, along with implications on human rights and employment laws, underpinned by the EU.

Freelancers, the internet and a global workforce

Forbes published an on-line article in 2015 predicting the rise of self-employment and the on-line freelance market. Temporary workers and flexibility around working hours from an employee and employer perspective isn’t a new phenomenon. Online platforms are enabling freelancers to offer their services worldwide. The danger of Brexit is the exit of skills.

It’s not all doom and gloom for those of us who prefer flexible working arrangements. IPSE CEO Chris Bryce argues that the UK has one of the most flexible economies in the world and he sees Brexit as an opportunity to reject red tape for the reform of complicated tax regulations hampering the self-employed.

Are we in danger of a mismatched workforce and a loss of skilled workers?

What we do have to consider is the possibility of a flux in skilled workers seeking employment if there’s any movement in foreign investment and international business out of the UK. Another possibility as a result is the movement of skilled staff out of the UK. Manpower recruitment reported in a recent Guardian article that “financial centres in the EU were circling financial institutions in the City to steal work and skilled staff. It said there had been an 800% increase in applications for finance positions in Dublin since the EU referendum.”

What we do know is the temporary workforce is here to stay, what we can’t predict is how Brexit will mould its future.

Class of 2017: Why moving from startup status is easier than...

Dominic Lill - June 22, 2017 3
Taking the leap from startup status to a fully-fledged scaleup is still a subject of much debate and confusion for many entrepreneurs. What’s the...
We use cookies. To learn more, read our Privacy Policy.Ok