Dust lines the tables. Cobwebs cling to corners. Post piles up in the doorway. The room is dull and lifeless. It’s the same in the whole block. No one has been in here in months. No, we are not in the middle of nowhere on some urban exploration trip. We are in central London, in one of the growing number of empty office spaces. 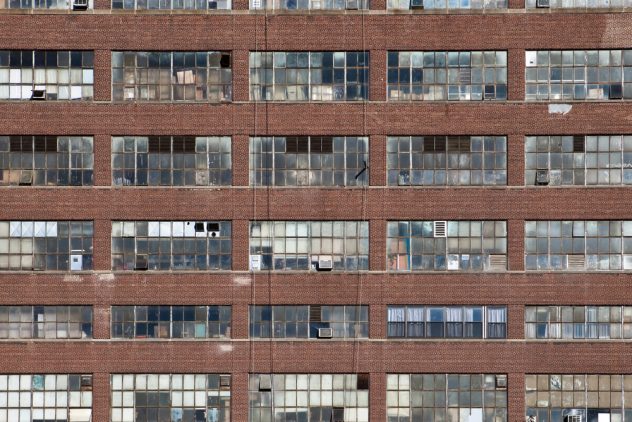 After the UK voted to leave the European Union, it is estimated that 26 million square feet of office space could be abandoned by firms relocating elsewhere. We take a look at why this would happen, and whether we should be worried.

Will the EU passport be revoked?

For decades, the UK’s position in the EU gave it free trade access to the 27 nations in the European single market. Finance firms, many of non-British origin, chose to set up shop in London, allowing their business to trade within the EU from an English-speaking base. This was called ‘passporting’.

But as the words ‘European Union’ are set to be stripped from UK citizens’ passports, business ‘passporting’ may come to an end.

The Telegraph reports on data found by DealX, which suggests 1,900 firms in London will have to move their offices to one of the 26 remaining EU countries to continue their current business models if the UK loses single market access.

In another survey reported in The Telegraph, 57% of 100 top London financial firms said they would have to leave their offices and move abroad if current EU rules were changed, and 56% of these firms have already started planning for this event.

PricewaterhouseCoopers told Bloomberg that 100,000 finance jobs could be lost in the UK due to overseas moves, leaving one million square feet of empty London office space.

It’s not just the financial sector that is fleeing from London, post-Brexit. This list from UK office providers i2 Office suggests that tech startup offices are increasingly moving to international alternatives to a traditional London base.

And it’s not just businesses. Individual tech workers are opting to take jobs in destinations like Berlin over London, and until the British government quells the tech industry’s fears, this could become a strong trend, leaving yet more abandoned office space in the capital.

What happens to brand new offices?

These growing trends will not just leave current office spaces vacated, they will lead to many brand new office spaces being left unfilled. Based on pre-Brexit demand, many office developments have already made significant headway. Matt Goulding of CentreSquare told Forbes that office construction has increased by 28% in the last six months, with 38% of those scheduled to be completed this year.

These new offices will find it difficult to find occupants if London firms begin to migrate. Regis Plc told Bloomberg that it is speeding up its Frankfurt and Amsterdam expansion plans based on a rush of enquiries from financial firms looking to leave London.

Could this panic be unjustified?

Perhaps these initial worries are to be expected in light of this historic vote. Though President Hollande of France has already called for London companies to be blocked from clearing Euro-dominated trades, single market access could be on the table for the UK’s renegotiated relationship with the EU.

The caveat is single market access is unlikely to come without continued free movement of labour, something that many ‘Leave’ voters were explicitly against.

Still, with over two years of international negotiations to go, most of London’s offices will be full of life for a little while longer.

Reviving a marketing plan like a phoenix to a flame